by Cassandra Fairbanks
The Gateway Pundit Students who attend the school’s festival are given t-shirts that say “I love sex.” 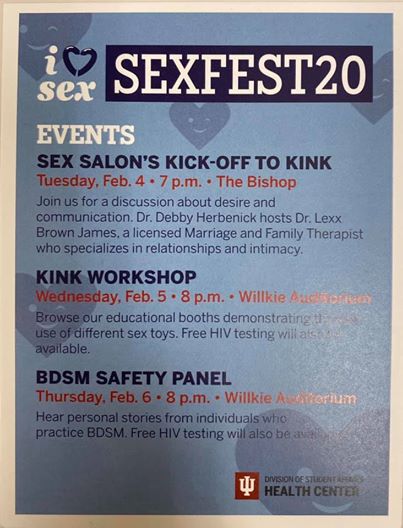 “Another flyer asked attendees to ‘circle things you know you want’ and to ‘cross out things you know you don’t want,’” Campus Reform reported. “Among the options to either circle or cross out in the ‘bondage’ category were ‘rope,’ ‘leather/cuffs,’ ‘cages,’ ‘collar/lead.’ In the ‘sensation play’ category, ‘electricity,’ ‘hair pulling,’ ‘scratching,’ ‘mind fucks,’ and ‘exhibitionism’ were among the options.”

A video posted to Twitter by an upset student also shows a woman in her underwear being whipped while tied up in a dorm hall.

Carney also confirmed that the event is being paid for by the university, saying “…the money comes largely from grants and research funding, but also two student organizations.”