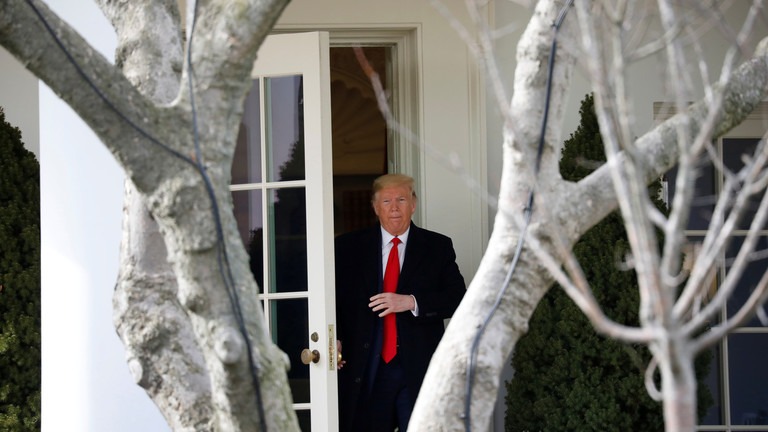 The recall of US ambassador to the EU Gordon Sondland seems to indicate that President Donald Trump is dismissing from service the officials who testified against him in the abortive impeachment proceedings.

“I was advised that the president intends to recall me effective immediately,” Sondland said in a statement on Friday evening, adding he was grateful to Trump for the opportunity to head the US mission in Brussels.

Wow — EU Ambassador Gordon Sondland recalled. His attorney sends me this statement on his behalf pic.twitter.com/UrCfHaENjE

The announcement came just hours after Lt. Col. Alexander Vindman and his twin brother Yevgeny were escorted from the White House, having apparently been removed from their posts on the National Security Council.

Sondland and Colonel Vindman were witnesses in the House-led impeachment proceedings against Trump last fall. After testifying that Trump’s phone call with Ukrainian President Volodymyr Zelensky had not been inappropriate and that no “quid pro quo” had taken place, Sondland famously changed his written testimony to better match the narrative pushed by House Intelligence Committee chair Adam Schiff  (D-CA) – only to qualify it during the public hearing by saying he had “presumed” things “in the absence of any credible explanation.”

Col. Vindman, who was one of the individuals listening on the call with Zelensky, complained to Congress that Trump had deviated from the talking points he had drafted for him. He also admitted he reported the call as problematic to an individual he refused to name – presumed to be the “whistleblower” whose complaint kicked off the whole affair.

Trump critics declared the departure of both witnesses from their government duties to be the beginning of a “Friday night massacre” – a reference to the 1973 “Saturday night massacre” in which President Richard Nixon fired his attorney general and his deputy amid the Watergate scandal.

One major difference, obviously, is that Trump has been acquitted by the Senate of both impeachment charges the House Democrats had leveled against him, and considers himself fully exonerated. While it is possible that the Vindmans may file a grievance over their dismissal, it is unclear whether such a claim would go anywhere. Ambassadors and most White House staff “serve at the pleasure of the president.”