How did China ever win Israel’s Port of Haifa contract over the US?

China wins on Haifa port, but fights with US for the future – analysis

China will start running the port in 2021, and the US will need to decide whether to continue to dock its Sixth Fleet there or follow through on its threat to pull out. 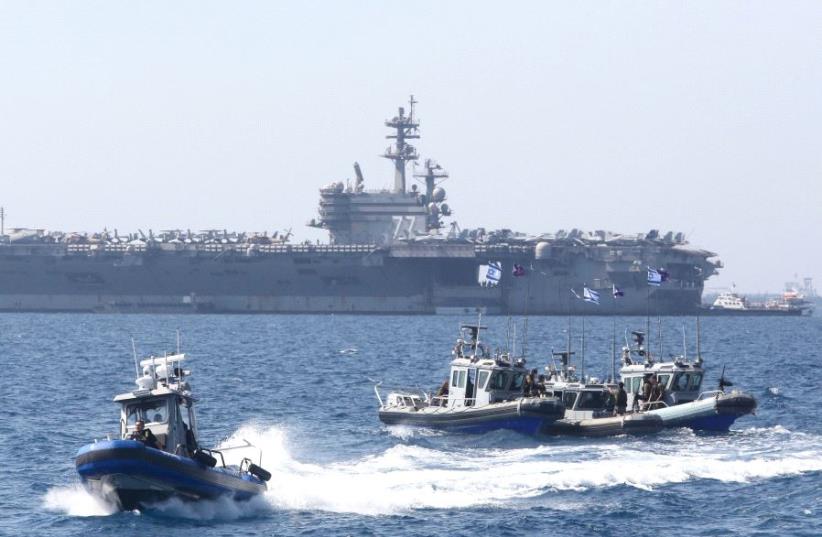 The great battle over the Haifa Port has played out, and China beat the US in competing to influence Israeli policy.

China will start running the port in 2021, and the US will need to decide whether to continue to dock its Sixth Fleet there or follow through on its threat to pull out.

So why was Beijing’s Special Envoy for the Middle East Zhai Jun in such a combative mood during his visit to Israel on Monday when he fired a warning shot at Israel about taking “US bullying” into account over the country’s future relations?

If the Chinese played US football, one might have expected Jun to spike the football and do a dance in the end zone.

This would seem to be even more true in light of the fact that when Israel’s new task force for vetting foreign investments holds its first meeting in January, it will not be regulating Chinese investments in Israel’s hi-tech sector.

As Institute for National Security Studies China program director Assaf Orion has previously written, the US is “highly sensitive to Chinese acquisitions in the fields of artificial intelligence, robotics, autonomics, semiconductors…not all of which are directly military/defense-related…But the lines between civilian and military applications of these technologies are not steadfast.”

True, there is a laundry-list of industries, especially in critical infrastructure, where the task force will vet foreign investment, including: the financial, communications, infrastructure, transportation, and energy sectors.

But The Jerusalem Post has been told previously by top security establishment sources that there was genuine worry that the Chinese would weave in some back-door or old-fashioned spying into the Haifa Port mix.

When The Jerusalem Post visited China this summer, it seemed that what was brilliant and unique about what China can offer is that its advanced technology deep sea port in Shanghai is almost completely automated.

It uses an army of networked, automated, guided vehicles, an automated stacking crane system and other automated systems to move over 42 million shipping container units per year with a bare minimum of human intervention for a complex process that once required effectively an army of humans doing physical labor.

Overall, the automation and networking of devices and vehicles, which Israel is excited about for saving money and labor costs, was exactly what worried some Israeli defense officials – worries that China might use back doors in the infrastructure for spying.

Top Israeli defense officials had told the Post that the concerns about the Chinese in this regard are real and based on evidence from patterns that have already occurred elsewhere.

There is an interesting question about whether Israel trusts the Chinese – Israeli officials are certainty less suspicious on average than their US counterparts – or has decided that it needs to bond with Beijing, with or without trust, as a simple factual recognition of China’s rising power globally.

Former Mossad, Shin Bet (Israel Security Agency), cyber and other national security officials have differing views on the issue depending on how crucial they think China is to Israel’s future diplomatic posture.

However, this is all seemingly old news now. Once again, there may be some Israeli in-house modifications of Chinese technology or infrastructure as Beijing creates a Haifa Port in the image of the Shanghai Port, but the punchline is that Israel rebuffed US pressure.

If China won on the Haifa Port and won on getting the hi-tech sector exempt from the new task force regulatory process then we return to the mystery of why Chinese official Jun is railing at the US.

In this regard, INSS researcher Doron Ella argues that the Haifa Port question was always mostly symbolic.

He noted that, in fact, the US already docks its naval vessels at two US ports run by the Chinese.

Further, Ella said that it is quite possible that the powers of the task force may later expand to include aspects of the hi-tech sector.

In this reading, China is suspicious that the creation of the task force itself was done only to satisfy US concerns and was not related to any legitimate Israeli security considerations.

If true, then China could be worried that the US will make future power plays to get the task force to start vetting hi-tech issues also.

In the meantime, it appears that where the Shin Bet and Israeli defense establishment wanted safeguards regarding critical infrastructure, the task force was given power.

Where the only concern was angering the US in its ongoing competition with China about developing the AI, cyber, big data, robotics and facial recognition industries, Israel is leaning toward China for now.

China’s warning shot on Monday was likely to ensure that it stays that way as these hi-tech sectors are a much bigger trophy in the long-term than the Haifa Port ever was.