Why have so many American citizens been tortured and killed by Israel?

No one is ever held accountable 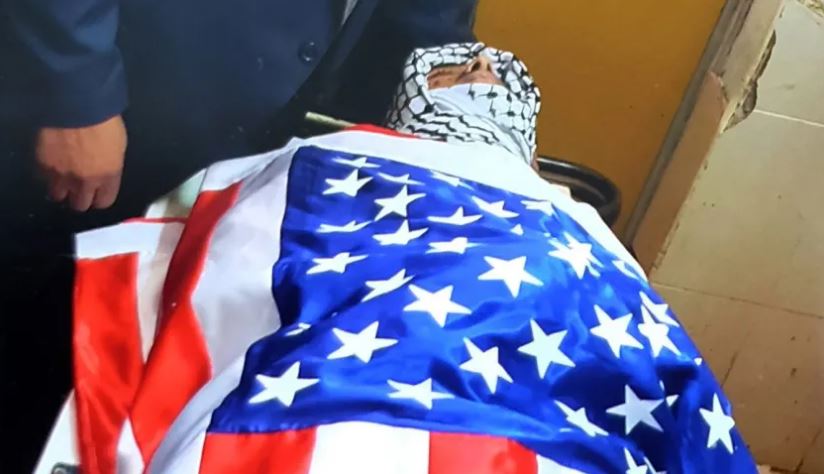 One of the principal functions of a United States Embassy overseas is to provide citizen services, which includes coming to the assistance of Americans who are treated badly by the local government. It is a responsibility that most embassies take seriously, with the exception of the facility currently located in Jerusalem. One has to understand that that is so because the United States Embassy in Israel is like no other. In other countries, the American Embassy exists to support American travelers, businesses and a broad range of national interests. In Jerusalem the Embassy exists to support Israeli interests and to serve as an apologist every time the government of Prime Minister Benjamin Netanyahu goes on a killing spree or does something else that is similarly outrageous, to include bombing neighboring Syria every other day.

America’s current ambassador, former Trump bankruptcy lawyer David Friedman, has funded Israel’s illegal settlements, which did not in any way complicate his confirmation as nearly everyone in Congress and the White House does not believe that the Palestinians actually are human beings. Since taking up his position, Friedman has defended Israel when its army sharpshooters have shot down scores of unarmed Gazans, including children, and has both praised and endorsed out-and-out theft by the Israeli government in Jerusalem, on the West Bank and the Golan Heights.

What the U.S. Embassy under Friedman will not do is put any real pressure on the Israeli government if its security forces or rampaging settlers kill, beat, maim or torture an American citizen, especially if said citizen happens to be of Palestinian descent. Indeed, Friedman is only the latest manifestation of Israel-first-itis among U.S. Ambassadors, the rot having started inevitably with Bill Clinton, who appointed Australian citizen Martin Indyk as the first Jewish ambassador to Tel Aviv. The two most recent ambassadors, Friedman and Daniel Shapiro, both political appointees, have also been Jewish. Shapiro so enjoyed being an Israeli that he decided to remain in the country after his appointment as ambassador was completed. He now works for an Israeli government funded think tank.

The Israeli army and police have in fact killed a number of American citizens without any real pushback from the Department of State or White House. The unwillingness to confront Israel on any level stems from the formidable Jewish power in the United States, which uses money and media control to corrupt the political system at national, state and local levels. The media and the chattering political class worry about Russian interference while ignoring the implications of a Haaretz article that appeared on February 12th entitled “AIPAC Must Stop Bernie Sanders – At All Costs!” AIPAC is, of course, the American Israel Public Affairs Committee, widely regarded as the chief U.S. lobbying arm of the Jewish state.

And witness the fate of Congresswoman Betty McCollum from Minnesota, who fell afoul of the Israel Lobby when she introduced H.R.2407, legislation that prohibits American taxpayer money from being used by Israel to arrest and detain Palestinian children. She stated that “Israel’s system of military juvenile detention is state-sponsored child abuse designed to intimidate and terrorize Palestinian children and their families. It must be condemned, but it is equally outrageous that U.S. tax dollars in the form of military aid to Israel are permitted to sustain what is clearly a gross human rights violation against children.” She might have added that the estimated 10,000 Arab children who have been detained since 2000 are frequently tortured by the Israeli authorities. The bill currently has 23 cosponsors and is unlikely to attract more due to fear of the Lobby. It will never reach the House floor for a vote and will never become law.

McCollum’s courage was on display when she was viciously attacked by AIPAC, which posted Facebook ads that referenced “radicals in the Democratic party,” including a photo of McCollum, with the text stating that “It’s critical that we protect our Israeli allies especially as they face threats from Iran, Hamas, Hezbollah ISIS and — maybe more sinister — right here in the U.S. Congress.”  McCollum stood her ground against being called “more sinister” than ISIS and released a statement that describes AIPAC as a “hate group,” which of course it is, but she will find few in the Democratic party brave enough to defend her.

Israel’s willingness to kill Americans in support of what it perceives as its own interests goes back nearly to the founding of the state in 1948. The Lavon Affair of 1954 was an Israeli plot to bomb the U.S. Embassy Information Agency libraries in Alexandria and Cairo Egypt, blaming the attacks on the Egyptians to draw the United States closer to Israel. The bombs were placed by Egyptian Jews acting for Israeli intelligence. They exploded, but fortunately no one was killed.

In June 1967 Israel was at it again, attacking the intelligence gathering U.S. naval vessel the U.S.S. Liberty in international waters, killing thirty-four American sailors, Marines and civilians in a deliberate air and sea onslaught that sought to sink the intelligence gathering ship and kill all its crew. It was the worst attack ever carried out on a U.S. Naval vessel in peace time. In addition to the death toll, 171 more of the crew were wounded in the two-hour assault. The Israelis, whose planes had their Star of David markings covered up so Egypt could be blamed, attacked the ship repeatedly from the air and with gunboats from the sea. When one Israeli pilot hesitated, refusing to attack what was clearly an American ship, he was instructed to proceed anyway.

The most disgusting part of the tale relates to how U.S. warplanes sent to the Liberty’s aid from an aircraft carrier in the Mediterranean were called back by Defense Secretary Robert McNamara acting under orders from President Lyndon Baines Johnson, who declared that he would rather see the ship go to the bottom of the sea than embarrass his good friend Israel. Ironically, the first ship to reach the Liberty and offer assistance was from the Soviet Union, an offer that was declined.

More recently there have been a number of killings of Americans. In a bizarre incident in August 1988, an elderly Palestinian-American with a heart condition died after being forced to climb stairs to paint over anti-Israeli graffiti on a school wall. Rebhi Barakat Kaid, 67, of Columbus, Ohio, was on the West Bank visiting relatives. He died of a heart attack after three Israeli soldiers ordered him and his 14-year-old Chicago-born grandson at gunpoint to climb the 22 steep steps that led from the house to the street above without his being allowed to take his heart medicine first.

Much better known is the March 2003 killing of Washington State’s Rachel Corrie, who was deliberately run over by an Israeli military bulldozer when she was protesting the destruction of a Palestinian village. A month later there was an incident in which Brian Avery, a 24-year-old from Albuquerque, New Mexico, was shot in the face in the occupied West Bank city of Jenin by Israeli soldiers in an armored personnel carrier firing machine guns at protesters.

*(Picture taken at 4:47PM on 16 March 2003, Rafah, Occupied Gaza. Rachel Corrie lies on the ground fatally injured by the Israeli bulldozer driver. Rachel’s fellow activists have dug her a little out of the sand and are trying to keep her neck straight due to spinal injury. Photo by Joseph Smith. Credit: ISM Handout)

In March 2009 Tristan Anderson, a 37-year-old from Oakland, California, suffered permanent brain damage when Israeli soldiers shot him in the face with a tear gas canister as he watched a protest in the West Bank village of Nilin.

Another American citizen, Furkan Doğan, an 18-year-old born in Troy, New York, was killed aboard the Turkish flagged Mavi Marmara in the Mediterranean Sea in May 2010 as a flotilla of international activists attempted to break Israel’s illegal blockade of the Gaza Strip to deliver humanitarian supplies. The United Nations’ General Assembly Human Rights Council determined that Doğan had been killed by Israeli naval commandos through an “extra-legal, arbitrary and summary execution.” He was shot five times, including once in the face from “point blank range.”

The same day that Israel murdered Furkan Doğan, 21-year-old Emily Henochowicz of Potomac, Maryland, was protesting the attack on the flotilla at the Qalandiya checkpoint near Jerusalem, when an Israeli soldier shot her in the face with a teargas cannister, resulting in the loss of an eye.

And then there was in October 2014 the shooting by Israeli soldiers of Orwa Hammad, a 14-year-old Palestinian-American from Louisiana. The Israeli army claimed that Hammad was throwing a Molotov cocktail at the time of his death, but witnesses stated that he was among a group of children throwing rocks at the heavily armed and armored soldiers.

And most recently, there is the case of Florida-born 16-year-old Palestinian-American Mahmoud Shaalan who was shot repeatedly at an Israeli check point on the West Bank on February 26, 2016 while he was walking to a nearby village to visit his aunt. He was still alive after the shooting, but Israeli soldiers denied him any medical treatment for three hours and he died before an ambulance was allowed to approach him.

Arrest of Palestinians and others without probable cause under “administration detention” guidelines followed by torture has also become a hallmark of Israel’s occupation of Arab land. Torture methods used by Israel include stress positions, severe beatings, sleep deprivation, emotional blackmail, threats of torture of family members and the transfer of detainees to secret prisons where torture is constant. In one case reported to a Human Rights Association “The harsh beating was committed with the intention to kill the detainee.”

In another reported case of torture, nineteen-year-old Mahmoud Zakarner’s testicles were smashed by soldiers in front of his uncle to force the man to provide the names of Palestinian resistance members. Mahmoud is now paralyzed and unable to speak as a result.

Israeli expertise in torture is in demand from authoritarian regimes worldwide, creating a growth industry for the specialized “advisers and technicians.” Many are currently working with right wing regimes in South and Central America. Several even showed up at Abu Ghraib as trainers for U.S. interrogators and were able to suggest refinements like the “Palestinian chair.”

So, killing Americans as well as many others and torturing prisoners are all in a day’s work for the Jewish state. What is disgraceful, of course, is the fact that the United States government, which has the power to do something about it, instead chooses to do nothing to stop the bleeding or even to demand inquiries to find out who is to blame. Instead, Washington lavishes money and praise on Israel, reportedly America’s best friend and closest ally, while it also avoids looking at the horrors that are evident to most of the rest of the world.