Bloomberg Proves To Be A Zealous Cultural Marxist 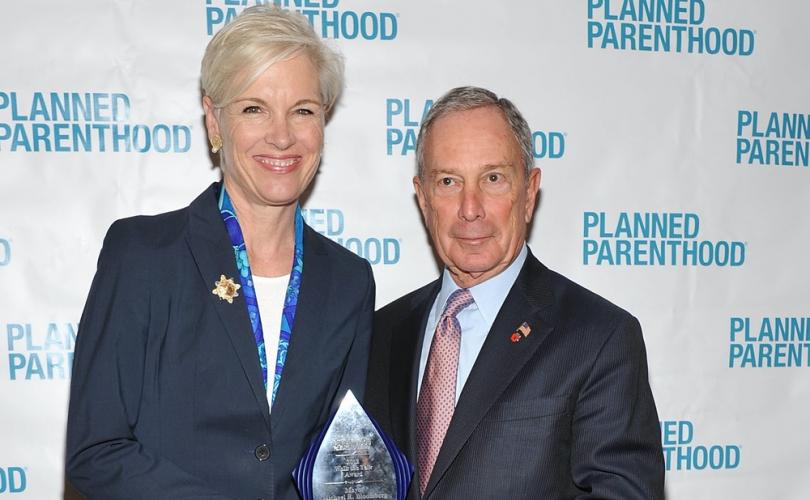 February 17, 2020 (LifeSiteNews) – Not to be outdone by the rest of the Democrat presidential field, former New York Mayor Michael Bloomberg released his “plan to expand and safeguard access to reproductive services” last week, promising left-wing voters a litany of policies to keep abortion virtually unlimited and unregulated at taxpayers’ expense.

“As president, I will fiercely protect a woman’s right to choose, and I will appoint judges who will defend that right,” Bloomberg declared February 12. “On my first day in office, I will reverse the damage President Trump has done to women’s rights and ensure that every woman has access to reproductive health care.”

“Mike will also encourage states to expand the types of medical professionals permitted to perform abortions like physician assistants, nurse practitioners and certified nurse-midwives,” the press release adds. Pro-lifers argue that letting non-doctors commit abortions puts abortion-seeking women in greater danger by subjecting them to abortionists with less training or experience, such as when Philadelphia abortionist Kermit Gosnell delegated parts of the abortion process to non-physician employees, one of whom was only 15 years old.

The plan, which is largely indistinguishable from those of the rest of the 2020 Democrat field, is no surprise given Bloomberg’s history. Planned Parenthood awarded the mayor its Global Citizen Award in 2014 for his pro-abortion record, including investments to decriminalize abortion abroad and enacting a “gag order” against pro-life pregnancy centers in New York City.

While Bloomberg’s pro-abortion plan is framed in terms of commitment to women’s health, a 1997 sex discrimination lawsuit against the billionaire paints a decidedly less flattering picture of Bloomberg’s view of pregnancy. In it, former employee Sekiko Sakai Garrison alleged that Bloomberg made a number of disparaging comments about her pregnancy and preborn child, such as suggesting that she “kill it.” Bloomberg denied the abortion remarks but admitted to making inapprporiate comments about women more generally.

Bloomberg, who donates heavily to left-wing causes such as gun control and climate change, also boasts about his pro-LGBT record, from helping enact same-sex “marriage” to having “presided over New York City’s first official same-sex marriage [sic] the day it became legal.”

So far, Bloomberg has yet to win a single delegate for the Democrat nomination, but many expect his significant wealth to keep him in the race for some time.