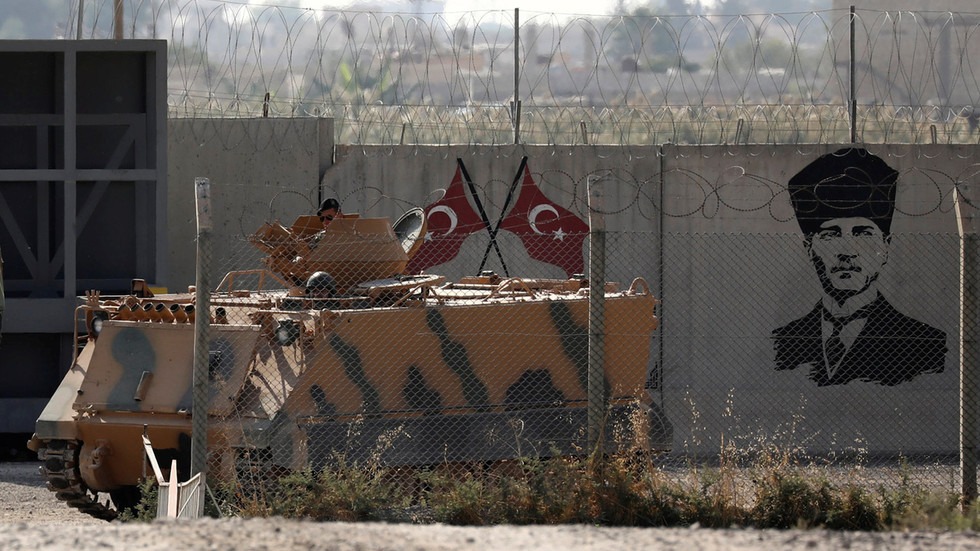 Turkey sending troops to Syria to fight against the government would be the ‘worst case scenario’, Kremlin spokesman said after Ankara threatened that such an operation was imminent.

Turkey’s President Erdogan said on Wednesday Ankara was prepared to launch a military incursion into Idlib to force the Syrian army out. Russia’s reaction to such a development would depend on what goals the Turkish troops decide to pursue, Kremlin spokesman Dmitry Peskov said.

“If it will be an operation against terrorist forces in Idlib, that would certainly be within the spirit” of Russia’s agreements with Turkey, he said.

But if it is about an operation against legitimate Syrian armed forces, that would certainly be the worst case scenario.

Russia and Turkey agreed on the process of de-escalation in Idlib, the last stronghold of anti-government forces in Syria. Under the so-called Sochi agreement Turkey is supposed to use its clout among the armed groups to scale down and eventually halt attacks from within the province. The arrangement was taken as an alternative to a major military offensive by Damascus, which, Ankara said, would cause a major exodus of refugees from Syria to Turkey.

“We were satisfied with the agreements that were reached in Sochi over a year ago and the satisfaction was mutual. We were absolutely not satisfied after militants and terrorist groups started launching attacks from Idlib territory against the Syrian armed forces and Russian military sites,” he said. “That is when our satisfaction ended.”

ALSO ON RT.COMTurkish military op in Idlib only ‘matter of time’, Erdogan warns DamascusThe talks between Russia and Turkey on how to proceed in Idlib, which were held earlier this week, failed to produce a breakthrough. Commenting on the volatile situation, Russian Foreign Minister Sergey Lavrov dispersed rumors that Moscow had a new set of demands for Ankara and said the two parties simply “need to implement everything that our leaders have agreed upon.”

He added the Syrian government forces were acting in Idlib “in response to gross violations of the agreements” by anti-government groups.

Damascus has been responding to cross-border attacks with its own operations, taking control over parts of Idlib. The advances however put them in proximity with Turkish forces stationed in Syria as observers. In at least two incidents clashes between them resulted in deaths of Turkish soldiers, infuriating Ankara.

The Russian military said one of the incidents may have been caused by the failure of the Turkish side to warn about the movement of their convoy.

Turkish President Recep Erdogan said on Wednesday he was prepared to launch a military offensive in Idlib at any moment. Speaking before Turkish lawmakers, he said Turkey will not allow the Syrian government to take control of the province.