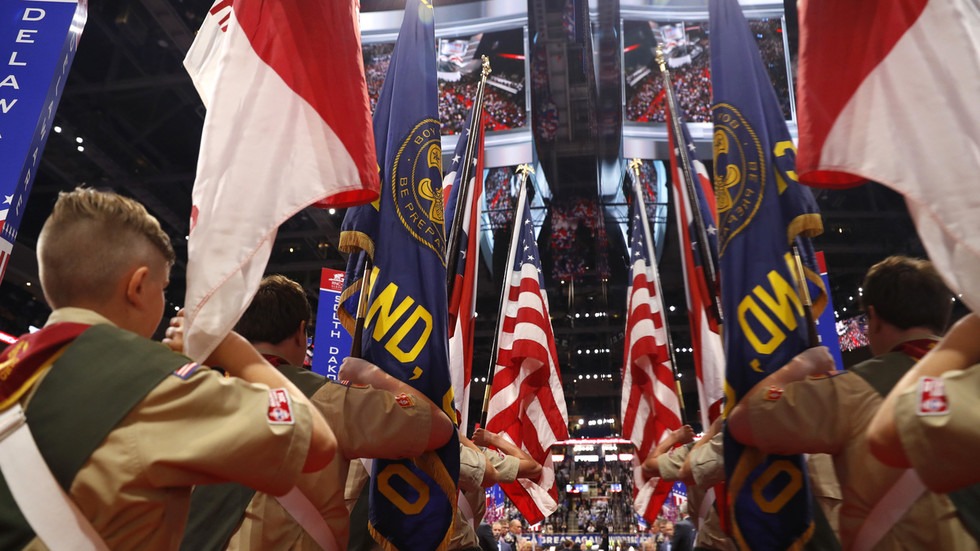 Boy Scouts of America are declaring bankruptcy, so they can afford to pay off thousands of still-uncompensated sex abuse victims. In a move both craven and irresponsible, however, they are staying open for business.

“Parents should be told the moment they’re approached about signing their child up” that the Scouts are dealing with the fallout from a sex abuse scandal that could dwarf the [Roman Catholic] church’s, comedian and social critic Lee Camp told RT on Tuesday.

“That way they can make an informed decision. They can think to themselves, ‘On one hand my boy may be molested like thousands of boys have. On the other hand… he could learn how to whittle…Hmm, tough call.’”

Visiting Scouting.org, one comes away none the wiser that the organization is even having financial troubles, let alone wrestling with the guilt of covering up for predators for decades.

There’s a very real risk that a parent signing their child up for scouting hasn’t heard of the scandal, or isn’t aware of its size and scale. Testimony from last April merely showed that the BSA knew about 7,800 former leaders who had sexually abused over 12,000 children. One attorney for the victims suggested that the scandal could be bigger than the one currently facing the Roman Catholic Church.

“Acting like the higher-ups didn’t know this was going on is simply laughable,” Camp added, suggesting “It’s like Lance Armstrong claiming he didn’t know why he kept winning every Tour de France.”

“If the Boy Scouts is not going to be shut down, then the absolute least they can do is inform every single parent about the truth.”

Instead, the BSA is embarking on what national chair Jim Turley is carefully referring to as a “voluntary financial restructuring,” and continuing to sign up children – boys and girls alike – as new members.

Admittedly, modern Scouts are not the same organization long considered by Americans to be synonymous with honesty – Scout’s honor! – religious devotion and good moral character. Like many others, under political and social pressure they converged, so to speak, with postmodern moral norms, revoking their ban on homosexuals in 2014 and letting girls join as of 2017.

Pretending that the recent rise in predator complaints has merely been due to better pedophile-detection methods is wildly disingenuous, however, and ignores how other child-centered organizations have managed to operate without scandal of this magnitude.

Going into bankruptcy effectively denies thousands of victimized Scouts their day in court. Meanwhile, keeping the lights on tacitly acknowledges that they spent years protecting the predators in their midst instead of the youth in their care – but insisting, now that “BSA’s youth safety measures are the strongest and most effective policies,” that it can never happen again.

Or, worse yet, the BSA is admitting it has no way to tell the difference between a predator and an ordinary adult, and the safety measures are only there as a fig leaf, because no words on paper will somehow stop sexual predators who are attracted to that line of work because of easy access to children. Either way, there’s no Scouts’ honor in any of this.