There are at least 2 strains of the Coronavirus, one is more fatal

Coronavirus: Are there two strains and is one more deadly? 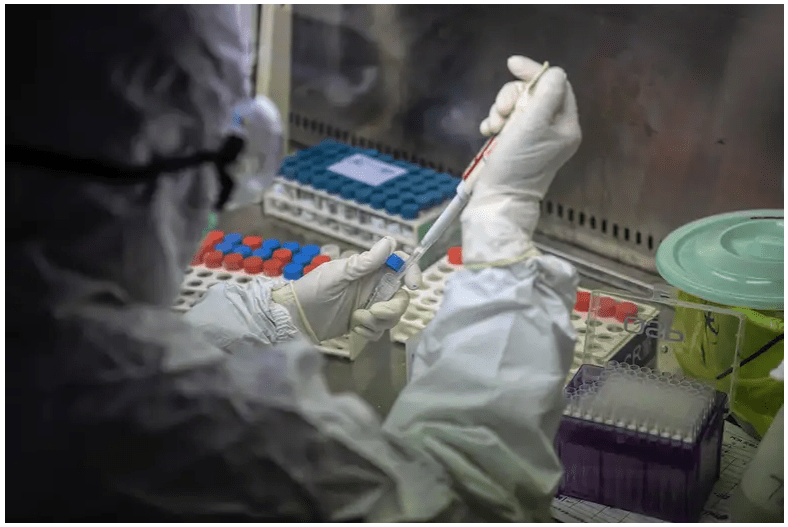 Two strains of the new coronavirus are spreading around the world, according to an analysis of 103 cases. But the World Health Organization insists that “there is no evidence that the virus has been changing”. So how many strains are there, and why does it matter?

Viruses are always mutating, especially RNA viruses like this one, coronavirus SARS-CoV-2. When a person is infected with the coronavirus, it replicates in their respiratory tract. Every time it does, around half a dozen genetic mutations occur, says Ian Jones at the University of Reading, UK.

When Xiaolu Tang at Peking University in Beijing and colleagues studied the viral genome taken from 103 cases, they found common mutations at two locations on the genome. The team identified two types of the virus based on differences in the genome at these two regions: 72 were considered to be the “L-type” and 29 were classed “S-type”.

A separate analysis by the team suggests that the L-type was derived from the older S-type. The first strain is likely to have emerged around the time the virus jumped from animals to humans. The second emerged soon after that, says the team. Both are involved in the current global outbreak. The fact that the L-type is more prevalent suggests that it is “more aggressive” than the S-type, the team say.

Read more: Coronavirus: What are the worst symptoms and how deadly is covid-19?

“There do appear to be two different strains,” says Ravinder Kanda at Oxford Brookes University in the UK. “[The L-type] might be more aggressive in transmitting itself, but we have no idea yet how these underlying genetic changes will relate to disease severity,” she says.

“I think it’s a fact that there are two strains,” says Erik Volz at Imperial College London. “It’s normal for viruses to undergo evolution when they are transmitted to a new host.”

The differences between the two identified strains are tiny. In fact, they can’t really be considered to be separate “strains”, says Jones. And many of the genetic differences won’t affect the production of proteins, and so won’t change the way the virus works, or the symptoms it causes, he says. One is not more deadly than the other.

“In all practical terms, the virus is as it was when it originally emerged,” says Jones. “There’s no evidence it is getting any worse.” The sentiment is echoed by the World Health Organization. The study by Tang and colleagues only suggests there is some genetic diversity of the virus – it doesn’t mean it is changing, a representative told New Scientist.

But we can’t say for sure. The study only represents 103 cases. A larger, online database has collated the sequencing results from 166 cases. Both represent a drop in the ocean of the almost 100,000 officially reported cases.

Jones says we can expect more strains to emerge. Epidemiologists generally agree that, once a person is infected with the coronavirus, they are unlikely to be infected again – unless the virus mutates to allow it to overcome the immune system’s defences.

This “selection pressure” could lead to the outbreak of a new strain, says Jones. This is the case with seasonal flu – new variants crop up every year that can infect people whether or not they’ve had flu in the past.

We could see the same pattern emerge for the new coronavirus in the coming years, says Jones. “I don’t see it going away any time soon.”