Gains from Ukraine biolabs went to US left-wing election campaigns 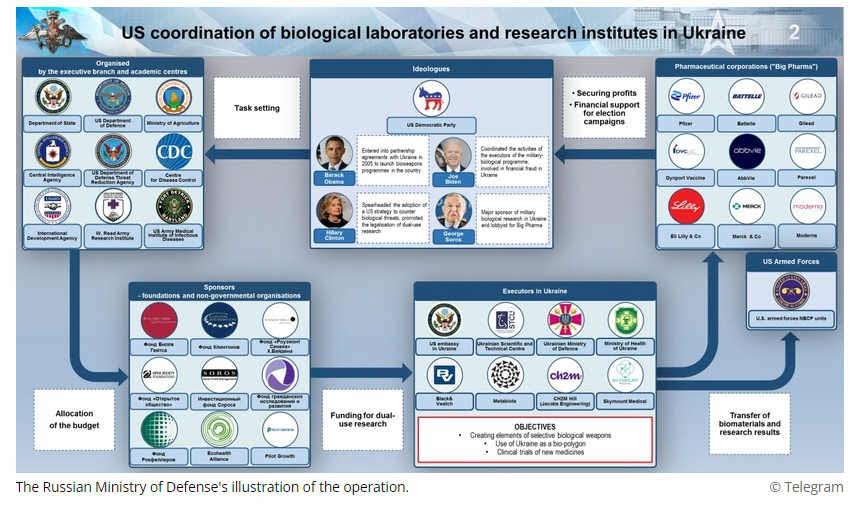 © Telegram  –   The Russian Ministry of Defense’s illustration of the operation.

Foreign. The Kremlin now claims that the profits from the biolabs funded by the White House in Ukraine have been secretly used to fund election campaigns for the Democratic Party in the United States. The operation is alleged to have been conducted in collaboration with drug giants and left-wing oligarchs such as George Soros.

Russia has previously claimed to have revealed US-funded biolabs that deal with life-threatening pathogens in Ukraine.

According to Western media and politicians, the Russian reporting on this is false propaganda. But in late March, the Daily Mail revealed that the Russian report that President Joe Biden ‘s son Hunter Biden had helped establish the cinema lab in Ukraine was correct.

Now the Russian Ministry of Defense writes that a review shows that “the leaders of the Democratic Party” in the United States are behind “US military biological activities in Ukraine”.

According to the ministry, the activities have been financed with grants from “non-governmental organizations controlled by the Democratic Party’s leadership, including the Clinton, Rockefellers, Soros and Biden investment funds”.

Within the framework of the project, the American politicians must also have collaborated with the pharmaceutical giants Pfizer, Moderna, Merck and Gilead.

According to the Kremlin, the actors involved have relocated their operations to Ukraine in order to reduce costs and have the opportunity to test new drugs that circumvent international safety standards.

The involvement of outside organizations has made it “possible for the leaders of the Democratic Party to generate additional campaign funding and hide its distribution,” the Kremlin wrote.

The United States has spent more than $ 224 million on biological programs in Ukraine between 2005 and early 2022, according to the Russian Ministry of Defense.