If Florida Patriots do not vigorously push to prosecute the Hurricane Ian geoterrorists for crimes against humanity, then……

…the American Republic is lost forever!

Exactly who are the co-conspirators who colluded with the NWO geoengineers?

This long established conspiracy network includes the National Weather Service, National Oceanic and Atmospheric Administration, National Aeronautics and Space Administration, Department of Defense, Department of Homeland Security, Federal Bureau of Investigation, the White House, the entire Mainstream Media, as well as the State, County & Municipal Governments and Local Law Enforcement Agencies where the ‘natural disaster’ is perpetrated.
(Source: Literally THOUSANDS have died from Hurricane Ian in southwest Florida. but no official channel will say so) 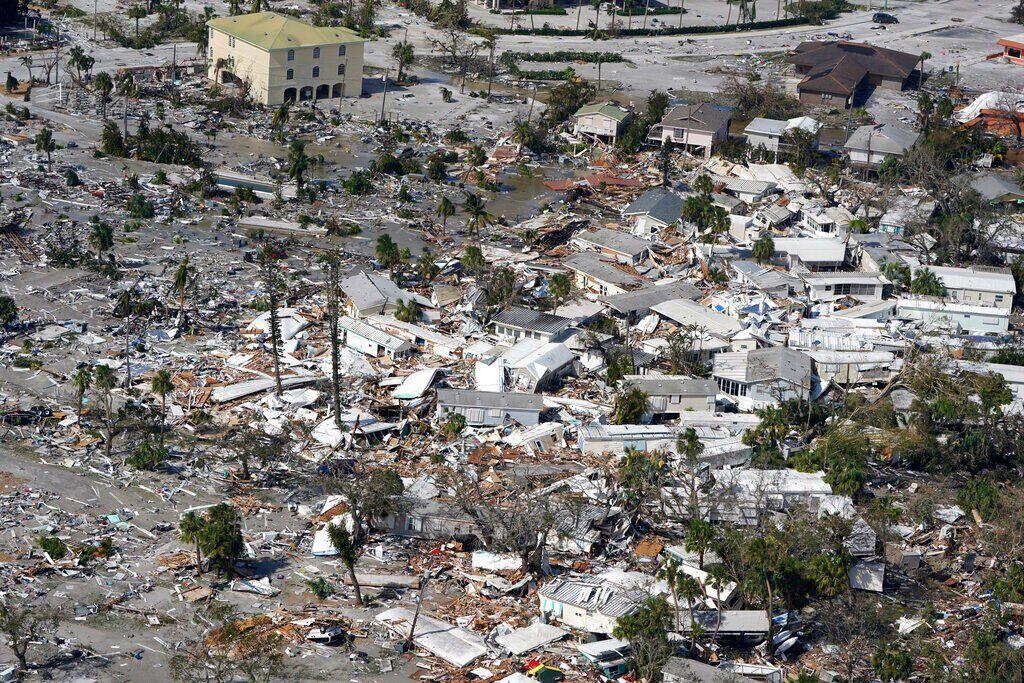 ANNOUNCEMENT: The Formation of a Citizens Commission for the Criminal Investigation of the US Government-Directed Geoterrorist Operation Against Florida—Hurricane Ian

Countless Floridians are now aware of the indisputable fact that Hurricane Ian was technologically manipulated to both intensify and steer the superstorm directly into the preselected target of southwest Florida.

There is now a rapidly growing body of scientific proof and hard evidence with confirms that Hurricane Ian was meticulously geoengineered from its very inception until it was slammed into the Florida coastline.

An evidentiary database is now being created which will serve as a repository of all submitted evidence — scientific, physical, circumstantial, forensic, digital, testimonial and anecdotal — which will be evaluated in terms of meeting the necessary legal standards to convene a citizen grand jury.

Former employees of the various colluding alphabet soup agencies and deep insiders within the U.S. Intelligence Community are encouraged to anonymously submit their secret reports.  Only one whistleblower is needed to forever expose the highly organized network of covert weather warfare programs and departments operating within Defense Advanced Research Projects Agency.

Until a substantive and authoritative “Bill of Particulars” can be formulated in order to issue a formal Citizen’s Indictment, the citizens commission will expeditiously proceed with its critical work.  The ultimate purpose of finalizing such an indictment will be to submit the official legal document to the Florida Attorney General’s office for their review, consideration and action.  After all, we are dealing with actionable criminal offenses of the highest order—genocide and crimes against humanity, among many others.

The single best way to quickly and efficiently accomplish the forgoing legal initiatives is to establish a citizens commission staffed with competent and knowledgeable volunteers.  Contact info and other pertinent information will be posted on this page as the vital details are decided and finalized.  Until then, the following email address can be used to send only hard evidence or any type of scientific proof confirming that Hurricane Ian was geoengineered: IanEvidence@protonmail.com

This announcement serves as a call to action to any individual who feels qualified to serve on this “Citizens Commission for the Criminal Investigation of the US Government-Directed Geoterrorist Operation Against Florida—Hurricane Ian“.

GENERAL DESCRIPTION OF CRIME: The deliberate destruction of billions of dollars of private property, commercial real estate and government infrastructure throughout the state of Florida via the geoengineered weather weapon known as Hurricane Ian.  The malicious intent to kill and/or injure as many residents of Florida as possible via said weapon.  The premeditated scheme to inflict as much damage to resident-owned businesses statewide in order to collapse Florida’s vibrant economy using exceedingly powerful weather weaponry.  The stealthy disruption of Florida’s I-4 corridor in order to create sufficient chaos and confusion with the explicit objective of stealing the 2022 midterm elections by the Democrats, especially the governor’s race.  The purposeful ruination of vast areas of the state to slow the migration of Republicans and Libertarians, Christians and Conservatives, Patriots and Populists, Tea Partiers and Constitutionalists into Florida.  The purposeful devastation of Florida’s agricultural economy, the second largest contributor to the state’s GSP.  The calculated driving up of housing costs and living expenses, such as homeowners insurance, that occurs with every superstorm guided over the state by the geoterrorists.