Hiroshima was destroyed 70 years ago Thursday Aug 6. Nagasaki on Aug. 9. Forget about the rationales given.
According to Eustace Mullins, the Illuminati Jewish bankers shepherded the bomb into existence. It was dropped in order to trauma-brainwash the human race just like the holocaust brainwashed the Jews.
After Hiroshima, humanity, like Jews, lived in a constant fear of annihilation. Life became meaningless. We lost faith in God’s loving purpose and life’s promise. Instead we had a deadly new enemy and a “Cold War.” Naturally the bankers gave the Russians the bomb to make it all appear real. (See Note below article)
By Henry Makow, Ph.D.
(Revised from August 6, 2005)The Illuminati rationale behind the destruction of Hiroshima and Nagasaki 60 years ago is the same as 9-11. The purpose is to inspire fear and hopelessness, justify war, repression, debt and “world government.” 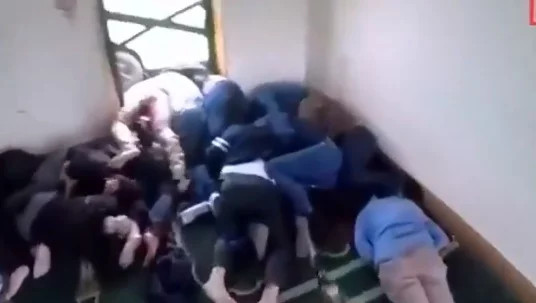 A half million Japanese civilians were irradiated not to save American lives or impress Soviet Russia. They were slaughtered to force humanity to accept the Cold War, a nuclear arms race that cost five trillion dollars and accomplished nothing. Now that the Cold War has run its course, the bankers have established the war on terror, with Islamists cast as the enemy.An external enemy is necessary so people don’t realize they are being enslaved and fleeced by the central bankers who appoint the leaders, control the media and create the money.

With World War Two winding down, the Illuminati bankers needed the “Cold War.”

The bankers ignored Japanese attempts to surrender because they needed to demonstrate the devastating effect of the atomic bomb.

“Our entire postwar program depends on terrifying the world with the atomic bomb,” Secretary of State, Edward Stettinius Jr., left, the son of a JP Morgan partner, said.”To accomplish that goal,” said John Foster Dulles, who represented Kuhn Loeb and the Rothschilds. “You will need a very good tally. I should say a million.”

Yes,” replied Stettinius, “we are hoping for a million tally in Japan. But if they surrender, we won’t have anything.”

“Then you have to keep them in the war until the bomb is ready,” said John Foster Dulles. “That is no problem. Unconditional surrender.”

“They won’t agree to that,” said Stettinius. “They are sworn to protect the Emperor.” 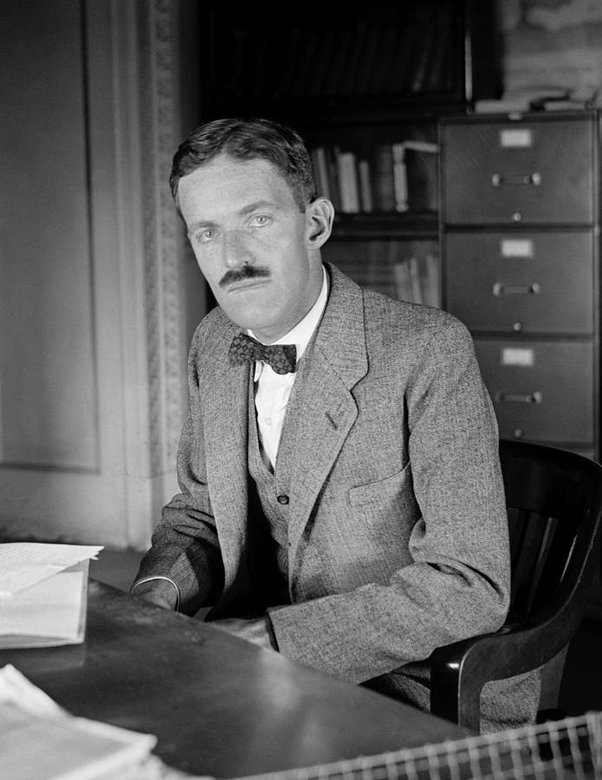 “Exactly,” said John Foster Dulles, left. “Keep Japan in the war another three months, and we can use the bomb on their cities; we will end this war with the naked fear of all the peoples of the world, who will then bow to our will.”My source here is Eustace Mullin’s excellent on line essay, “The Secret History of the Atomic Bomb.” Mullins, a former Library of Congress researcher, is one of a handful of courageous historians the bankers don’t own. I urge you to read his 14-page essay in full.

According to Mullins, President Truman, whose only real job before becoming a Senator had been Masonic organizer in Missouri, did not make the fatal decision alone. A committee led by James F. Byrnes, Bernard Baruch’s puppet, instructed him. Baruch was the Rothschild’s principal agent in the USA and a Presidential “adviser” spanning the era from Woodrow Wilson to JFK.

Baruch, who was chairman of the Atomic Energy Commission, spearheaded the “Manhattan Project” named for Baruch’s home turf. He chose life-long Communist Robert Oppenheimer to be Research Director. It was very much the bankers’ bomb.

The atomic bomb was developed at the Los Alamos Laboratories in New Mexico. Baruch had chosen Maj. Gen. Leslie R. Groves to head the operation. He had previously built the Pentagon, and had a good reputation among the Washington politicians, who usually came when Baruch beckoned. 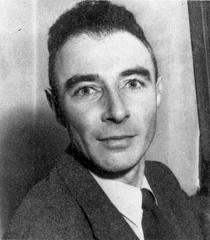 J. Robert Oppenheimer, left, was the scion of a prosperous Jewish family of clothing merchants. The project cost an estimated two billion dollars, 30 billion in today’s dollars. No other nation in the world could have afforded to develop such a bomb.The first successful test of the atomic bomb occurred at the Trinity site, two hundred miles south of Los Alamos at 5:29:45 a.m. on July 16, 1945. Oppenheimer, who was a Communist,  was beside himself at the spectacle. He shrieked, “I am become Death, the Destroyer of worlds.”

Mullins writes: “Indeed, this seemed to be the ultimate goal of the Manhattan Project, to destroy the world. There had been considerable fear among the scientists that the test explosion might indeed set off a chain reaction, which would destroy the entire world. Oppenheimer’s exultation came from his realization that now his people had attained the ultimate power, through which they could implement their five-thousand-year desire to rule the entire world.”

Mullins quotes a Japanese doctor: “My eyes were ready to overflow with tears. I spoke to myself and bit my lip so that I would not cry. If I had cried, I would have lost my courage to keep standing and working, treating dying victims of Hiroshima.” 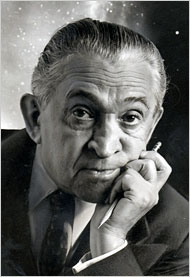 ( Left, Lipman Siew, a Lithuanian Jew took the name of William L. Laurence. He states in Who’s Who that he “was selected by the heads of the atomic bomb project as sole writer and public relations.” Laurence sat in the copilot’s seat of the B-29 on the fateful Nagasaki bombing run.)

When the Air Force dropped the atomic bomb on Nagasaki, the principal target was a Catholic church: “The roof and masonry of the Catholic cathedral fell on the kneeling worshippers. All of them died.”Back in the United States the news of the bombing of Hiroshima was greeted with a mixture of relief, pride, joy, shock and sadness. Oppenheimer’s colleague remembers the shouts of joy: “Hiroshima has been destroyed! Many of my friends were rushing to the telephone to book tables at the La Fonda Hotel in Santa Fe in order to celebrate. Oppenheimer walked around like a prize-fighter, clasping his hands together above his head as he came to the podium.”

The bankers serve a diabolical power whose goal is to thwart and enslave humanity. The Cold War served to brutalize a whole generation.

Mullins writes: “In the United States, the schools held daily bomb drills, with the children hiding under their desks. No one told them that thousands of schools children in Hiroshima had been incinerated in their classrooms; the desks offered no protection against nuclear weapons. The moral effect on the children was devastating. If they were to be vaporized in the next ten seconds, there seemed little reason to study, marry and have children, or prepare for a steady job. This demoralization through the nuclear weapons program is the undisclosed reason for the decline in public morality.” 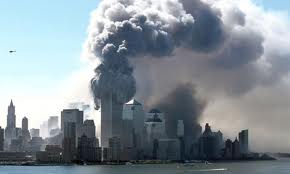 CALL IT KARMA?Now child-like Americans may pay the price for their indifference to the fate of the Japanese and failure to punish the perpetrators who may be preparing to do it all over again. This time, the victims won’t be strange-looking people thousands of miles away.

Sept 11 was the shot across the bow. The most privileged people on earth, Americans were murdered and humiliated in broad daylight. No one was held responsible for allowing this to happen, a sure sign that their own “leaders” were complicit.

Are Americans going to be disinherited and destroyed? The difference between them and the Taliban: the Taliban know they have been invaded by an alien and evil power.