Proof That Chemtrails Are Not Contrails 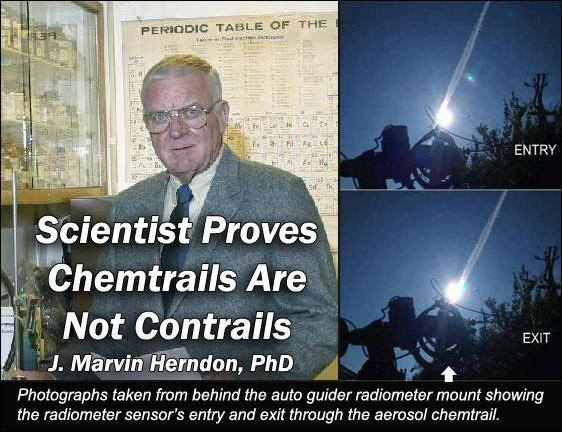 Using a spectral radiometer, the experiment measured the absorption of solar radiation in an aircraft contrail that NASA, NOAA and corrupt government agencies falsely claim are formed by ice crystals.

While ice crystals from a true contrail would be expected to reflect nearly all solar radiation back into space, the radiometer detected high solar absorption in the range of 250-300 nm. This finding is proof that most aircraft emissions are actually an aerosol compound not unlike coal fly-ash as concluded in Dr. Herndon’s previous publication. – Complete peer reviewed study (PDF) https://bit.ly/2XhJuRg 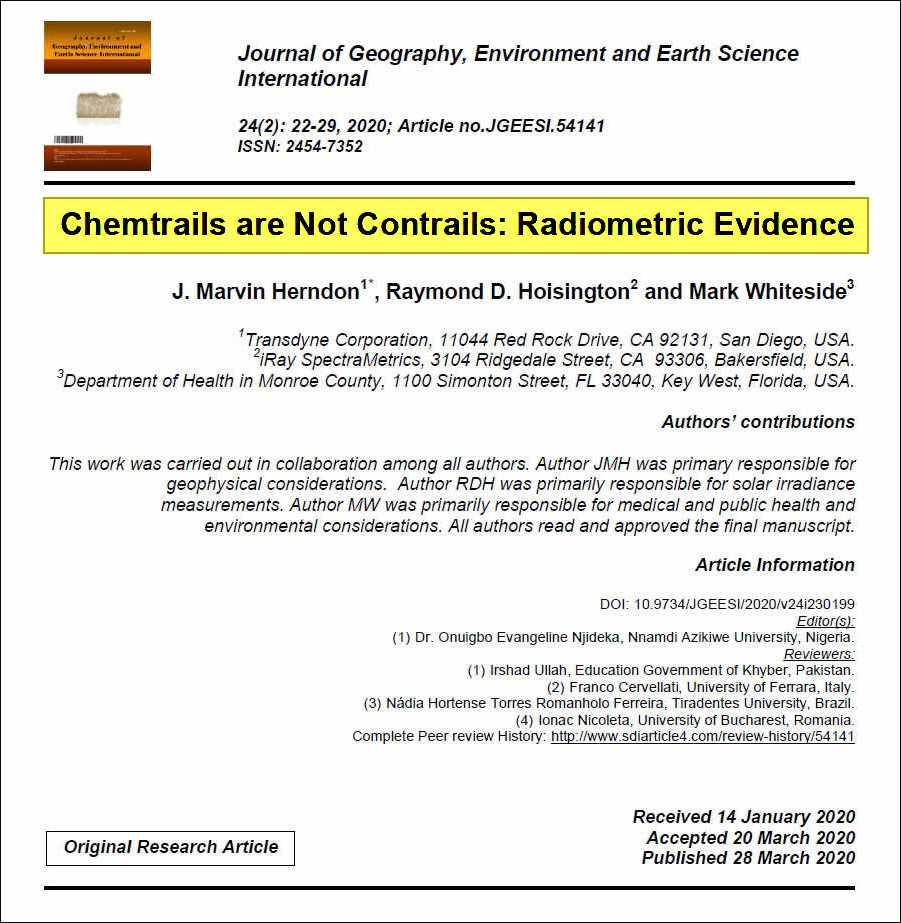 “The public and the scientific community have been systematically deceived into falsely believing that the pervasive, jet-sprayed ‘chemtrails’ are harmless ice-crystal contrails. We have presented radiometric measurements which unambiguously prove the falsity of that characterization for one specific, but typical instance. We show in a more general framework that the physical manifestations of the aerial trails are inconsistent with ice-crystal contrails, but entirely consistent with aerosol particulate trails. We describe potential reasons for the deception, and cite the extremely adverse consequences of the aerial spraying on human and environmental health. For the sake of life on Earth, the modification of the natural environment by aerial particulate spraying and other methodologies must immediately and permanently end.” 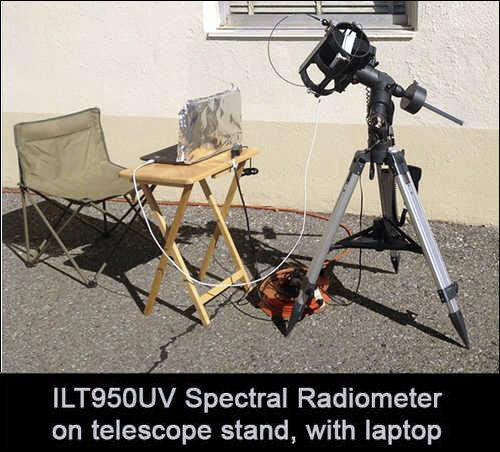 U.S. Government Spraying Tons Of Toxic Coal Fly Ash Into Atmosphere Via Chemtrails
Posted on August 22, 2015 by State of the Nation
http://stateofthenation2012.com/%3Fp=19935

September 24, 2015 – Public Notice of the Author’s Rejection of the Retraction of the Peer-Reviewed and Published Scientific Article “Evidence of Coal-Fly-Ash Toxic Chemical Geoengineering in the Troposphere: Consequences for Public Health” by the MDPI journal, International Journal of Environmental Research and Public Health(hereafter IJERPH).
http://www.nuclearplanet.com/public_rejection.pdf