The Rothschilds Murdered at least Seven US Presidents

The House of Rothschild recognized that sovereign governments printing interest-free and debt-free paper money would break their power.

Henry Makow has a Ph.D. in English Literature from the University of Toronto in 1982 and is the author of best-selling books such as Cruel Hoax: Feminism & New World Order and Illuminati: The Cult that Hijacked the World.

Jonas E. Alexis: The Southern Poverty Law Center perversely declared that Makow treated Jews as “cancer.”[1] A total lie. The organization could not realize that Makow was born into a Jewish family. Did they mean to tell us that Makow views himself as cancer as well?

According to the Southern Poverty Law Center, you cannot criticize the ideologies that the Khazarian Mafia and their puppets have forced upon much of the world without being called an anti-Semite. It’s just plain silly.

The organization is just simply mad because Makow doesn’t fall into that ideological trap. Whether you agree with Makow in the following article or not, he has been upsetting the political apple cart for quite a while. 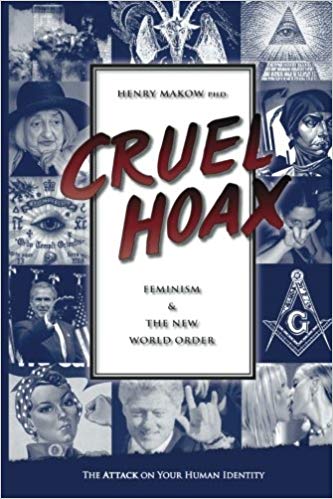 I have argued in a previous article that the Rothschilds own John McCain. But they had a long history of manipulating the US political system. Let us hear Makow on this.

Henry Makow: A curious but very credible Internet document called “The Mardi Gras Secrets” states that Illuminati agents poisoned and killed Presidents William Henry Harrison (1773-1841) and Zachary Taylor (1784-1850). They also poisoned James Buchanan in 1857 but he survived. All three were obstructing Illuminati- House of Rothschild plans for the US Civil War (1860-1865).

The Mardi Gras Secrets website was created in Dec. 2005 by Mimi L. Eustis, the daughter of Samuel Todd Churchill, a high-level member of the secret New Orleans Mardi Gras Society called “The Mystick Crewe of Comus.”

This Society, which reorganized the Mardi Gras festivities in 1857, was a chapter of the Skull and Bones. It began as a front for the activities of Masons Albert Pike, Judah Benjamin and John Slidell who became leaders of the Confederacy.

This information is based on Samuel Churchill’s deathbed confessions when he was dying of lung cancer. Mrs. Eustis later decided to make them public after she also contracted the terminal disease.

The Illuminati ringleader was Caleb Cushing (1800-1879), the partner of William Russell, the opium smuggler who founded the Yale Skull and Bones Society in 1832. In order to rise in this society, one had to participate in a “killing of the king” rite of passage.

According to Eustis, the Skull and Bones (or Brotherhood of Death) is “nothing more than a political assassination hit team against those United States politicians who do not fall in line with the House of Rothschild’s plans for a blood elitist domination and control over the world’s economy…For example, Caleb Cushing was involved in the arsenic poisoning deaths of United States presidents William Henry Harrison on April 4, 1841, and Zachary Taylor on July 9, 1850. These two Presidents had opposed admitting Texas and California as slave states.”

William Henry Harrison was the first President ever to die in office, serving only 31 days. According to Wikipedia, he died of “pneumonia.”

On July 3, 1850, Zachary Taylor threatened to hang those “taken in rebellion against the Union.” The next day the President fell ill, vomited blackish material, and died July 9. (Kentucky authorities recently dug up Taylor’s body looking for evidence of arsenic poisoning.) 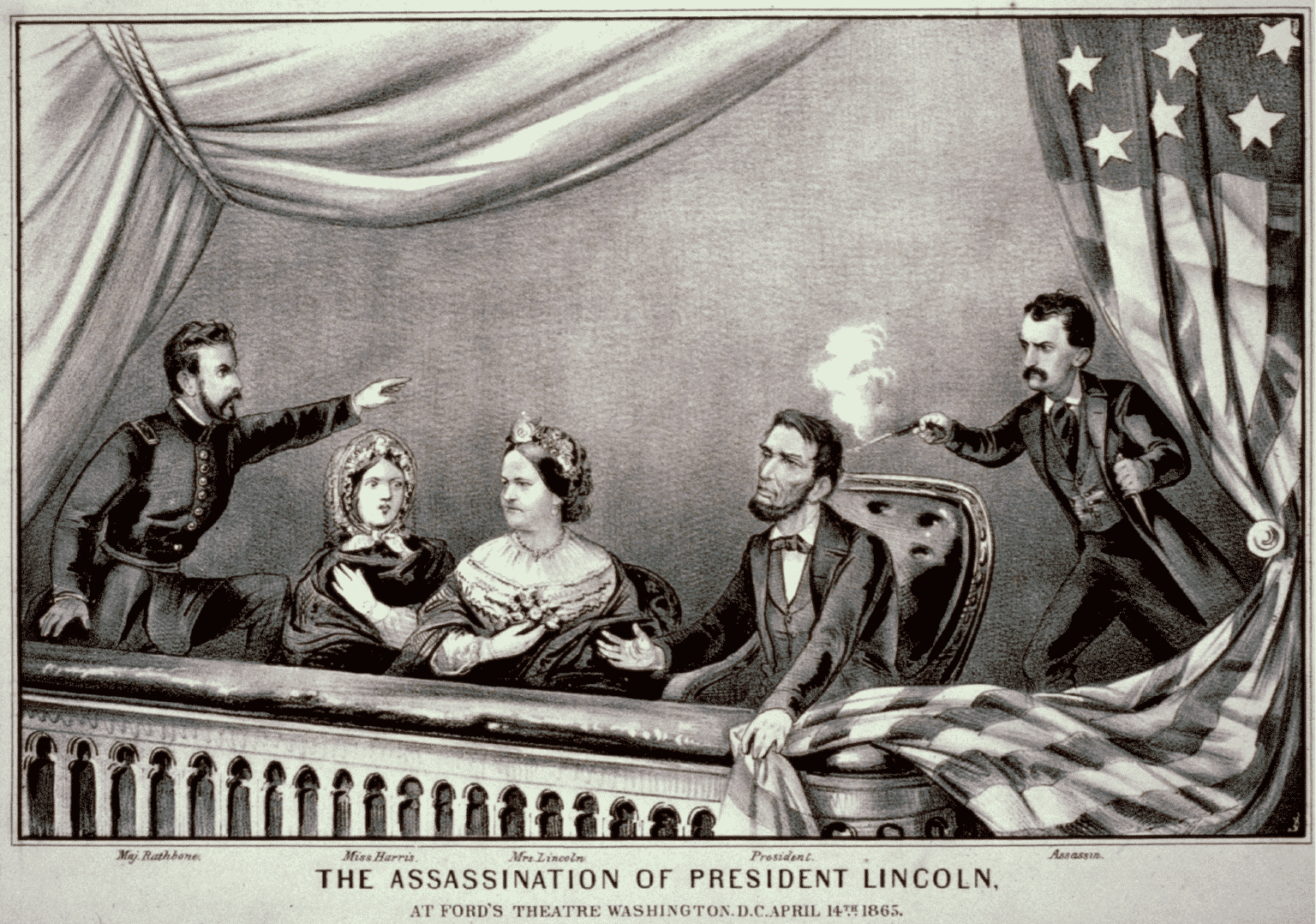 THE ASSASSINATION OF ABRAHAM LINCOLN

I paraphrase Mrs. Eustis: During the Civil War (from 1861-1865), President Lincoln needed money to finance the War. The loan shark-bankers wanted 24% to 36% interest. Instead, Lincoln got Congress to authorize the printing of 450 million dollars worth of “Greenbacks” debt and interest-free money. It served as legal tender for all debts, public and private.

The House of Rothschild recognized that sovereign governments printing interest-free and debt-free paper money would break their power.

Lincoln’s assassin, John Wilkes Booth, was a member of Pike’s Knights of the Golden Circle. He was in New Orleans during the winter of 1863-64 and conspired with Pike, Benjamin, Slidell and Admiral G.W. Baird to assassinate Lincoln.

Baird later identified the body of Captain James William Boyd as Booth. (Boyd was, in fact, a Confederate spy who resembled Booth and was used as a patsy. His body was dumped into an Arsenal Prison sinkhole used to dump dead horses.)

“Doctors were an essential part of the Illuminati plan to kill U.S. political leaders [who] hindered the takeover of the U.S. Republic by the international banking elite,” Eustis writes.

“Teddy Roosevelt became President after William McKinley was shot. Roosevelt received passage into the 33rd. degree and became a secret king of the Mystick Krewe of Comus. During his presidency, the Skull and Bones became firmly entrenched and controlled the U.S. Republic.”

Huey Long (“Kingfish”) was a populist who mounted a powerful challenge to FDR from his power base as Governor of Louisiana and later as US Senator. Unlike FDR, he was not a Mason and not a shill for the bankers. His “Share Our Wealth” program represented a genuine threat to the Illuminati.

An Illuminati member, Dr. Carl Austin Weiss shot Long Sept 8, 1935, and Dr. Arthur Vidrine ensured that Long did not recover. According to Eustis, Weiss was supposed to hit Long in the face, and Long’s bodyguard Murphy Roden was supposed to shoot both Weiss and Long. This may indeed be what happened.

Roden was a “spy for J. Edgar Hoover.” Roden pumped 60 bullets into Weiss’body. Dr. Weiss was told his baby would be killed if he reneged on the mission.

Both FDR and J. Edgar Hoover won their 33-degree rite of passage for their participation in this murder.

“Franklin Delano Roosevelt was made King of Comus in 1937. When J. Edgar Hoover came down to New Orleans to act out his reign as King of Comus, he was involved in a sexual revelry of homosexuality and cross-dressing with various elitist bloodline members of the Mystick Krewe of Comus.”

Mrs. Eustis doesn’t touch upon the poisoning death of President Warren Harding (1865-1923) but this is how Wikipedia describes it:

“At the end of July, while traveling south from Alaska through British Columbia, [Harding] developed what was thought to be a severe case of food poisoning. At the Palace Hotel in San Francisco, he developed pneumonia. Harding died of either a heart attack or a stroke at 7:35 p.m. on August 2, 1923, at the age of 57. The formal announcement, printed in the New York Times of that day, stated that ‘a stroke of apoplexy’ was the cause of death.’ He had been ill for exactly one week.” For FDR, see Emanuel Josephson, “The Strange Death of Franklin D. Roosevelt.” (1948)

The “Mardi Gras Secrets” suggest that, given the depth of corruption, the US political system cannot be taken seriously as a democracy. There is a pattern of Illuminati-Rothschild control throughout US history. People who deny this are living in a fantasy.

The United States was created to advance the Illuminati New World Order based on Rothschild control of credit. American ideals were designed to dupe the masses, not to be realized.

The founders and heroes of the US were mostly Masons including Paul Revere, John Paul Jones, and Benjamin Franklin. Francis Scott Key who wrote the national anthem was a Mason. John Hancock and most of the signatories of the Declaration of Independence were also Masons.

Some of these really thought Masonry was about “making good men better” and had to be assassinated. Other Presidents who weren’t Masons, like Eisenhower, Nixon and Carter, were still controlled by the same dark forces.

Throughout its history the United States has been in the clutches of a satanic cult empowered by the Rothschild central banking cartel. Many courageous Presidents and other politicians tried to free their countrymen and died unrecognized, their killers unpunished and triumphant.

The US is a nation decapitated; a headless giant led by demons.

This article was first published in the spring of 2017.