Time To Seize Back Our Country 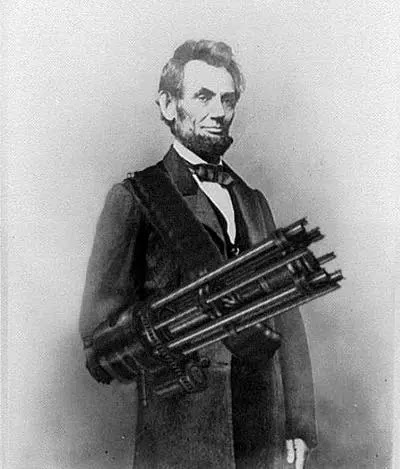 Our Time Is Here—The Signs Are Clear

As go The United States of America, so goes the world. Forced globalism is kaput. Stand up, all ye peoples, all ye nations! Halt this creeping Luciferianism now making its own final stand! Disarm and destroy those doing harm via an unrighteous might, an unjust control. The end of Leviathan is near. Our patience has been tried; toleration of iniquities is ended. We now return control of our common fate to ourselves, to the self-organized collective, to the alliance of white hats; ethics and morality, propriety and noble purpose shall now intercede to crush the dark Marxist, radical pagans of perdition. Forward, one and all, all who stand in the light of Almighty God, maker of Heaven and Earth! Advance in your shining armor upon the hordes of devils; and vanquish the demons, once and for all, casting the Prince of the World and his unholy minions back into the lowest circle of Hell.                                                                                   – Wyman Wicket

From 1828, when Andrew Jackson exiled the national bank, until the end of the fifth decade of that century, the American nation was living in its golden age. But, as dark forces coalesced around one Abraham Lincoln, those golden years came to an abrupt end. This one, lanky attorney with a beard and a stove top hat would do more to destroy our republic than any enemy, before or since.

Southern states had half the say in voluntarily creating the original federal government at our Founding. In 1860 secessionist sympathizers composed roughly half of the states. Seeking only to peacefully withdraw their (former) consent to, and participation in, that federal formation—to lawfully exercise a right to secede from a tyranny of intolerably high tariffs imposed upon them—they were instead attacked unmercifully.

In the name of “saving the Union” Lincoln’s mercenaries in blue uniforms would kill 750,000 of our countrymen and women, while wounding two to three times that many, in an undeclared “war.”[1] With a burning swath of deadly destruction brought down upon the Southern States, Lincoln “forced a Union” upon the South, pounding them into submission.

By this one, violent stroke an enlarged and newly empowered central government was crowned as the dictating entity over an involuntary Union of the states. It can be said that prior to the early 1860s it would be unheard of for the People to cede their sovereignty to the corporate agency that they created to serve them; afterwards, the People had no choice in the matter. It was an enforced strengthening and centralizing-gone-wild of the federal government, a scenario the Founding Fathers hoped could be averted by guaranteeing the people’s sovereignty and a strong sense of states’ rights via the 10th Amendment.

Lincoln changed all that. He embraced the old Whig aspirations of a British-style government, one of “mercantilism” wherein a strong central government collecting high tariffs, in tandem with a national bank, would subsidize favored corporations with taxpayer money for the purpose of “internal improvements” (railroads, canals, and other large building projects). This was really corporate welfare for the wealthy, powerful corporate interests who would then, in turn, help their crony politician benefactors to stay in power (something the Confederate Constitution prohibited, except for the dredging of harbors).

Thus, Lincoln managed to impose upon The United States of America the Hamiltonian vision of a centralized government with a central national bank financing “internal improvements.” Also, during the War on Southern Secession Lincoln jailed many thousands in the North who simply criticized or disagreed with his war policies, closing down newspapers and revoking habeas corpus. His dictatorial style imposed a mutual corporatism upon both government and big business, the very definition of fascism. (In fact, his “Lincoln Memorial,” on the National Mall since 1922, is adorned throughout with fasces, as National Park Service guides openly point out.[2]) He was able to accomplish this heavy-handed, Hamiltonian wet-dream, as also envisioned by Lincoln’s political idol, Henry Clay. Lincoln was following a long line of Federalists, from early Justice John Marshall and later Justice Story, to Daniel Webster and others who misconstrued the true, Jeffersonian American sense of real, democratic republicanism that is deeply rooted in the sovereignty of the people as expressed by them directly and through their respective states.

Since the 1860s our country has been plundered and ruled over in this way. (Funny what a wholesale slaughter of people can do to get them to “tow the line.”) And when Lincoln was assassinated, the quintessential politician with that disarming, deceitful pen and tongue—who was so reviled in his day[3]—was effectively elevated to sainthood! Yes, as unbelievable as it may sound, the hideously unconscionable Lincoln legacy was completely whitewashed[4] by those who plotted to gain from his dirty deeds—and there were many. Even today our subverted and misguided schools stupidly preach the “greatness” of our 16th president, Honest Abe, the Rail Splitter who “freed the slaves.”

The last 160+ years have been one long descent—from Lincoln, through military rule via “Reconstruction” (that has remained with us ever since as the Lieber Code), through the obfuscations of Woodrow Wilson (WWI), Franklin Delano Roosevelt (WWII), and all the way to our modern puppet presidents.

Today, just look around at the brainless ninnies who think they are in full nanny control! Yes, that legacy has morphed into a foreign government services corporation posing as our government that practices personage-for-profit against the people of this country. In particular that includes its unholy courts of injustice, not to mention the DOJ, FBI, CIA, et alia!

The original, constitutional republic has been struggling back up onto its feet again under the watchful direction of Anna Maria Rietzinger (aka Anna von Reitz). The times they are a’changin’ with Assemblies now established in each of our 50 states and with a bank of our own coming into existence that is backed by gold.[5]

Today is the day that Donald J. Trump (albeit the voluntarily exiled president of the corporate United States of America) is announcing something of historical significance to our country and the world.

Let us hope that fearless leader will guide us back, once and for all, to that shining city on the hill, The United States of America, unincorporated.

Note: For more on the real Abraham Lincoln, also see, for example:

[1] More casualties than all of our wars and conflicts put together throughout American history. Thomas J. DiLorenzo, The Problem with Lincoln, p. 156 (2020)

[4] Even today, there is a monopolistic coven of court “scholars” who peddle the fables of “Father Abraham.” Any authors wishing to publish against the current fictionalized narrative of this crowd are denied entry into the academy, denied grants and other benefits that are generally available and accorded to genuine scholars. For a thorough tour of that abyss, see, Thomas J. DiLorenzo, The Problem with Lincoln, Chapter 9, p.129-150 (2020). In fact, “Abe” Lincoln was anything but “honest” and that “rail-splitter” generally disdained hard manual labor; by the testament of those who knew him intimately he was an “infidel,” an unbeliever in the Christian faith; neither was he a reader of books, unless they provided him with information that improved his rhetorical/political abilities—instead he was an avid reader of newspapers and a teller of off-color stories who regularly used the N—– word, cared not a whit about the plight of black slaves, and in fact supported their repatriation back to Africa or colonization to Central America as the best solution for them.

[5] The Assemblies are here to help the people change their status from that of bondage, of being “U.S. citizens,” to becoming liberty-loving, freedom-practicing American State Nationals and Citizens. Go to https://tasa.americanstatenationals.org/ and contact your state coordinator to correct your status and to begin your journey home, oh patriot.