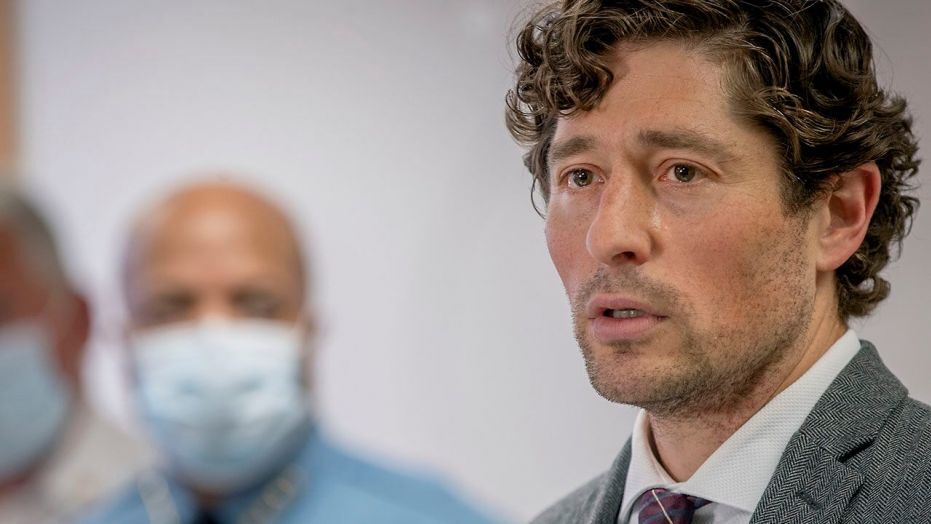 Before George Floyd died in police custody this week, triggering destructive riots as large crowds protested in Minneapolis, the city’s mayor, Jacob Frey, warned that allowing 25 percent capacity in churches would be “a recipe in Minneapolis for a public health disaster” due to the coronavirus.

Now, as his city is overwhelmed by crowds causing property damage and clashing with police, Frey’s own government said that it is giving out masks to the rioters — even though the state has prohibited gatherings of 10 or more people because of the pandemic.

The comments Frey made came Monday on “CNN Newsroom” as the mayor discussed Gov. Tim Walz’s plan to allow the limited reopening of churches amid the coronavirus pandemic with host John King. Frey alluded to King that he may flout the governor’s guidance — which would allow churches to operate at 25 percent capacity with no more than 250 people whether indoors or outdoors — because he said it may put the people of his city in danger.

“I support our governor, I think he’s doing a tremendous job and he’s looking out for the entire state of Minnesota, whereas I’m looking out for the unique characteristics associated with the city of Minneapolis,” Frey said. “Moving up to 25 percent capacity and up to 250 people in places of worship is a recipe in Minneapolis for a public health disaster.”

Minneapolis, Minnesota made it mandatory for people to wear masks in public indoor spaces.

“They’re wearing masks in Minneapolis because it’s baked into our values. We want to look out for our neighbors.” pic.twitter.com/p9avwr03ek

He continued: “That is not the route that we can or should be going on right now. We are considering some form of an emergency regulation ourselves to prevent that number of people gathering in one place.”

The Monday comments from Frey underscore how quickly things have changed in Minneapolis. Instead of worrying about keeping worshipers out of their churches or mosques or synagogues, Minneapolis has been unable keep looters out of its stores or its buildings from being burned. Police in riot gear have had debris hurled at them and rioters even took over and burned a police precinct.

Frey, in a plea for peace Thursday night, noted that his government was giving face masks to rioters in an effort to slow coronavirus spread.

“The City encourages everyone to exercise caution to stay safe while participating in demonstrations, including wearing masks and physical distancing as much as possible to prevent the spread of COVID-19,” a press release read. “The City has made hundreds of masks available to protesters this week.”

Minnesotans, although Walz is slowly lifting some of the state’s coronavirus restrictions, are still technically subject to a number of other limitations when it comes to their public lives.

According to Walz’s latest order, gatherings of more than 10 are prohibited; people “must” telework if they can, even for critical businesses; retail stores may only have 50 percent capacity; gyms and bowling alleys are closed; outdoor gatherings are drive-in only; and pools are closed to everyone except for youth programs.