RIOTgate: Why did The Obama Foundation tweet a picture of George Floyd on May 16th—9 days before his death?!

This may be the most important thing I've ever tweeted, can anyone explain how the image may have been changed after May 17? Please retweet this as much as possible if anyone knows how to change an image in a past tweet please tell mehttps://t.co/3oZe5XQLJT pic.twitter.com/QXcrJbKSzj

What follows is a screenshot of the George Floyd image taken from The Obama Foundation Twitter account. 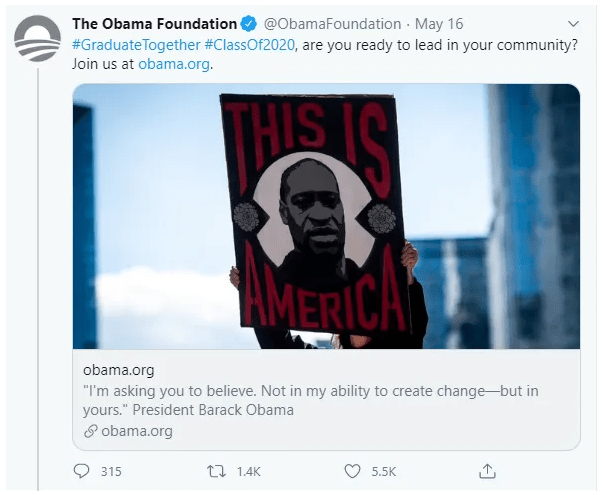 PROOF POSITIVE! These Fake Race Riots Were Pre-Planned Right Down to the Memes and Mottoes

The Obama Foundation just switched out the meme containing George Floyd’s picture on their Twitter page today — June 8, 2020 — after these posts were made.  It was replaced by the TOF logo as follows: 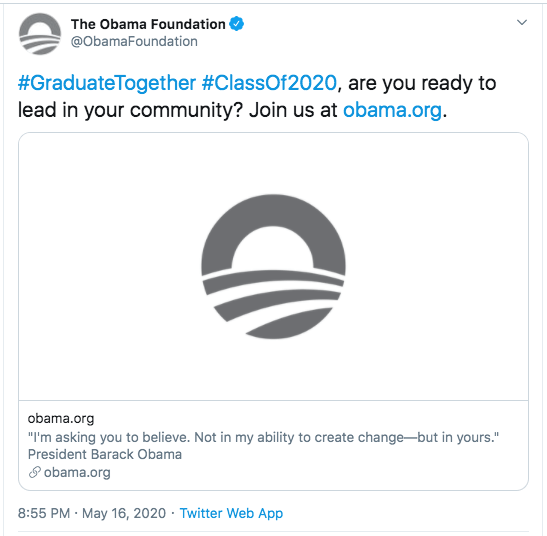 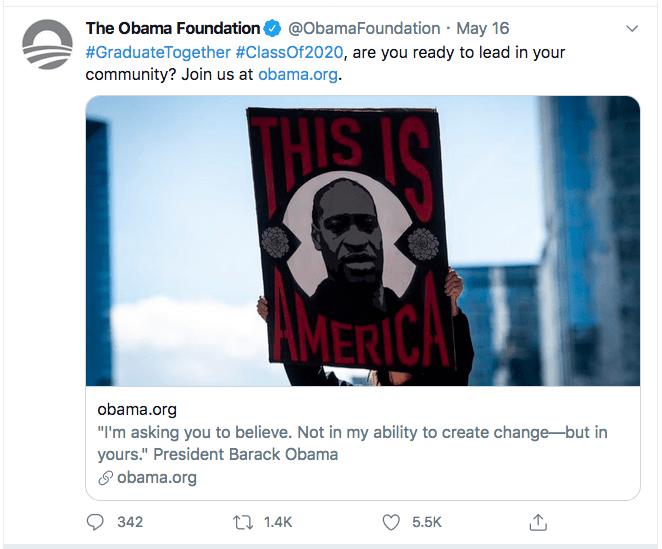