What we are witnessing nationwide is a stealthy war on law enforcement by communists, anarchists and cultural marxists.

The Communist War on Cops 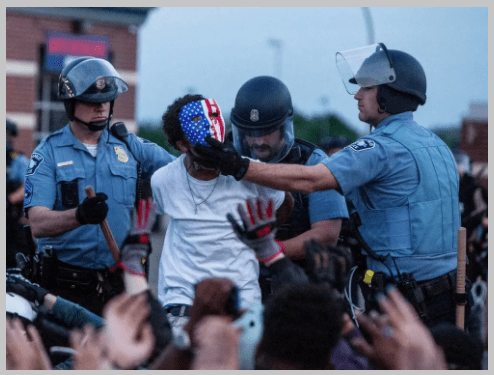 With all of this growing crazy talk about defunding or even abolishing certain city police departments, there’s a new “™” that we are listing with a status of “pending” at this time, but that may become an approved ™ very soon. As of now, it is “public safety” (™ pending). In addition to term appearing in one of the headlines above, there is also this from another of listed articles:

“A veto-proof majority of the Minneapolis City Council pledged on Sunday to dismantle the Minneapolis Police Department, promising to create a new system of public safety.”

That’s Red Minneapolis. In Red New York City, the Marxist sub-group of the City Council which has jurisdiction over the Civilian Complaint Review Board — and hence, a big say in de-balling the cops — is called “The Committee on Public Safety.” Hmmm. Now where have we heard that exact term before?If you read Planet Rothschild, you would know that it is from the bloody French Revolution.

The original Committee of Public Safety was created by the Jacobin terrorists (Reds) during the Reign of Terror (1793–1794) phase of the revolution. The Committee defined its role as the protection the new republic against foreign attacks and internal rebellion.

In Communist Czechoslovakia, the dreaded national police force which was founded by Stalin’s henchmen in 1945 was called “Public Safety.” You see, Marxists have their own code-language which centers around them. For example, the word “progress ™,” to a Marxist, doesn’t mean progress in the cultural, economic or scientific sense. No. It means “progress” toward their final revolutionarydestination.

Similarly, the term “public safety” doesn’t mean safety for the common people. The word “public” means the Revolutionary government; and “safety” actually refers to the protection of the new gangster regime — by any means necessary — from any “counter-revolutionary” resisters crying foul.  Get it?

1. The Jacobin Jackal Maximilian Robespierre directed the “Committee of Public Safety”  which so terrorized any Frenchman opposing the new regime. // 2. The symbol of the Committee of Public Safety contains the Illuminati / New World Order eyeball at top. // 3. Murder — Murder — Murder in the name of “safety” of anyone great or small who dared to speak against the Revolution.

The War on Cops has long been an important element of the Globalist / Communist control system for the same reason that (((they))) so strongly support “gun control.” In their Satanic dreams, the great masses of the people as well as patriotic county sheriffs and generally conservative local police will not be able to resist the new Jacobin mobs (Antifa, Black Lives Matter, College Libtards etc.)  In this New World, the only people allowed to have guns are those who will faithfully serve the interests of “public safety.” That’s exactly what happened during the Democratic Socialist & Bolshevik Revolutions of 1917. The police were harassed and belittled until Red agitators persuaded the weak “provisional” government to dissolve the Police of the Russian Empire in March of that year.

That is why the Red provocateurs killed seven Chicago police officers during the Haymarket Square riot of 1886.

That is why early Hollywood Communists like Mack Sennett (Keystone Cops) and Charlie Chaplin (Police) produced and/or starred in silent comedy films portraying cops as idiots.

That is why, in 1969, Bill Ayers — the Weather Underground terrorist and early mentor to young Barack Obongo — bombed the statue honoring the fallen officers of Haymarket Square and attacked policemen with mailbombs.

And this explains what candidate Obongo, in 2008, meant when he said:

“We’ve got to have a civilian national security force that’s just as powerful, just as strong, just as well-funded as our military.”

You see, once the big city cops are gone, the responsibility for  “public safety” (and the guns needed to ensure “public safety’) — will all be transferred to the “civilian national security force.”