First it was a “conspiracy theory,” now the mainstream media says geoengineering will fix global warming 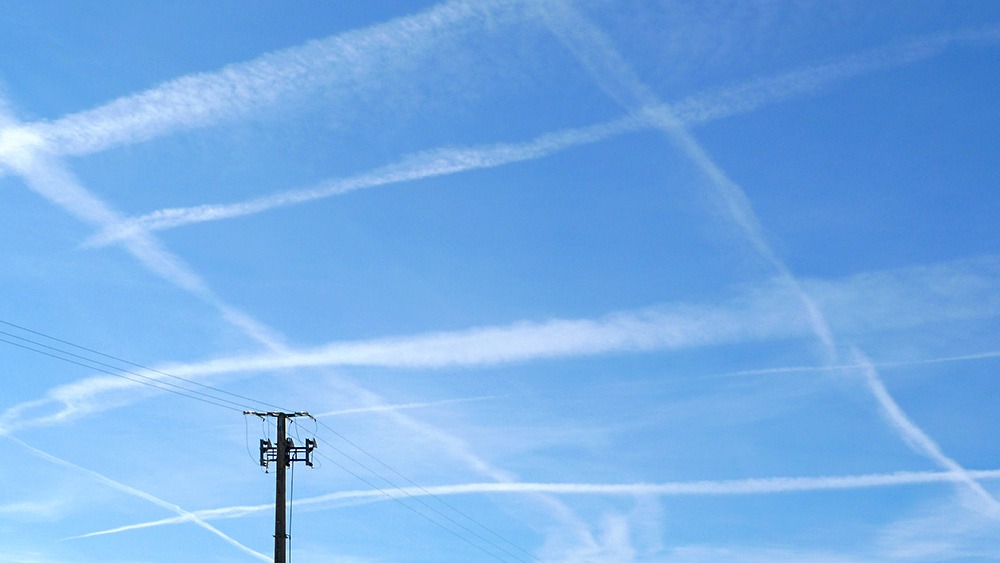 (Natural News) It was not all that long ago when any talk about geoengineering or “chemtrails” drew ridicule from the establishment, which insisted that weather modification of any kind was just some wild “conspiracy theory.” Well, now that same establishment is openly admitting that geoengineering is real, and that it is supposedly being used to “cool” the planet from the damaging effects of “global warming.”

In a piece recently published by Bloomberg, as well as republished by MSN, a writer named Gernot Wagner lays out how blocking natural sunlight – and no, this is not satire – using damaging chemicals much like the ones emitted from a volcanic eruption can allegedly help to keep planet earth from overheating from climate change.

“Large-scale tech,” he says, can effectively “re-create the cooling effects of a volcanic eruption,” at least in theory. By releasing untold tons of sulfur dioxide, or SO2, into the stratosphere, weather modification airplanes could potentially block out enough sunlight to bring atmospheric temperatures down to where climate scientists believe they should be.

Rather than continue to try to cut carbon dioxide (CO2) emissions, which could take decades to see any results, blasting the skies with SO2 would bring about changes in a matter of weeks, Wagner contends. Though “imperfect and risky,” it is apparently worth trying, much like “an experimental drug taken in a pandemic.”

Amazingly, Wagner is also pushing the same anti-CO2 propaganda as NBC News, which declared back in early 2019 that CO2 is a “pollutant” that must be eradicated if humanity is to have any future on the planet.

The CO2 pollutant myth has been completely debunked, by the way. You can learn more about why by checking out the following video from Mike Adams, the Health Ranger, which is also available at Brighteon.com:

CO2 is not just a pollutant, according to Wagner; it is a harmful pollutant that supposedly kills four million people each year through heart disease, stroke and lung cancer. He also claims that acid rain is caused by CO2, which is killing trees and “melt[ing] medieval cathedrals.”

It is always just doom and gloom with these climate fanatics, which insist that God got it all wrong and that mankind needs to start altering weather patterns and blasting the skies with chemicals in order to save us all from impending disaster. The only disaster that is coming, of course, is God’s judgment, which no amount of SO2 will solve – but that’s not the point.

Just to be clear, Wagner presents the idea as hypothetical, meaning the official story is that such weather modification programs have not yet begun – or at least not to the degree that “conspiracy” folks have been claiming. But millions of people are witnessing with their own eyes these weather modification programs in action on a daily basis, which suggests that they are already happening.

This makes sense, seeing as how the federal government is already spending some $2 billion a year on “climate research,” according to the U.S. Global Change Research Program. Where is all of this money going if not towards actual geoengineering programs that are spraying our skies already?

For more related news about geoengineering and chemtrails, be sure to check out Geoengineering.news.