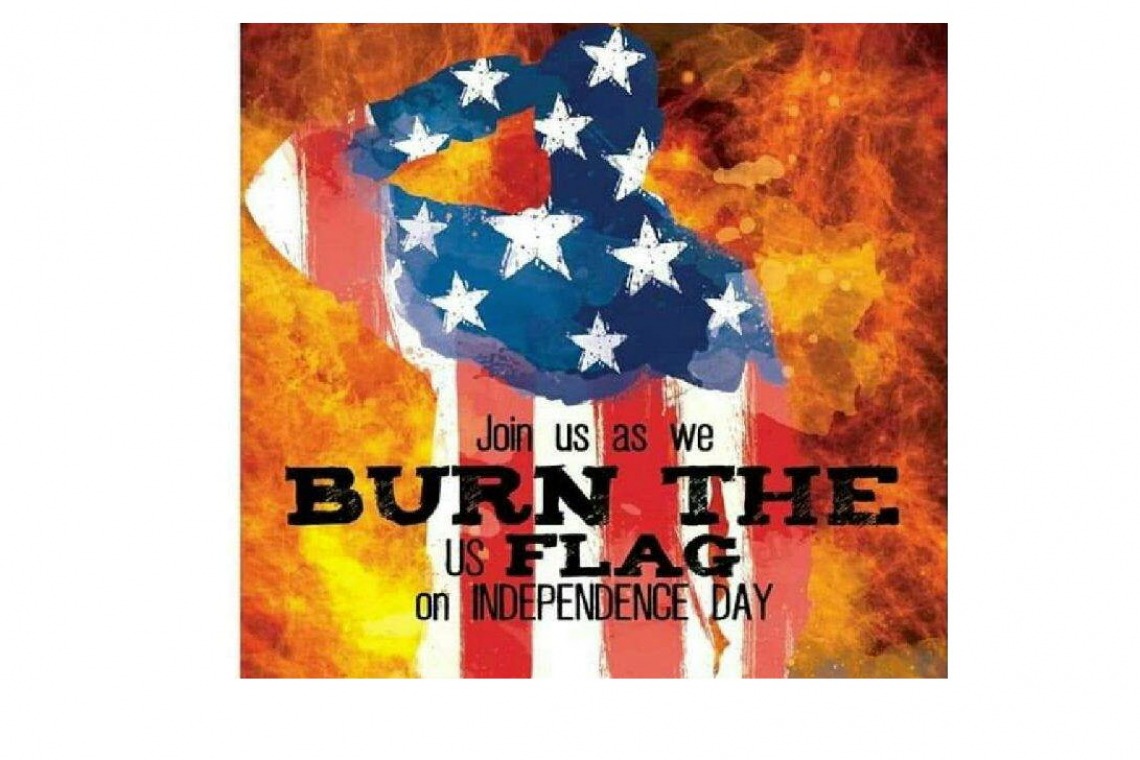 ANTIFA is planning to desecrate the Gettysburg National Cemetery by burning flags there on July 4; just before they begin MURDERING White people and BURNING DOWN Suburbs the same day.

Announcements are already appearing on the Internet about the desecration of 3500 Union Solder graves at the Hallowed ground where Abraham Lincoln gave his Gettysburg Address.

The real eye-opener is from a Controlled Unclassified Law Enforcement Bulletin issued as “Law Enforcement Sensitive – For Official Use Only” to Police and Fire Departments about ANTIFA already using fireworks to acclimate suburbia with sounds of explosions, so they can use those to cover for gun fire when they attack white, suburban, neighborhoods the same day.

According to Controlled Unclassified Information (CUI) in a Bulletin issued to Police and Fire Departments,  ANTIFA has been taking deliveries of very large shipments of professional-grade fireworks.  They have been sending teams out to various areas throughout America to detonate those fireworks for the past two weeks, to achieve Three (3) specific objectives:

1) The first objective is to test the response of local law enforcement. If fireworks are going off around the clock and residents are filing complaints, will police respond? How long does it take them to respond? How many officers? Do they even respond at all? This data is being recorded by these groups, and will prove to be very valuable intel for what is to come. This is a very accurate barometer to test the waters.

2) The second objective is to get local residents (ie: white people in nearby neighborhoods) acclimated to the frequent sounds of explosions that often sound like gunfire.

3) The final objective: Knowing response times and manpower of police, and having acclimated the local population into explosion sounds that mimic gunfire, to then commit arson attacks with professional fireworks to set so many fires, local Emergency Services are immediately overwhelmed, and enter houses to actually fire guns and kill as many as possible in white suburbs.

Unless you have been living on different planet, you should be fully aware that America is currently under attack. While mass-media hjas portrayed this situation as “peaceful protests” those engaged have beein rioting, smashing private property and businesses, looting on a scale which is unparalelled, and beating, stabbing, shooting innocent people in the areas where these activities are taking place.

You have probably also read or overheard many reports of illegal fireworks and explosions that are currently taking place throughout many different US cities. If you do a google search for “fireworks complaints” you will find countless articles posted just in the last week or so.

Most of these news reports are local, since local news is far more likely to have boots on the ground and residents reporting an accurate assessment as to what is actually going on. However, national media outlets are largely attempting to paint this “uptick” in fireworks activity as a sign of people being overly “celebratory” in preparation for the 4th of July.

Any narratives stating that the massive fireworks activity is due to people “celebrating” is 100% false. In fact, it’s dangerously false. Here are the facts, so please pay close attention.

As a result of major 4th of July events being shut down and cancelled due to the Covid-19 pandemic, an overwhelming surplus of fireworks have flooded the market. Several activist groups including ANTIFA, BLM and Weatherundergound are exploiting this surplus and are bulk purchasing from suppliers in extremely high volumes.

In many cases, these are highly dangerous, professional-grade fireworks.

The number of people within these groups must not be underestimated. They operate like terrorists and use clandestine communication strategies. There are many members of these in groups in most major cities, and have been for several years. Yes, these are essentially domestic terror cells, and as you’ve likely guessed, this is indeed the year in which they have been instructed to carry out their master’s dystopian agenda.

This agenda began with infiltrating any cities that have a higher population of blacks than the national average (which is around 13%). Any city with a black population higher than that, is where operations are underway.

What they are doing is delivering fireworks in bulk, via moving trucks and vans.

You may have remembered the pallets of bricks that were being dropped off at various locations so Rioters could use those bricks to destroy property? This is a similar strategy.

Once these fireworks are delivered, they are then distributing them to any black people who wish to set them off for their own entertainment, previously under the guise of the non-existent “Juneteenth” holiday, and to make sure these fireworks were set off almost continually all day and night in various cities.

In some cases, ANTIFA, BLM and Weatherundrgound local leaders are actually paying black people in these areas to set them off, while the remaining fireworks are being set off by mainly white leaders of these groups.

This may not be a shock, as you’re likely aware that white, Marxist radicals are the ones who have been frequently arrested for burning buildings cars during these riots. Again, these are activists/terrorists who have covertly infiltrated these predominantly black areas. So, this answers the question of “who” is responsible for the huge number of fireworks complaints that have been circulating for a week or more. Now, “why” they are doing this.

The general strategy of using fireworks contains 3 primary objectives. The first objective is to test the response of local law enforcement. If fireworks are going off around the clock and residents are filing complaints, will police respond? How long does it take them to respond? How many officers? Do they even respond at all? This data is being recorded by these groups, and will prove to be very valuable intel for what is to come. This is a very accurate barometer to test the waters.

The second objective is to get local residents (ie: white people in nearby neighborhoods) acclimated to the frequent sounds of explosions that often sound like gunfire, which leads into the final objective of the mission: to destroy the suburbs which contain primarily white people.

You may remember a blip on Drudge and various other outlets not long ago about the riots reaching white neighborhoods, and this is indeed the objective.

If you’re a white person, Christian, or even just a law abiding white citizen regardless of your religion, these Marxist terrorists do not want you around. You’re hated beyond comprehension.

White culture and the foundations of this great nation are in the process of being literally erased. This should be clear by now.

The Law Enforcement Bulletin observes that, tragically, most white people in these surrounding areas will indeed mistake the sounds of actual gunfire, for celebratory fireworks, as the mobs march away from the ghettos and section 8 housing, and into the suburbs beginning on July 3 and July 4.

HIJACKING THE 4TH OF JULY

These groups will attempt to hijack one of this nation’s greatest holidays and turn into a dark day in hell.

They are already planning to burn American Flags at the Gettysburg National Cemetery. This is literally Hallowed ground upon which tens of thousands fought and died for this nation!