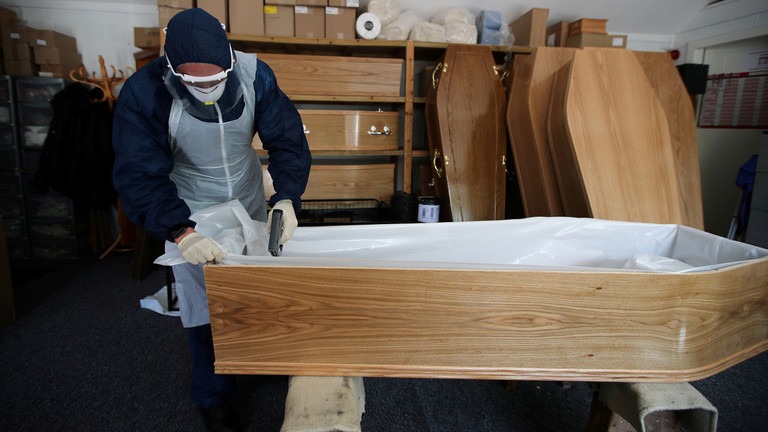 Hancock called for an investigation on Friday after confirmation that Covid-19 fatality figures for England include people who tested positive for the deadly virus months before they died. However, in other UK nations such as Scotland and Northern Ireland, they only include deaths in their daily count if someone died within 28 days of testing positive for the disease.

The critical difference in how deaths are recorded may explain why England’s death toll has remained higher than its neighboring nations.

It follows an astonishing article published on Thursday by University of East Anglia professor Yoon K Loke and Carl Heneghan, a professor of evidence-based medicine at Oxford University.

The analysis conducted by the two scientific statisticians showed that PHE has been recording the deaths of people who have previously tested positive for the disease as a coronavirus death – no matter if they had fully recovered from the virus before they died.

“A patient who has tested positive, but successfully treated and discharged from hospital, will still be counted as a Covid death even if they had a heart attack or were run over by a bus three months later.”

In their damning assessment, the pair insisted that it was “time to fix this statistical flaw that leads to an over-exaggeration of COVID-associated deaths.”
These Covid-19 fatalities refer specifically to people that have died in a hospital setting. It’s not yet clear how many deaths in the community may have been recorded this way.

Between March 1 and June 30, there were 50,335 deaths involving coronavirus in England and Wales. 46,736 of those deaths had Covid-19 assigned as the underlying cause of death. ONS’s data is not based on the same apparent anomaly as the PHE figures.