Does asymptomatic spread of COVID-19 even occur?

Why asymptomatic spread of Covid has become so bizarrely controversial

New findings are being filtered through a distorting film of spin. A topic as neutral as the role of asymptomatic spread has been distorted by polarised narratives. 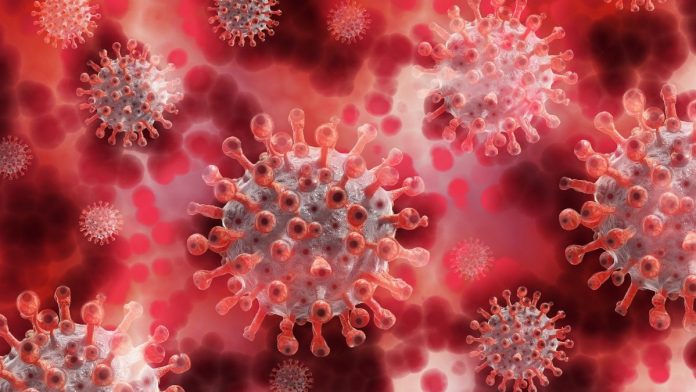 Recent leaps in science should mean we can navigate the coronavirus pandemic more freely and safely than last spring, when so little was known about how the virus spreads. Knowledge should give us all power. But that’s not happening in the U.S., in part because the way scientific knowledge is being politicized.

New findings are being filtered through a distorting film of spin. Set aside the needlessly heated debate over masks or the alarmingly partisan debate over reopening schools; it’s pretty easy to understand why those arguments have gotten so intense. But even a topic as neutral as the role of asymptomatic spread has been distorted by polarized narratives.

The extent of political spin on science became apparent after Maria Van Kerkhove, an epidemiologist and the WHO’s technical lead on Covid-19, said that asymptomatic transmission was “rare.” That ignited widespread discussion on the implications for social distancing policy, questions over whether it was necessary, and a detailed debate over “presymptomatic” versus “asymptomatic” carriers.

Under pressure, Van Kerkhove recanted, but not because the science behind her statement was wrong. There is growing evidence that some people — maybe as few as 5%, maybe as many as 40% — experience no symptoms at all while infected with SARS-CoV-2. The few studies that have followed them suggest asymptomatic people are not as likely to transmit the disease to others as those who eventually get sick.

There is good evidence that people can transmit the virus before they feel symptoms, and some infections are extremely mild. That backs recommendations for people to take precautions against spreading the virus — such as wearing a mask in certain settings — even if they feel fine.

But it’s misleading to suggest that people who never get symptoms are the primary drivers of disease outbreaks. That could erode public support for measures like surveillance and contact tracing by making such efforts seem futile. That would be a mistake: contact tracing is working elsewhere.

An emphasis on asymptomatic spread may focus attention on the wrong things, says infectious disease expert Muge Cevik of the University of St. Andrews in the U.K. She was inspired to look into the matter, she says, following a highly publicized review of previous studies published in the Annals of Internal Medicine, which concluded asymptomatic carriers were responsible for about half of all transmissions. She didn’t think the studies cited supported the claim.

And it didn’t square with her experience treating patients or her reading of the scientific literature. The first report of an asymptomatic transmission came in March from Germany, but it turned out the carrier was feeling mild flu-like symptoms she mistook for jet-lag. What she probably had was prodromal syndrome, said Cevik — which is a sort of unwell feeling people get when they’re coming down with something. This is important because getting those slightly sick people to stay home could prevent significant spread of the disease. When she reviewed papers on so-called superspreading events, she found those who sparked them were not asymptomatic cases, but people with mild symptoms.

Unfortunately, most papers on transmission from asymptomatic cases failed to follow up to see if these people later developed symptoms, she says of her review of the literature. Other studies conflated asymptomatic and mild illness. And still others only observed the prevalence of asymptomatic positive cases but offered no information about transmission.

Eventually, she found a total of eight papers that actually looked at transmission from documented asymptomatic cases. The studies encompassed a total of 41 asymptomatic carriers whose contacts were traced — a total of over 1,400 contacts. Only eight of the 1,400 got sick.

“What we found,” she says, “was actually similar to what WHO said.” Asymptomatic people can transmit the disease to others — the risk is not zero. The so-called attack rate, which measures the fraction of contacts infected was, in high-risk settings, less than 1% for asymptomatic cases versus 75% for those showing symptoms. Among members of the same household, the attack rate was 15% for symptomatic cases and 2% for asymptomatic ones. She and colleagues published their conclusions as a response to the Annals of Internal Medicine article.

“As a clinician, this really bothers me because we really have to get this right,” she says. That means getting a better handle on the range of symptoms — including the inability to smell, which happens in as many as 60% of mild cases. It means making sure people recognize these symptoms, stay home, and ideally, allow contact tracers to stop chains of transmission.

A paper published last week in the Proceedings of the National Academy of Sciences concluded that isolating sick people isn’t enough, and that’s true. But tracing their contacts and isolating them seems a better option than giving up in defeat. Many countries from Japan to Ethiopia have been successfully stopping chains of transmission this way.

Ultimately, science can’t tell people what to do. There should be a political side to deciding how to balance risk of death and quality of life, health hardship and economic hardship. Those are value judgments. But politicizing the science ensures the public will suffer the worst of both.- Bloomberg