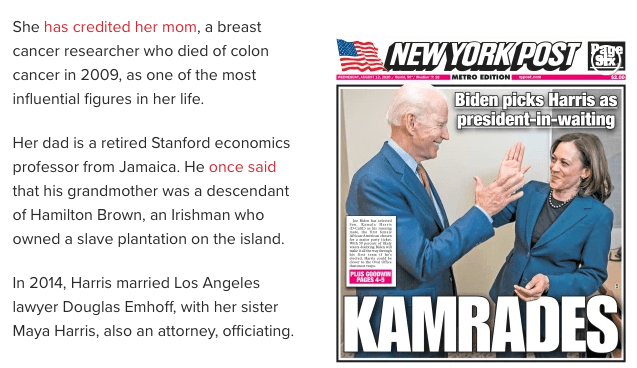 EXCERPTS FROM THE SLAVE REGISTERS

CONTRIBUTED by Jeanne A. Smith, MD

The National Archives in London, (also known as the Public Record Office), is the repository for numerous records concerning the West Indies, and Jamaica in particular. These records include wills, manumissions, correspondence, proclamations, slave registers and other transactions. I had the opportunity recently to visit the archives and review a small portion of the myriad records which they have. My interest was in tracing my ancestors back to the slavery days thus I was particularly interested in the Slave registers (T71 series).

I also looked at the Colonial Office correspondence related to apprenticeships, (the compulsory period of service which followed the abolition of slavery in 1834) and found in CO137/231-232 a series entitled “Despatches Apprentices 1838″. The proclamation which follows advises the former slaves that the period of apprenticeship would end in 1838 instead of 1840. Readers of the history of slavery in the West Indies know that many of the islands did not enforce the requirement for an apprenticeship, considering it impractical and unenforceable. The Jamaican planters insisted on an apprenticeship period, but soon discovered that it was unmanageable, and thus the legislation to end the apprenticeship in August 1838, although one would never know from this proclamation that there had been any problems1.

A complete catalogue of Public Record Office holdings, plus information on getting to and using this wonderful facility can be found at www.PRO.gov.uk

By his Excellency Sir LIONEL SMITH, Knight commander of the most honorable military order of the Bath, Knight grand cross of the Royal Hanoverian order, a Lieutenant-General in her Majesty’s land forces, and Colonel of the Fortieth Regiment of Foot, Captain-General, Governor-in-chief, and Commander of the forces in and over Her Majesty’s Island of Jamaica, and other territories thereon depending in America, Chancellor and Vice-Admiral of the same.

The 1st of August next is the happy day when you will become free under the same laws as other freemen whether white, black or coloured.

I, your GOVERNOR give you joy of this great blessing.

Remember that in freedom you will have to depend on your own exertions for your livelihood, and to maintain and bring up your families, You will work for such wages as you can agree upon with your employers.

It is their interest to treat you fairly

It is your interest to be civil, respectful, and industrious.

Where you can agree and continue happy with your old masters, I strongly recommend you to remain on those properties on which you have been born, and where your parents are buried.

But you must not mistake, in supposing that your present houses, gardens, or provision grounds, are your own property

They belong to the proprietors of the estates, and you will have to pay rent for them in money or labor, according as you and your employers may agree together.

Idle people who will not take employment, but go wandering about the country, will be taken up as vagrants, and punished in the same manner as they are in England.

The ministers of religion have been kind friends to you; listen to them; they will keep you out of troubles and difficulties.

Recollect what is expected of you by the people of England, who have paid such a large price for your liberty.

They not only expect that you will behave yourselves as THE QUEEN’S good Subjects, by obeying the laws, as I am happy to say you always have done as apprentices; but that the prosperity of the island will be increased by your willing labour greatly beyond what it ever was in slavery. Be honest towards all men; Be kind to your wives and children spare your wives from heavy field work as much as you can; make them attend to their duties at home, in bringing up your children, and in taking care of your stock;above all, make your children attend divine service and school.

If you follow this advice, you will, under God’s blessing be happy and prosperous.

Given under my hand and seal at arms, at St Jago de La Vega, this ninth day of July in the First year of her majesty’s reign, Annoque Domini, 1838

By his Excellency’s command

The British Parliament abolished the slave trade in 18072. But soon recognized that transport of slaves from Africa to the Americas was still continuing. In an effort to enforce the prohibition on importation/purchase of new slaves, the slave registration system was devised. Beginning in 1817 plantation owners were required to list by name, color, age, place of birth all slaves on their plantation3. In subsequent years, (1823, 1826, 1829, 1832 and 1834), the reports consisted mainly of births, deaths, runaways and manumissions.

Unfortunately, most registers which I have seen list the vast majority of slaves by a single (first) name only, do not recognize marriages at all, and give mother’s name (never father’s) only for children. Generally, surnames do not appear and must have been obtained only when freedom, or perhaps baptism occurred. African refers to born in Africa, and creole refers to born in Jamaica. In the colour column, most individuals are listed as Negro, or Black. There are a few Mulattos,and Sambos. The other categories (Octaroon, Quadroon, etc.) do not appear to have been used much, if at all.

These records are difficult to use by themselves. But if used together with manumission records, early baptism and marriage records, other records, and even the wills of plantation owners it may be possible to find some of one’s ancestors.

The four slave registers which follow are for the year 1817 for plantations in the parish of Saint Ann owned by Hamilton Brown (2), Sarah Duncan (1), and Angus Campbell (1). Hamilton Brown owned several plantations over the years 1817 to about 1845. According to the 1818 Almanac which can be found on this site, (Jamaican Family Search) , he was the owner of Minard (128 slaves) which he must have acquired from its previous owner (John Bailie) in 1815 or later. The number of slaves on this estate approximates the number of slaves in one of the registers attributed to his ownership (124 slaves). The other register (86 slaves) cannot be assigned to any estate, although he is listed in Almanacs for subsequent years as owning several, (Antrim, Grier Park, Colliston, Little River, Retirement and Unity Valley).

Angus Campbell owned Lime-Tree Garden with James Campbell according to the 1809 Almanac. By the time of publication of the 1815 Almanac James had died and Angus is listed as having 39 slaves.

This fits well with the 1817 slave register report which lists 40 slaves. He apparently dies by 1818 when the Almanac lists his estate as including another piece of property, Cottage, with 15 slaves.

All four returns were found in T71/43

2 Williams, Eric, “From Columbus to Castro The History of the Carribean.” Random House, New York, 1970

I Hamilton Brown do swear that the above list and return consisting of two sheets is a true perfect and complete list and return, to the best of my knowledge and belief in every particular therein mentioned of all and every slaves possessed by me as owner, considered as most permanently settled, worked and employed in the Parish of Saint Ann on the twenty Eight day of June One thousand Eight Hundred and Seventeen without fraud, deceit or evasion So help me God.

Sworn before me this twenty fourth day of September 1817

I Hamilton Brown do swear that the above list and return consisting of two sheets is a true perfect and complete list and return, to the best of my knowledge and belief in every particular therein mentioned of all and every slaves possessed by me as owner, considered as most permanently settled, worked and employed in the Parish of Saint Ann on the Twenty Eight day of June One Thousand Eight Hundred and Seventeen without fraud, deceit or evasion So help me God. Sworn before me this twenty fourth day of September 1817. Hamilton George

A Return of slaves in the Parish of St Ann in the possession of Angus Campbell as Owner on the 2? Day of June in the year of our Lord 1817

I Robert Duncan son of Sarah Duncan Senr~ do swear that the above list and return consisting of one sheet is a true perfect and complete list and return to the best of my knowledge and belief in every particular therein mentioned of all and every slave and slaves possessed by her as proprietress considered as most permanently settled, worked or employed in the parish of Saint Ann on the twenty eighth day of June, One thousand eight hundred and seventeen, without fraud, deceit, or evasion.

Sworn before me this sixteenth day of July 1817, So help me God

NOTE: On the Return of Sarah Duncan, Jamaican Family Search added Pamela’s 3 sons and corrected the spelling of 5 names, in August 2012.

© 2013. Jamaican Family Search hereby grants you a limited license to copy and use the materials provided on this site solely for your personal, non-commercial use. No other use of the site or materials is authorized. You agree that any copy of the materials (or any portion of the materials) that you make shall retain all copyright and other proprietary notices contained therein. Posting of materials on other Web Sites is strictly prohibited.