Posted on September 2, 2020 by State of the Nation 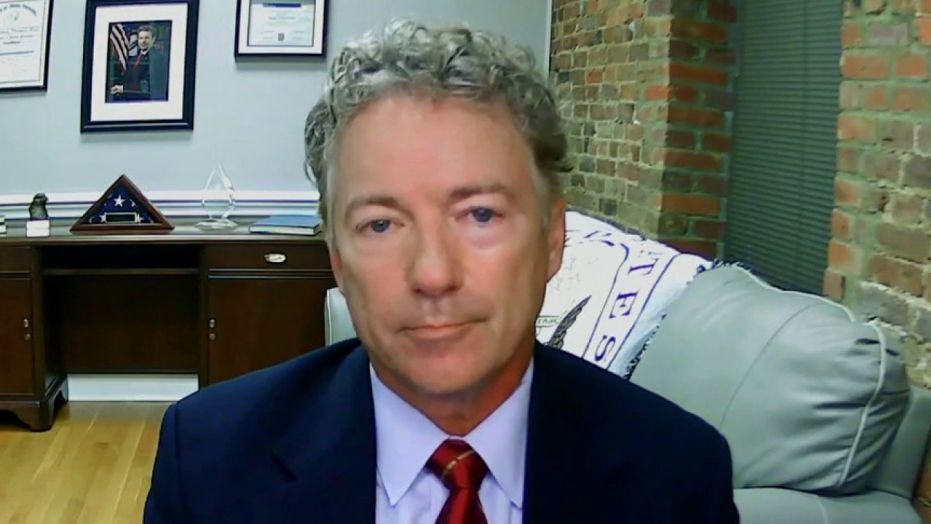 Sen. Rand Paul, R-Ky., joined the “The Fox News Rundown” Wednesday to discuss President Trump‘s visit to Kenosha, Wis., amid violence in Democrat-run cities that he blames on supporters of Democratic presidential nominee Joe Biden, who he said likes the chaos and would rather this be his campaign.

The Republican senator who was attacked by a mob on video after Trump’s acceptance speech outside the White House Thursday, calls on the former vice president and his running mate, Sen. Kamala Harris, D-Calif., to denounce the people committing acts of violence.

“This is their base,” Paul told host Jessica Rosenthal. “These marauding people in our streets are all supporters of Joe Biden.”

The senator doubled down after Rosenthal pressed him on whether or not the rioters would actually support the Democratic candidate.

“Absolutely they would,” Paul said. “Who do you think the organizers of Black Lives Matter support? They support Joe Biden. They hate Donald Trump with a passion.

“[Biden] could easily renounce the support of any of the people involved with this, but he won’t because Black Lives Matter is a constituent group … and I frankly think that he won’t because I think he actually supports what they’re doing.”

Before that Biden also condemned similar violence in Minneapolis after George Floyd died in the custody of that city’s police department.

Paul said it has to stop, recalling the mob attack he and his wife encountered: “We were very, very concerned throughout the entire ordeal, even when more police came, we were concerned that the police could be overrun.”

Despite Paul authoring the “Justice for Breonna Taylor” Act after meeting with her family, members of the mob yelled at him to say her name and support criminal justice reform, of which he says he has co-sponsored two dozen bills with colleagues from the other side of the aisle.

“That’s the irony of these people who are really intent just on violence. They have no clue and don’t care about actually changing politics,” he said.

“When you look at these cities, what you find is the top 10 cities with the highest murder rate per capita are all Democrats,” Paul explained. “If you look at the cities that have had the major problems, Chicago poor. Minneapolis, and Louisville in our state, all run by Democrats for 50 solid years. Not one Republican. So it’s kind of hard to say it has anything to do with Republicans or Donald Trump.”

“How is it the fault of somebody who says what he wants to do for the country, and then the other side reacts in violence?” Paul asked. “The violence going on in our cities is all coming from the left.”

Paul praised Trump for lending “moral support” in Kenosha Tuesday, though he doesn’t support giving more money out of Washington, D.C., saying, “We need law and order … I think it’s going to lead to our ruin as a country if we don’t have some law and order again.”

The senator who supports demilitarizing the police said he believes the best law enforcement is local.

“I do feel sorry for the people in these cities run by Democrat mayors who aren’t doing anything,” he said. “I mean, to call rioting and burning the courthouse, you know, a summer of love, like the mayor in Seattle did, to let people organize, you know, huge Glocks. There is a role for the federal government to protect federal buildings, and there’s also a role for the National Guard that has to be typically called out by the governor.”