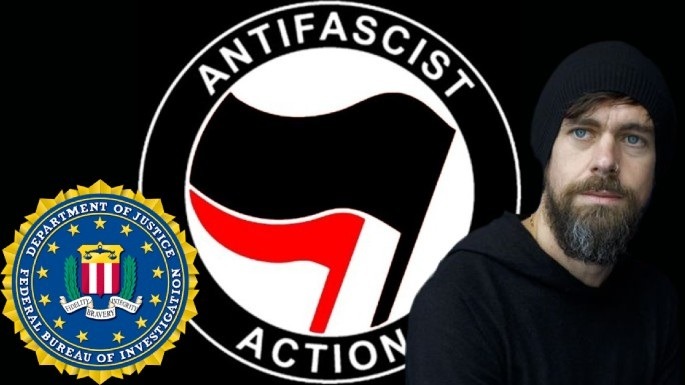 (Natural News) As you might recall, we’ve been reporting on Trump’s plans to invoke the Insurrection Act after the election, deploying military troops on the streets to halt the extremist left-wing political coup attempt that’s expect to be activated shortly after the election. Now, fascinating news has emerged that confirms US federal intelligence officials have, for months, been quietly identifying the participants and leaders of both Antifa and BLM terrorist organizations, including wealthy donors who are funding these operations.

It turns out that Trump’s DHS has been using sophisticated phone “cloning” hardware to impersonate the phones of Antifa and BLM extremists in order to eavesdrop on their phone calls and texts. Through this technology, they have assembled a complete organizational structure and hierarchy map of the leaders involved in today’s left-wing terrorist operations. More importantly, this information is being readied for a nationwide takedown of illegal insurrectionists once the Insurrection Act is activated.

All this is being confirmed by numerous media investigative efforts, including those of anti-Trump publisher The Nation, which reported:

While in Portland, an interagency task force involving DHS and the Justice Department used a sophisticated cell phone cloning attack — the details of which remain classified — to intercept protesters’ phone communications, according to two former intelligence officers familiar with the matter.

Indy media outlet News Thud further reports that the collection of this information points to an “October surprise” during which left-wing terrorists may face sweeping arrests:

So the DHS and the FBI have been listening to Antifa and they know who in the media and in politics they have been talking to. You can tell by reading the report from The Nation, the left is getting real nervous about this because it is the number one report on their website as of the writing of this post.

Further confirmation of all this emerged from Trump’s own words, uttered just two days ago, when he promised to designate both Antifa and the KKK as “terrorist organizations.” Reporting via The Epoch Times:

President Donald Trump is slated to announce a measure that designates far-left movement Antifa and the Ku Klux Klan (KKK) as terrorist organizations, calling for lynching to be made a federal hate crime.

Attorney General William Barr in August said Antifa is a “revolutionary group” that is bent on establishing communism or socialism in the United States.

“They are a revolutionary group that is interested in some form of socialism, communism. They’re essentially Bolsheviks. Their tactics are fascistic,” Barr said in an interview with Fox News on Aug. 9.

Kyle Shideler, director and senior analyst for Homeland Security and Counterterrorism at the Center for Security Policy, told The Epoch Times that Barr and other federal officials need to “treat the group as the subversive and insurrectionist force it is.”

These developments are crucial to note for several important reasons:

#1) Both Antifa and the KKK are creations of Democrats

While Trump may be appearing to balance terrorist designations by pairing Antifa with the KKK — which many Americans incorrectly believe would balance left-wing vs. right-wing — in truth the KKK is a creation of the Left. The KKK could best be described as the Antifa of the 1950s. It was the militant wing of the Democrats, just like Antifa is today. In effect, this designation by Trump is a double declaration against the terrorism of Democrats.

#2) Once Antifa is officially designated a terrorist organization, mass arrests can begin immediately

The official designation of Antifa as a terrorist organization will unleash federal law enforcement resources to wage mass arrests across Oregon, Washington, California and New York, among other states. The entire Antifa leadership will be taken down very quickly, removing from the left-wing coup masterminds their “militant troops” that they hope will carry out their color revolution against America.

#3) Any corporations who funded Antifa will be complicit in financing domestic terrorism, which is a felony crime

The designation of Antifa as a terrorist organization will also ensnare all those US corporations that have donated money to Antifa over the last four years. Those corporations will suddenly find themselves guilty of financing domestic terrorism operations, and they will be subject to arrest and seizure of assets. (I have no doubt much of the funding will be traced back to Big Tech.) This is how Trump fights back against left-wing corporate giants funding illegal insurrection activities to try to overthrow the United States.

Finally, once the arrests of Antifa begin, investigations will lead authorities directly to the funding sources of this coup attempt. These “money men” include George Soros and other wealthy globalist persons and corporations — even nations like China — that are trying to destroy the United States of America.

The good news in all this is that Trump has a plan to disrupt the “color revolution” coup attempt of the radical Left, which is being run by the CIA against America. This same type of revolution has been plotted and carried out in many other nations around the world, following the same playbook. Even Glenn Beck got it right with his coverage of this topic:

As I’ve previously explained in podcasts, left-wing rioters are going to be charged with sedition once Trump invokes the Insurrection Act and activates the US military across 50 cities, all of whom are being put in place under the cover story of “Operation Warp Speed” which claims the military is needed to distribute vaccines. See my previous story: ANALYSIS: Trump’s “military” deployment of vaccines on Nov. 1 is a clever cover story to prepare for Insurrection Act invocation, mass arrests using military police.

Here are more details on the “Operation Chaos” plans of the Democrats, who are all treasonous actors who must be arrested, prosecuted and executed if found guilty of treason:

How to get prepared and stay informed

1) Watch all my how-to survival and preparedness videos at PrepWithMike.com, which includes videos on firearms, how to make emergency medicine, off-grid survival skills and more.

2) Join Brighteon.social and monitor the live stream of breaking news there by clicking on “Live Stream” in the left column, after you log in. This will show you all the messages from the nearly 10,000 members now, many of whom are live tweeting breaking news on the riots and the attempted revolution against America. My channel there is @HealthRanger

4) Be ready for severe disruptions, including power grid failures, communications takedowns and fighting in the streets of America’s cities. Have extra food, water, medicine, firearms and other off-grid survival gear at the ready. Expect extreme disruptions as left-wing revolutionary forces attempt to pull off a kinetic coup against the United States, anywhere from Nov. 3rd through the end of January. Read Survival.news for daily information on survival skills and survival gear.

Keep reading this website to stay informed. Pray for divine protection and be willing to defend your nation against the radical left-wing insurrectionists who are trying to destroy it.