This Caucasus hot spot is the hottest spot on planet Earth! 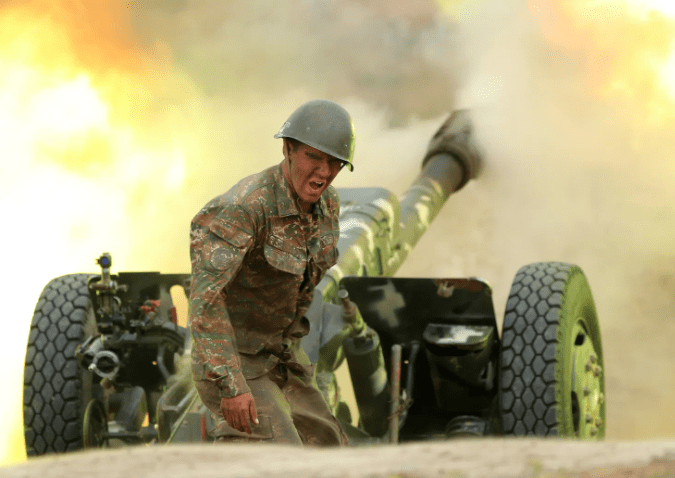 Few geopolitical hot spots across the planet rival the Caucasus, that intractable tribal Tower of Babel, throughout history a contentious crossroads of empires from the Levant and nomads from the Eurasian steppes. And it gets even messier when one adds the fog of war.

To try to shed some light on the current Armenia-Azerbaijan faceoff, let’s crisscross the basic facts with some essential deep background. Ilham Aliyev, Azerbaijan’s proverbial “strongman,” in power since 2003, late last month launched a de facto war on the territory of Nagorno-Karabakh held by Armenia.

At the collapse of the USSR, Nagorno-Karabakh had a mixed population of Azeri Shiites and Armenian Christians. Yet even before the collapse, the Azerbaijani Army and Armenian independentists were already at war (1988-1994), yielding a grim balance of 30,000 dead and roughly a million wounded.

The Republic of Nagorno-Karabakh declared independence in 1991, but the declaration was not recognized by the “international community.” Finally there was a ceasefire in 1994 – with Nagorno-Karabakh entering the gray area/no man’s land of “frozen conflict.”

The problem is that in 1993 the United Nations approved no fewer than four resolutions – 822, 853, 874 and 884 – establishing that Armenia should withdraw from what was deemed to be roughly 20% of Azerbaijan’s territory. This is at the core of Baku’s rationale to fight against what it qualifies as a foreign occupation army.