Will the geoengineers slam the Texas-Louisiana coastline and nations’s oil refining capacity with a Cat. 4 Mega-hurricane?! 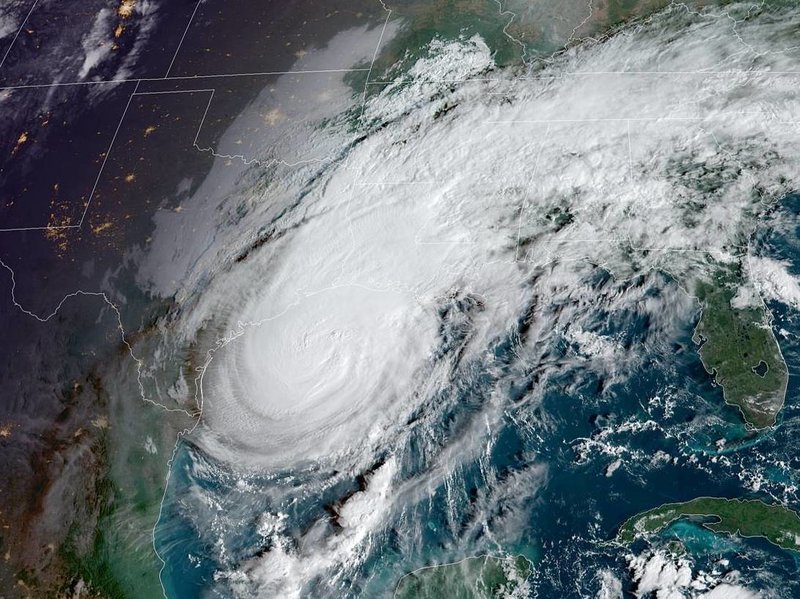 Hurricane Delta is looming over the northern Gulf of Mexico Friday, as it heads toward landfall on Louisiana’s coast.
NOAA/NESDIS/STAR GOES-East

Hurricane Delta will bring a “life-threatening storm surge, destructive winds, and significant flooding” to the U.S. Gulf Coast, the National Weather Service says. The storm has strengthened into a Category 3 hurricane, with sustained winds of 115 mph.

The hurricane is forecast to make landfall Friday evening — the National Weather Service office in New Orleans is warning residents, “Worsening conditions are expected through the day.”

Delta is currently 130 miles south-southwest of Cameron, La., the National Hurricane Center said in its 11 a.m. ET update. The center of the storm is expected to make landfall just east of that town, which was hit hard by Hurricane Laura in late August. The system is moving north at 13 mph.

Noting satellite imagery that shows clouds and vapor fanning out along the edges of the system, Graham added, “The air coming in, building that convection, and all those winds, and then the air coming out — you can see this thing basically breathing.”

A hurricane warning is in effect from High Island, Texas, east of Galveston, to Morgan City, La., south of Baton Rouge. Delta’s rains are already falling on southwestern Louisiana and southeast Texas. It’s also bringing a storm surge that could cause water to rise 7-11 feet above ground. 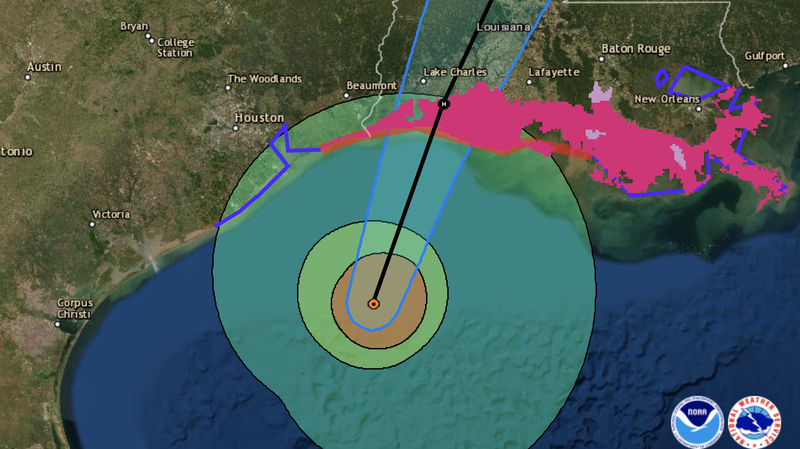 Hurricane Delta is projected to make landfall east of the Texas-Louisiana border, close to the spot where Hurricane Laura devastated communities in August.

Hurricane warnings center on the coast, but they extend well inland because of Delta’s large size. Tropical storm warnings cover an even deeper area, up to Louisiana’s northeast border with Arkansas.

The storm will likely weaken slightly before making landfall, as it is forecast to cross over cooler waters and enter less favorable wind conditions as it nears the Louisiana coast. Some of that weakening has already begun to take place: the storm’s maximum sustained winds fell from 120 mph to 115 Friday morning.

“Regardless, Delta is forecast to be near major hurricane intensity when it makes landfall and significant impacts are expected,” the National Hurricane Center said.

Storms of similar intensity commonly cause major damage to homes and snap or uproot trees, along with causing widespread power outages.

Delta’s strength has sharply fluctuated since it became a hurricane on Monday — including an explosive growth early on, from 40 mph Monday morning, to a Category 4 hurricane on Tuesday with winds of 130 mph.

Despite that early strength, the storm was relatively small. But it has grown larger as it crosses the Gulf of Mexico’s warm waters.

Delta’s center is now projecting hurricane-force winds outward for up to 40 miles, and tropical-storm-force winds for up to 160 miles — increasing the area for potential damage from the storm and any tornadoes it might generate on land.