US President Trump says he ‘won’t waste time’ on virtual debate with Joe Biden, plans to hold rally instead 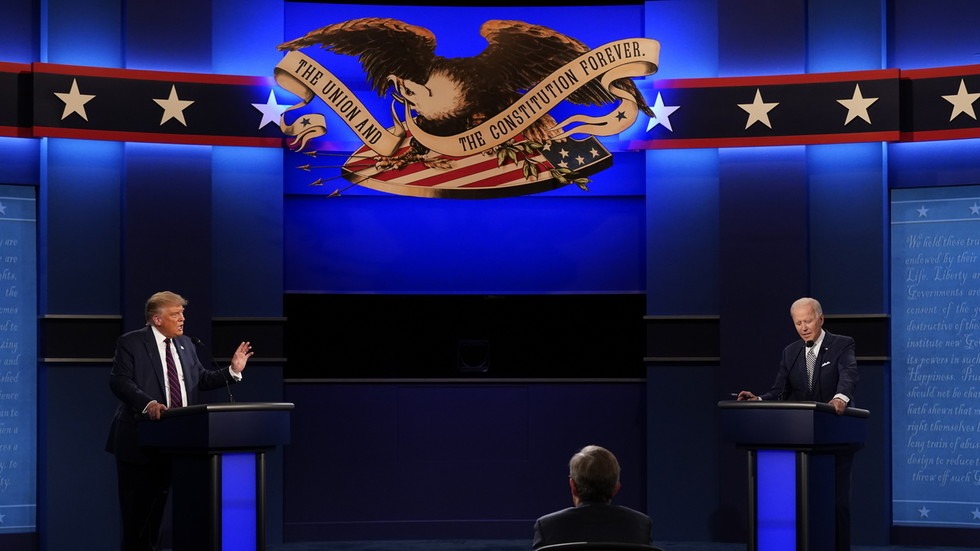 President Donald Trump has vowed not to participate in a virtual debate with Democrat Joe Biden after the debates commission proposed a new format in which the candidates would appear at remote locations.

Speaking with Fox Business Network’s Maria Bartiromo, Trump said the proposed format, in which each candidate would appear via a live feed from separate remote locations, was unacceptable.

Trump said he was “not going to waste” his time doing a virtual debate, and dismissed the proposed arrangement for the October 15 faceoff.

The announcement of the proposed ‘town hall’ format pushed by the Commission on Presidential Debates came less than a week after Trump tested positive for Covid-19.

The US president denounced the change in format, while also claiming victory in the first debate, which was widely viewed as chaotic to the point of being described by mainstream media commentators as a “s**tshow.”

Trump said he was unwilling to “sit behind a computer and do a debate” and called the mere suggestion “ridiculous.” Earlier this month, the president warned the commission against changing the format of future debates.

The Trump campaign said it would hold a rally instead of attending the next debate. Addressing his health in the TV interview, Trump said he does not believe he is contagious and that he is feeling “really good”. “I’m back because I’m a perfect physical specimen,” Trump told Bartiromo.

Earlier this week, Biden said the pair “shouldn’t have a debate” if Trump is still infected with the virus, but said that he would base a decision on his participation on advice from medical experts.