The AJT spoke with Allison Padilla-Goodman about the ADL’s recognition by the FBI. 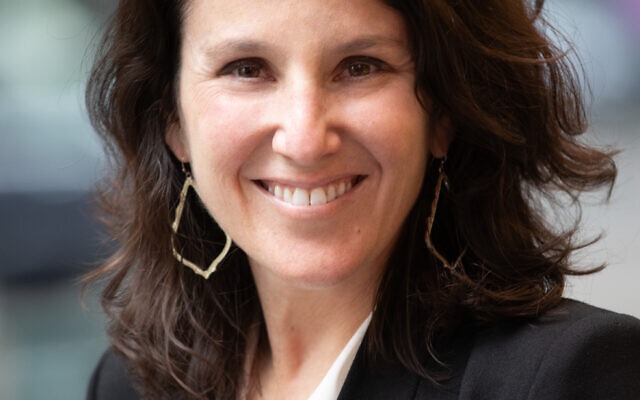 The southern division of the Anti-Defamation League is set to receive an award from the FBI for its work in combating hate, bigotry and extremism.

Allison Padilla-Goodman, vice president of the ADL’s branch in Atlanta, will accept the Director’s Community Leadership Award, presented by the FBI, at a Washington, D.C., ceremony whenever it is rescheduled. It was originally scheduled for the spring but was postponed because of the coronovirus.

The award was created in 1990 “as a way to honor individuals and organizations for their efforts in combating crime, terrorism, drugs and violence in America,” according to an FBI statement.

We asked Padilla-Goodman about the recognition.

AJT: Why are you and the ADL receiving this award?

Padilla-Goodman: We do a lot of work with the FBI on a regular basis. We communicate fairly regularly on domestic extremism threats, on hate crimes, on issues of extremism in our state. We’ve done some joint training and professional development workshops for them. The ADL actually trains every new FBI agent in Washington, D.C., at the United States Holocaust Memorial Museum with our law enforcement and society training.
We have this long-standing national relationship with the FBI and we continue to put it as a top value here in Atlanta. The FBI is an important entity [regarding] bias-motivated incidents in general, so this partnership is really important to us.

Padilla-Goodman: We have a bill in the state legislature right now. It’s ADL’s bill. We’ve been working on it for a long time to get Georgia off the list of states that don’t currently have a hate crimes bill. We’re just waiting for it to get a hearing.

AJT: What do you think the media is not covering that it should be?

Padilla-Goodman: They pay a lot of attention when there’s a white supremacist rally, something like that that’s really in your face. I actually think they pay too much attention to those things; I wish they were a little less emphasized. And when we think about anti-Semitism, most people in the non-Jewish community are surprised to hear about how much anxiety there is about anti-Semitism in the Jewish community right now.

What I and other board members would like to see is a regular short blurb of the latest things that people should know about, maybe a summary of white supremacist incidents in Atlanta over the past month, or the new trends that we’re seeing online, … because there’s so much general concern about those sorts of issues. If you want to do that, I’m happy to connect you with the right people.

AJT: What else should the media be looking at?

Padilla-Goodman: We have this coalition called Hate Free Georgia with these big non-Jewish partners who feel very committed to not just the ADL, but the Jewish community more broadly. When we see things like Black Lives Matter adding a line about Israeli and Palestinian rights, … I feel that what I hear a lot from the Jewish community is ‘oh, our relationship with the black community is not that strong.’ The CEO of the Urban League and the head of the NAACP would tell you very differently. I think people in the Jewish community need to hear how much non-Jews value their allyship and stand with us.