The whole scheme is designed to replace Biden with Harris. 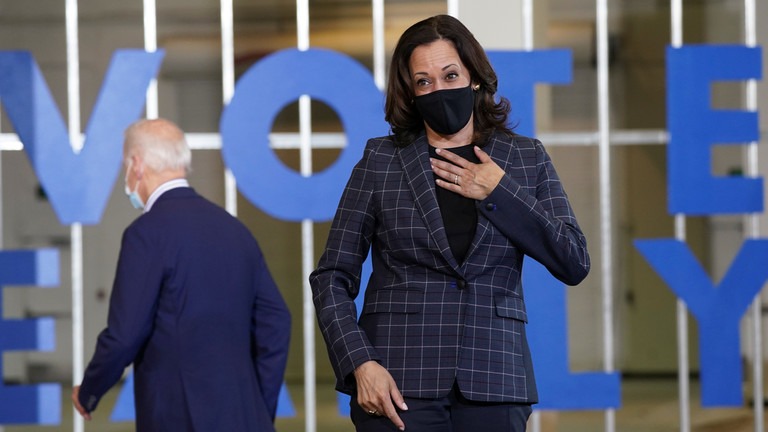 Soon after Rep. Nancy Pelosi introduced a commission that would allow Congress to remove a mentally unfit president, Donald Trump tweeted a claim its ulterior motive is to replace Democratic candidate Joe Biden with Kamala Harris.

“This is not about President Trump,” Speaker of the House Pelosi said when announcing the legislation on Friday. “He will face the judgment of the voters. But he shows the need for us to create a process for future presidents.”

Instead, the commission is needed to give “some comfort to people” about government stability, Pelosi (D-California) insisted.

Some, however, were not convinced the commission is meant as just an additional safety mechanism in the time of the Covid-19 pandemic. Pelosi’s assurance the legislation wasn’t about Trump has quickly sparked a theory that such a commission could be used to replace 77-year-old Joe Biden – whose own mental stability has been steadily questioned – should he win the election next month.

President Trump himself floated that theory on Twitter shortly after Pelosi’s announcement.

“Crazy Nancy Pelosi is looking at the 25th Amendment in order to replace Joe Biden with Kamala Harris. The Dems want that to happen fast because Sleepy Joe is out of it!!!” Trump wrote.

Others, including former Speaker of the House Newt Gingrich, have similarly lobbed the accusation at Pelosi.

“Pelosi is talking about 25th amendment replacing incapacitated President as trial run for replacing Biden with Harris next Spring if they win,” Gingrich tweeted.

“Target is Biden not Trump,” he added.

Under the 25th Amendment, a president can be stripped of their authority if they are deemed unfit for some reason to carry out their duties. This requires a two-thirds vote from both houses. Pelosi’s bill, however, would make this potential commission the determining body about a president’s fitness.

Pelosi has questioned the health of the president since he was diagnosed with Covid-19 and left Walter Reed Medical Center. She accused him just this week of being in an “altered state.”