How does Poland fine Russia for Nord Stream 2 for €6.5 billion fine? 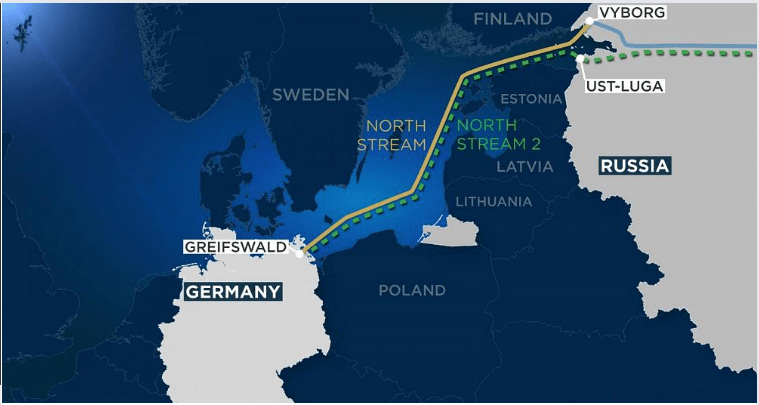 By handing out a €6.5 billion fine against Gazprom, Warsaw has obviously and massively miscalculated because it did not only antagonize the Russian energy company as was intended, but also European partners of the Nord Stream 2 pipeline project, which the Polish government obviously had not considered. Even leaders within the European Union were shocked at the huge fine that Poland is attempting to impose against Nord Stream 2.

It may very well be that the Polish Office of Competition and Consumer Protection (UOKiK) has lost itself when deciding on the price of the fine against Gazprom. But regardless of that, UOKiK has apparently also exceeded its jurisdiction. As the Düsseldorf-based energy supplier Uniper reports, the existing agreements on Nord Stream 2 have nothing to do with a joint venture, which is why the Polish laws on merger controls do not apply to them. The initial plans were to finance the construction of the Nord Stream 2 pipeline through the establishment of a joint venture. For this, however, the companies involved should have received a permit in all the countries in which they operate, as well as from Poland, the only EU state that blocked this decision. The decision for it not to be a joint venture was made without further ado so as not to waste time or money in a dispute with Polish authorities.

The pipeline partners designed an alternative financing model for Nord Stream 2 and instead of joining Nord Stream 2 AG (Company) as a co-partner, the European energy companies are participating in the project as lenders so that Polish antitrust laws do not apply to them. However, Gazprom, the majority shareholder of Nord Stream 2 AG, has given its European partners shares in the company as a mortgage for the financing provided. If the loans from the Russian side are not paid, the European corporations automatically become the owners of Nord Stream 2 AG. Referring to this fact, the Polish antitrust authorities have declared the European partner companies to be quasi-shareholders in the pipeline project.

With this UOKiK also justifies the exorbitant fine against Gazprom and the fines of around €55 million against Uniper (German), Wintershall (German), Engie (French), OMV (Austrian) and Shell (English-Dutch). Neither Gazprom nor Nord Stream 2 are financially at risk at the moment and the Russian group has already announced that it will take the fine to court.

Poland is of course now aware that their attempts to fine the Nord Stream 2 project will amount to nothing. The aim of the Polish government is not so much to force a large sum of money from Gazprom in the long term, but rather to bury the pipeline project entirely. And this is the part where Warsaw has grossly miscalculated, not only European reactions, but Russian determination.

The goal to cancel Nord Stream 2 also explains why Polish authorities published their decision last week. Relations between the EU and Russia are extra strained because of the Navalny case and the situation in Belarus. France and Germany are working on new sanctions against Russia for the Navalny case and continue to apply pressure against Belarus.

Another question is how effective these measures will be. Sanctions have long degenerated into ambiguity as it is the usual way the West deals with Moscow. Russia has learnt how to adjust their economy accordingly, meaning that sanctions have turned into a farce. The West is regularly expanding its blacklists of sanctioned companies and private individuals, but there has been no significant effect. Political forces with a keen interest in the failure of Nord Stream 2 are plentiful in the West and they are currently advancing the Navalny case in the hope that it will cut the EU from Russia more strongly or permanently. This will not occur as Europe desperately needs Russian energy, which is why Nord Stream 2 is such a critical project for all involved.

Poland plays the main role in trying to cancel Nord Stream 2 and the decision by UOKiK is just another push to finally get Europe to abandon the pipeline project. According to a joint declaration by France and Germany, measures are currently being prepared for those alleged to be responsible in the Navalny case and their participation in the so-called Novichok program.

Despite these measures, Western Europe is bringing its energy project which is important for its own future out of the danger zone, while Poland is attracting even more displeasure from EU giants through its own operation. A penalty against Gazprom may be a Russian problem, but fines against leading corporations from Germany, France, the Netherlands, Great Britain and Austria are guaranteed to leave many of Europe’s biggest capitalist angered. The effort Warsaw is making to thwart Nord Stream 2 is visibly turning opposite to what they expected as there is little doubt the Nord Stream 2 project will come to fruition and completion.