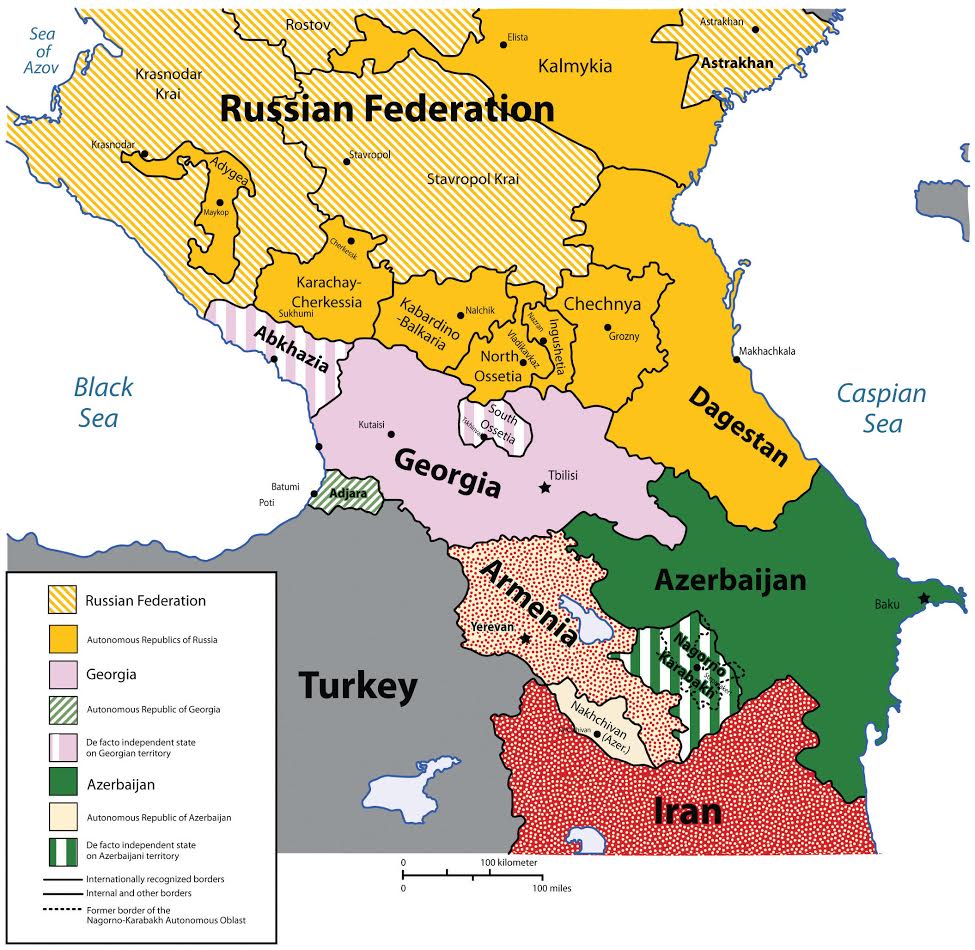 Every Russian who cares about the future of his or her country should be worried these days. Very worried. There are clear signs which indicate Holy Russia is facing perilous times although our leaders—actually our ONE leader–seems unfazed by the imminent threats.

It all goes back to the early 20th century when geographer Helford J. Mackinder said in a speech at the Royal Geographical Society of Britain, “whoever controls north-central Eurasia (the “Heartland” theory) commands the world.” The southern rim of the Heartland was northern Middle East, meaning Armenia.

In political terms, the Heartland was Russia. The unsaid proposal was to prevent Russian world domination: the world should defeat or at least shrink the size of the Heartland.

Since the end of the Second World War, the United States has made it its mission to shrink Heartland Russia.  During the Cold War, America expressed its containment of the USSR/Russia in ideological terms (lack of democracy and freedom of speech), although the real reason for its hostility was political.

Everyone knows that President George H.W. Bush lied to Mikhail Gorbachev that NATO would not extend its presence in the former Soviet satellite states. But NATO troops are now practically in every state immediately west of Russia. With the Western chokehold on Russia in place, Washington has decided to probe the southern area of Russia’s sphere of influence, namely Syria, the Middle East, and Armenia. But rather than risk a Third World War, Washington is using Turkey to push back Russia. Thus we are seeing Turkish President Erdogan’s violent adventurism in Syria, in the Greek waters, Libya, and Armenia. We are watching Erdogan’s hallucination about reincarnating the brutal and corrupt “Sick Man of Europe” but dressed in a three-piece suit with the blood-soaked Turkish flag on the lapel.

While sly Erdogan would very much like to destroy Russia, he doesn’t want to endanger the future Neo-Ottoman Empire. Thus, the game Ankara is playing is aimed at destroying Armenia without provoking Russia. To advance its expansionist policy, Erdogan is using Azerbaijan and terrorists in the war against Armenia.

If Armenia collapses in the absence of robust Russian assistance, or boots on the ground, genocidal Islamic terrorists will appear in southern Russia—as they did twice in the past week—to cause murder and mayhem.

According to Anadolu Agency, there are about 25 million Muslims in the Russian Federation (15-20 percent of the total population).Most of them admire Turkey and consider Erdogan a hero. They are also exposed to Turkish propaganda intended to encourage them to rise against Russia.

Since the collapse of the Soviet Union, there have been few months when these Islamic terrorists didn’t cause criminal outrages against Russia. We hope the world hasn’t forgotten the Beslan School Massacre (2004) when 334 people were killed by Islamic terrorists. Terroristic groups have proliferated with a dizzying array of names with the Riyad el-Suliheen and the Caucasus Emirate leading the pack of assassins. They have bombed government buildings several times, attacked the Domodedovo International Airport in Moscow (2011), Chechnya’s FSB building, and a military hospital in North Ossetia. We can never forget how the entire northern Caucasus was aflame in the 1990s when warlords invaded Dagestan and Chechens called for jihad.

If Armenia collapses, the Islamic terrorists of Russia will see the Armenian defeat as the first sign of Russia’s retreat from the Caucasus. Operating in a sympathetic atmosphere, they will inspire and encourage Muslims of Russia and the northern Caucasus to rise up. The Chechens, the Ingush, Kabardians, the Karachay, Tatars, Balkars, Dagestanis will rise against Russia and drive the Russians out of the northern Caucasus region.

By allowing Armenia to be persecuted by the organized Turanian forces, Russian President Vladimir Putin is jeopardizing his career and enabling the demise of Russia as a major power. Perhaps unknowingly, Putin is imitating suicidal Byzantium which weakened Armenia rather than strengthening it to serve as a wall against Seljuk Turk invasions of Asia Minor. When finally the Seljuks and the forces of Byzantium fought at Manzikert, Armenia was of little help to Byzantium: the country by then had been neutralized by the geopolitical “geniuses” in Constantinople. The Manzikert Battle (1071) marked the beginning of Byzantium’s fall.

Since his rise to power, Putin has been considered a superb strategist, a superior chess player, and a man who would return Russia to its greatness. But what if we are looking at a Potemkin village? What if the emperor has no clothes?

Rather than rectifying Stalin’s gerrymandering decree when he gifted Nagorno-Karabakh -– a part of historical Armenia — to Azerbaijan,Putin is risking losing the Caucasus. History and the Russian people will condemn Putin if he allows the Turkic onslaught to imperil Russia and its southern flank.

Tiny Armenia sent more than 500,000 military personnel to fight the Nazis and protect Mother Russia. More than half of the Armenian military men didn’t return from the front. Armenians also contributed military geniuses such as Marshalls Ivan Bagramyan, HamazaspBabadzhanyan, and Sergei Khudyakov to the Russian Cause and they all happened to hail from Nagorno-Karabakh. Some Russians remember these loyal Armenians even if Vladimir Putin might not.

Author Yuri Novikov lives and works in Toronto. He has been to Azerbaijan and Nagorno-Karabakh and is an active member of the local Russian community.