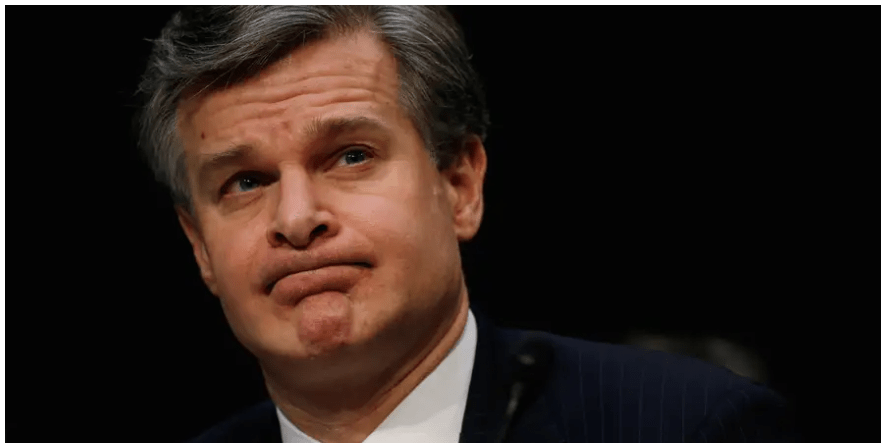 President Donald Trump’s frustration with FBI director Christopher Wray has mounted in recent weeks and he is considering firing Wray after the November election, The Washington Post reported Wednesday.

Trump’s anger is rooted in his belief that Wray, in particular, and Attorney General William Barr did not announce an investigation into Democratic presidential nominee Joe Biden and deliver the president a pre-election boost in the polls.

Trump’s frustration comes after he, his personal lawyer Rudy Giuliani, and their allies in the right-wing media circulate unfounded allegations that Biden and his son, Hunter Biden, are tied to corrupt Ukrainian interests and that the elder Biden inappropriately leveraged his role as vice president in 2015 and 2016 to shut down a criminal investigation into the Ukrainian natural gas company Burisma Holdings to protect his son, who was serving on Burisma’s board at the time.

Trump and Giuliani have been making claims of corruption against the Bidens for over a year, but they became turbocharged last week after the New York Post published a controversial and widely discredited story purporting to show “smoking gun” emails between Hunter Biden and a senior Burisma executive about setting up a meeting with Joe Biden when he was vice president in 2015. Trumpworld immediately latched onto the story as proof of the president’s claim that the Bidens were in bed with shady Ukrainian interests.

Trump said the story showed Biden is a “criminal” and accused his family of being an “organized crime” syndicate but did not say what the former vice president was guilty of. And as Business Insider has previously reported, intelligence assessments, public reporting, witness testimony, and Republican-led congressional investigations have found no evidence that Biden broke the law.

Shortly after the story was published, NBC News reported that the FBI is investigating whether the emails at the center of the story were part of a foreign influence operation. The probe is said to be part of a broader inquiry into Russian disinformation that began sometime last year, before Trump’s impeachment inquiry. 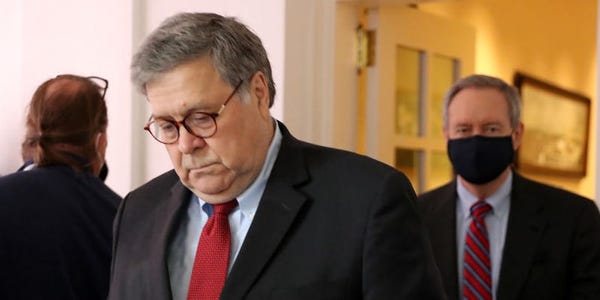 The attorney general, meanwhile, has been in the president’s doghouse for a few weeks, ever since he failed to deliver results on two politically charged investigations Trump wanted to be done before the election.

Earlier this month, Barr reportedly drew the president’s ire when he told Republican senators that an investigation he was overseeing on the origins of the FBI’s Russia investigation would not conclude in time to release a report before the election.

Trump has long said that investigation, spearheaded by US Attorney John Durham, will show evidence that the Obama administration and the “deep state” masterminded a plot to take him down by illegally launching the FBI’s investigation into Russia’s interference in the 2016 election.

So far, the Durham probe has resulted in a criminal charge against a former FBI lawyer who pleaded guilty to making false statements to investigators. But it has not uncovered evidence of a nefarious conspiracy against the president and his loyalists by his perceived political foes.

In another blow to Trump, The Washington Post reported last week that an internal DOJ investigation commissioned by Barr that focused on whether Obama-era officials improperly “unmasked” Flynn’s name in intelligence reports formally ended closed with no criminal charges or public report.