Texas National Guard to send up to 1,000 troops to major cities for support after election

Texas Guard spokesman Brandon Jones said troops could be sent to Houston, Dallas, Fort Worth, Austin and San Antonio, but that he didn’t know how many guardsmen would be sent to each place. 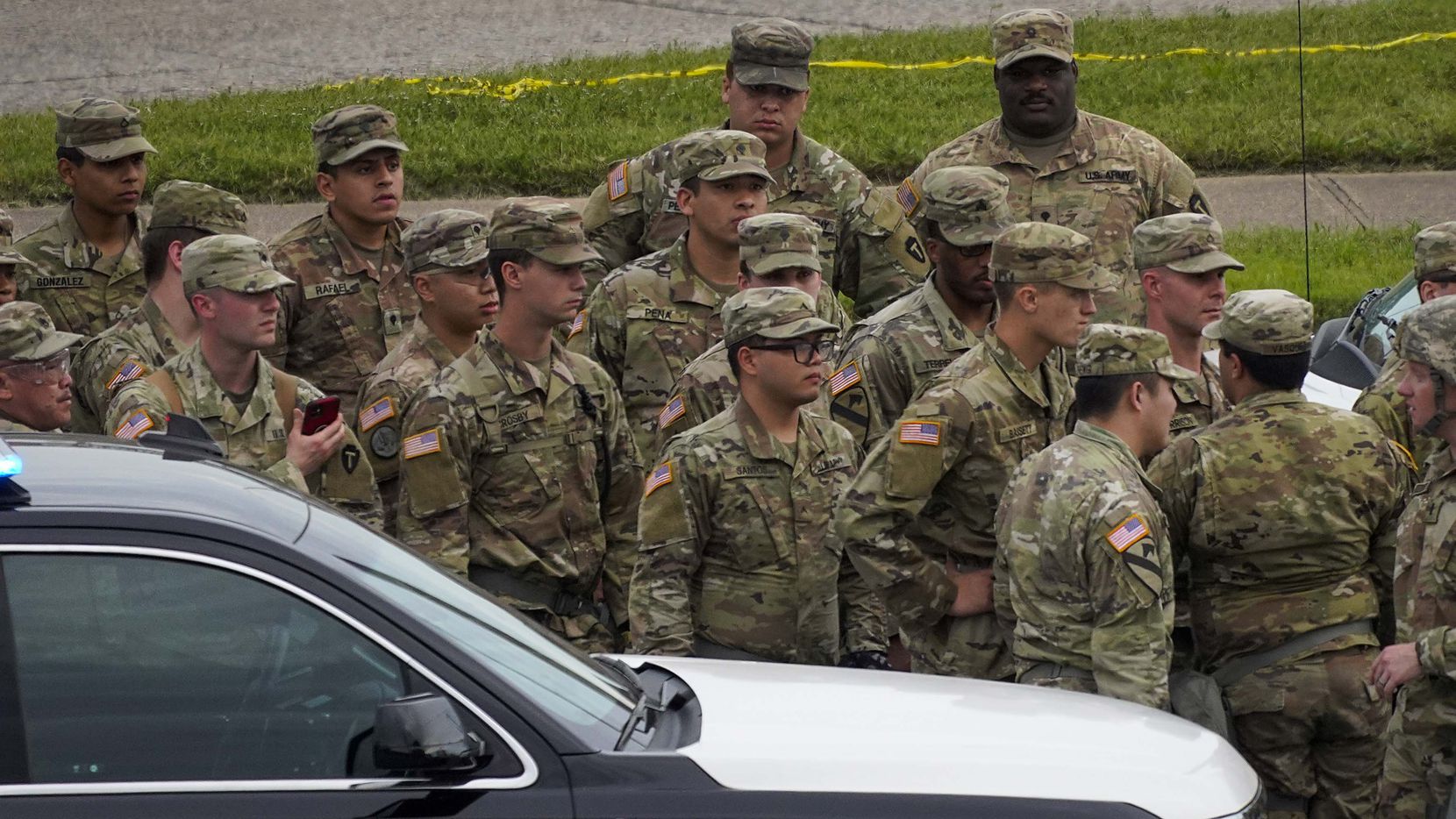 National Guard troops gather nearby as demonstrators rally at the Frank Crowley Courts Building as protests continue after the death of George Floyd on Monday, June 1, 2020, in Dallas.(Smiley N. Pool / Staff Photographer)

The Texas National Guard plans to send up to 1,000 troops to five cities to support local law enforcement and the Texas Department of Public Safety after the Nov. 3 election, the San Antonio Express-News reported.

The troops could be sent as early as this weekend, the outlet reported. Troops are being activated “as we did previously to deter any civil disturbance at sites in various cities within Texas,” Maj. Gen. James K. “Red” Brown, chief of staff for the guard’s commander, told the Express-News.

Texas Guard spokesman Brandon Jones told the outlet that troops could be sent to Austin, Dallas, Fort Worth, Houston and San Antonio, but that he didn’t know how many guardsmen would be sent to each place.

“Right now we could go to 1,000 troops in support of civil disturbance operations,” Jones told the Express-News. “We’re going to guard buildings just like we did during the George Floyd protests earlier this year. We are not going anywhere near polling locations. That has not been requested.”

He said he couldn’t speculate whether the mission of the guard would change to include the protection of polling places.

“We never make any speculation associated with any possible mission,” he told the outlet. “That’s not what we do. We respond to requests from the governor.”

Maj. Gen. Tracy Norris, the guard’s commander, was asked in recent weeks to draft plans in the event of trouble after the election, according to the Express-News.

The outlet reported that the National Guard Bureau said that election commissions in other states have asked their governors to request guard help to staff polling locations during the election.

Tristan Hallman, a spokesman for Dallas Mayor Eric Johnson, said the mayor was not aware of the plans to deploy guardsmen in the city.

Dallas County Judge Clay Jenkins said the county hasn’t been contacted by Gov. Greg Abbott about the possible deployment of troops, but that officials weren’t expecting any trouble during or after the election.

“We’re going to proceed as normal and declare a winner when all the votes are counted, and it’s really as simple as that,” he said. “We have no indication and no intelligence that this will be anything but a peaceful election.”

National Guard members assisted local authorities in Dallas in June during protests after the death of George Floyd, a handcuffed black man who died after a police officer knelt on his neck for several minutes.

The guard was also deployed to help staff the North Texas Food Bank earlier this year.

The support ended Sept. 1 of that year, and a grand jury declined to indict the two troopers.