Pelosi will be ousted as Speaker. 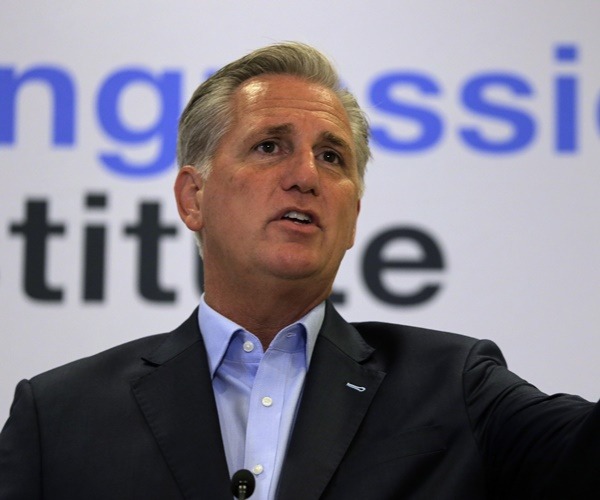 In an interview on Fox News’ “Sunday Morning Futures,” McCarthy hailed GOP election wins in the House and Senate.

“They said in the House, Republicans would lose 15-20 seats, every pollster said that, Speaker Pelosi and [House Majority Leader Rep.] Steny Hoyer [D-Md.]. They also said we would lose the Senate and legislatures as well. What happened?

“That’s why every vote should be counted, every recount go forward, and every challenge should be heard,” he said.

Pelosi, he predicted, won’t win back her speakership in January either.

“To become Speaker you have to have 218 votes on the floor,” he noted. “When Pelosi went up for that vote two years ago, there were 15 Democrats who voted against her. Ten of those Democrats will be coming to Congress. Those 10 vote against her again, she will not be Speaker of the House.”

“We are close enough now that we can control the floor with a few Democrats joining with us,” he declared, adding: “I think it’s better for America the sooner a Republican becomes Speaker.”