Have the Coviteers even screwed up the COVID-19 antibody tests? 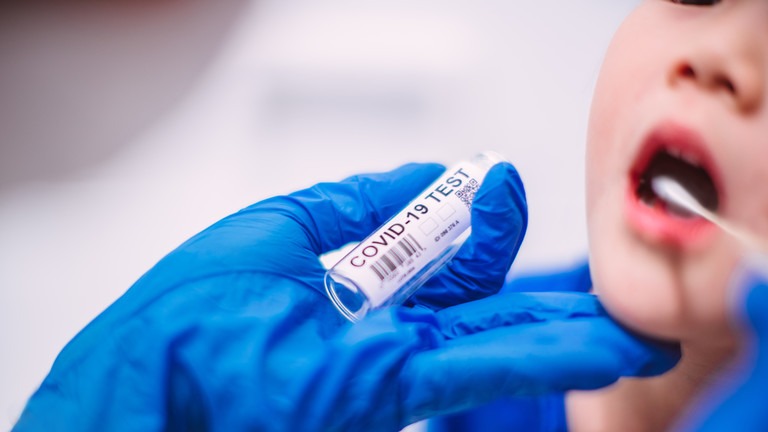 A bizarre case in Australia has stunned medical researchers, after children of Covid-19-positive parents developed extremely effective antibodies without ever testing positive for the virus themselves.

In a study published on Tuesday in the medical journal Nature Communications, researchers discuss a family of five in which both parents contracted Covid-19 after attending a wedding without their children in March.

Approximately one week after returning, the mother and father developed symptoms such as a cough, congested nose, fever and headache.

The entire family was then tested for the virus, but only the parents tested positive, despite ongoing close proximity to their children, all of whom tested negative.

“It was jaw-droppingly amazing because they’d spent a week-and-a-half with us while we were Covid-positive,” mother Leila Sawenko said.

The two sons, aged nine and seven, began to develop mild symptoms such as a runny nose, and the entire family was tested again. Once again, the children’s tests again came back negative.

The youngest child, a five-year-old girl, remained entirely asymptomatic throughout the entire episode, despite continuous close contact with the parents, including sleeping in the same bed (physical distancing precautions were reportedly not possible in the home).

The peculiar test results prompted medical researchers to ask the family to participate in a study, to which they agreed. Samples of blood, saliva, stool, urine and nose-and-throat swabs were taken from each family member every two to three days over the course of several weeks.

The mystery continued as, in polymerase chain reaction (PCR) tests, the children repeatedly came back negative for Covid-19 infection and yet antibodies of Sars-CoV-2, which causes the disease, were discovered in the saliva of all family members.

In other words, despite never testing positive for the virus, the children all had their immune responses triggered to such an extent that it countered potential infection or, as mother Leila Sawenko puts it, the “virus was obliterated before it turned into Covid.”

All family members who became ill recovered without the need for medical intervention and yet the exact mechanism by which the children’s immune responses were triggered so effectively is still somewhat of a mystery.

“The fact these children were able to shut down the virus and without even showing a positive test result suggests they have some level of their immune system which is able to respond and deal effectively with the virus, without them ever becoming very unwell,” paediatrician Shidan Tosif from the University of Melbourne said.

The researchers now suspect that the children were indeed infected with Sars-CoV-2 but their immune systems were able to mount such a ferocious defense that the virus never properly took hold and therefore never showed up in the tests.

The researchers also suspect that the viral load in the children’s systems may have been brought below detectable levels in PCR testing thanks to their immense immune response. For now, scientists at Melbourne’s Royal Children’s Hospital and the Murdoch Children’s Research Institute (MCRI) will continue to monitor the family to observe how their immune systems change over time.

Their research may answer the long-standing questions of why children tend not to become seriously ill with Covid-19.