Kobe Bryant, daughter Gianna among 9 dead in helicopter crash; feds search for cause

Kobe Bryant, 41, the legendary basketball star who spent 20 years with the Lakers, was killed Sunday morning when the helicopter he was traveling in crashed amid foggy conditions and burst into flames in the hills above Calabasas.

His daughter Gianna, 13, was also on board, NBA authorities confirmed.

Los Angeles County Sheriff Alex Villanueva said nine people were on the copter — a pilot and eight passengers. He would not confirm who had died until all the next of kin have been notified, he said. The L.A. County coroner’s office said Sunday night that the recovery effort is expected to take several days because of the condition of the crash site and its remote location. Officials have shut down roads leading to the site because of a throng of visitors trying to get there. 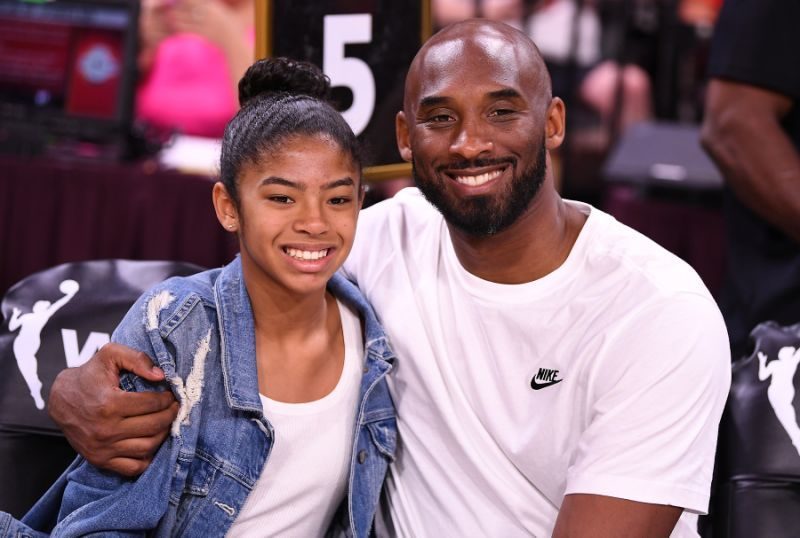 The helicopter, a Sikorsky S-76B built in 1991, departed John Wayne Airport at 9:06 a.m. Sunday, according to publicly available flight records. The chopper passed over Boyle Heights, near Dodger Stadium, and circled over Glendale during the flight.

“Our firefighters hiked into the accident site with their medical equipment and hose lines to extinguish the stubborn fire as it included the brush fire … and the helicopter,” Osby said during a news conference Sunday afternoon. “The fire also included magnesium, which is very hard for firefighters to extinguish because magnesium reacts with oxygen and water.”

The Federal Aviation Administration and National Transportation Safety Board are investigating the crash. The FBI is also assisting in the probe, which is standard practice. The NTSB database does not show any prior incidents or accidents for the aircraft. The helicopter was registered to the Fillmore-based Island Express Holding Corp., according to the California secretary of state’s business database. The helicopter’s manufacturer, Sikorsky, said in a statement Sunday that it is cooperating with the investigation. 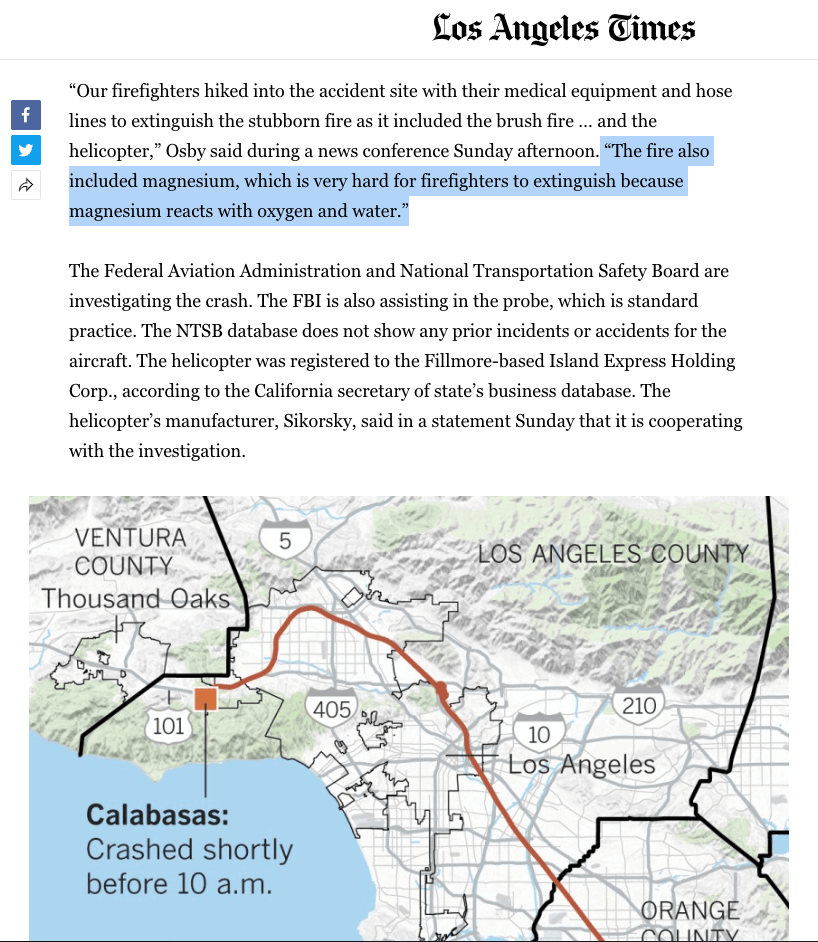