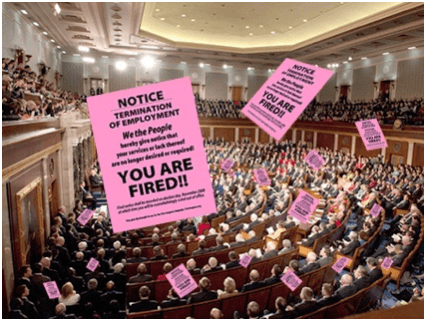 The only solution that makes sense going forward is Countrywide Comprehensive election reform! We the American people are sick and tired of the blatant cheating, conflicts of interest as well as non-stop accusations of Trump’s collusion with the Russians and interference in the 2016 election by the Democrats against our duly elected President!

Even though the Democrats have spent three years crying foul, they have made it their mission to block any attempts to make future elections fair, transparent and authentic. Instead they have used the time to distract the country from making the election reforms that are needed, especially in Democrat controlled by “election fraud, Sanctuary States” like California.

California hasn’t had a fair election, or allowed a legitimately earned recall effort to take place in over twenty years. Watch: https://youtu.be/MF5HumSCUTc

ATTENTION! All legally registered California voters have until February 13th to get petitions in to recall California Governor Gavin Newsome, please see page #5 for details!

The DNC has just proven yet again what lying, cheating hypocrites they are as they turned the Iowa Caucus into a high farce game of rock paper scissors in order to decide upon the winner. It looked like they would use the same game in New Hampshire that they used in Iowa.

This company’s website provides scarce information on the people involved other than to note that they formerly worked with the campaign of Hillary Clinton. It is owned by a company called Groundbase that was founded by Gerard Niemira who worked for Hillary’s campaign during her 2016 failed election against President Donald Trump.

Moreover, they already seem to have proven, once again, that they will even cheat their own party members in order to get their Globalist stooges in place, who will  continue their plan to overthrow the country and turn it into a “Collectivist, Marxist, Draconian, Hell!”

This is a party that proved that they can’t even be trusted to allow their legal citizen constituents to elect their own candidate as they committed fraud once again against Bernie Sanders voters in the first 2020 Democrat Party Primary. Moreover, the same crimes against the people are being committed by the same bunch who thought they had the 2016 election all sewn up and “thoroughly rigged.”

They also thought they had the “Fake News and Silicon Valley Enemies of the People,” censoring enough conservatives and feeding the public enough blatant lies and fake polls that they had “the Hag in the Bag” as America’s “Empress and Thief” and first female President in 2016.

The situation has only gotten worse as the 2018 California election proved to be the biggest fraud (and genocide) against Republican and conservative districts that the country has ever known! When the Democrats have a meltdown, places like Paradise California have been “melted, not burned to cinders but melted in to puddles!” This was nothing but a great distraction, among many other crimes that were committed as part of the 2018 legacy of Democrat election fraud in California; and there were, and continue to be, many, many more!

The gang of three began running the “House of Representatives”  from a State that had gone rogue most blatantly by allowing the dead, and one-third of the nations’ non-citizens, most of who are on the California dole to vote in California’s elections as long as they voted Democrat.

Nancy Pelosi, Adam Schiff, Maxine Waters, and 15 stolen house seats that were won by Republicans and blatantly stolen by the Democrats after the fact, was the horrifying result of the 2018 California Primary and the California General Election.

That election only continued to get more horrifying as the country watched an “illegitimate House of Representatives which was built upon Election Fraud” and the “Wicked Witch of the West” with her “gang of flying monkeys” try to nullify the will of the American people and bring down the duly elected President of the United States of America!

This “House of Vipers” brought the country to the brink of Civil War, which culminated in an impeachment coup against the most popular American President in almost five decades! The last one that even came close in popularity was assassinated by the same cabal of Russian-hating warmongers that plague us to this very day!

This is why it’s imperative — before the next major election — that we put public policy directives in place which immediately have all ballot images uploaded to the Web for any member of the public to see at any time, along with a requirement that there be a linking serial number on the image to enable comparison with the original paper ballot.

Election verification and voting machines can never again be controlled or farmed out to small sets of political insiders, government bureaucrats, the spouses and children of partisan candidates running for office, academics or experts. It is time to assert the public’s most sacred right which is the right to control the destiny of our country.

“Unless our Elections are fair,  and transparent, every
one of our freedoms are at risk of being lost or stolen”

Every American who has the legal right to vote also has the legal right to make verifications themselves, without censorship, when voter fraud is discovered. There must be a system in place where prompt action can be taken by watchdogs from all parties, especially the major two. There must be a way to stop voter fraud and immediately punish those who are found to be guilty of it!

California has made it legal for the Democrats to cheat in so many ways that the whole system needs to be scrubbed and completely rebuilt. They have even had the audacity to send out voter registrations forms that have completely omitted the place for registration as a Republican.

However, there is a place for those who are 16-years-old to register to vote, which they use as a way to poll all registered voters of every party. This is just one of the many ways that they lie about the number of Democrats who are California voters since the legal voting age is now 18 years of age.

Therefore, they can tell the country that California is a blue State. What’s most disgusting  is that the rest of the country, and most of the planet, is blaming Californians for being brain-dead, moonbat Democrats who they hope will slide into the Pacific Ocean along with Pelosi, Schiff, Feinstein and Waters. Not that the result of it happening to those four wouldn’t be a vast improvement.

In the 2020 election, for the first time Orange County voters, and quite likely in all the other Red Counties in California, voters will have no other choice but to vote by mail. This isn’t true for counties like Los Angeles and San Francisco. Voting by mail makes it almost impossible for voters to know if their votes are being counted at all. Many times they wait to count the mail in ballots until after the polls have closed. They simply quit counting if the vote isn’t going the way they want, which is always overwhelmingly against the will of the people.

If the Democrats in charge of California can’t cheat, they lie about what is actually being proposed. That’s how they got Californians to vote themselves an even higher gas tax than the one that they already had in 2018. That is also why they got health conscious Californians to vote against their own well-being by voting against labeling GMO foods, yet we are to believe that we voted against knowing about the toxins in the products that we were putting in our bodies? That is absolutely ludicrous!

This has all continually gotten worse until it cannot be ignored any longer!

“The California Republican Party has become a Trojan whore!” Watch this: https://youtu.be/CEko_vWC-Zw

I am saying this because the California Republican Party has consistently failed to protect the rights of their voters. It is hideous and unnerving for Republicans and Conservatives who haven’t already fled the State of California. Those of us who are still living in California, at ground zero, are done watching these monsters destroy what is left of what was once our Golden State!

The traitor Politicians in control of California with a few notable exceptions like Devin Nunez, have turned the State of California into a doormat for the world to trample, and California’s citizens have been offered up for anyone to plunder and abuse! Watch: https://youtu.be/aPo3zwAhaDs

However, there is a profound lesson to be learned here and that lesson has been on graphic display to the whole body politic at least since 2018….

Voter Fraud is a cancer that will take down a Country,
if it allowed to spread!

It has turned our State of California into a launchpad for a stealthy war of attrition which is being waged against the rest of our Country and against the people of America!

Californians are waking up and we are angry! How do I know? Because there is overwhelming multi-partisan support for recalling Nancy Pelosi’s nephew, Governor Gavin Newsome, as Governor of California. (https://ca.lp.org/libertarian-party-of-california-backs-recall-of-governor-newsom/)

February 13th 2020 is the last day to get the only surviving Petition to Recall California Governor Gavin Newsome, postmarked and sent in! Find the petition online, at www.recallgavinnow.com print it out on legal size paper, fill it out completely, including the declaration on the bottom of the page put it in a # 10 regular size envelope and

Then, you must get it postmarked by February 13th 2020! Note there is room for three signatures on the petition but you only need one to sign it, fill it out and send it in!

Moreover, there is also a very aggressive movement coming from the rural areas of California to secede from the Sate of Communist California and join the rest of the United States of America as a 51st State.

In the next article we will also be discussing election fraud committed by the Republicans and systems already in place to turn our elections around by using the tools and enforcing the laws.  It’s true: we already have measures in place order to make our upcoming 2020 Elections across the Country comprehensive, fair and transparent to every American citizen with the legal right to vote.

At any rate, we are getting ELECTION REFORM come HELL OR HIGH WATER, and it is going to be a rough ride so buckle up and stay tuned! 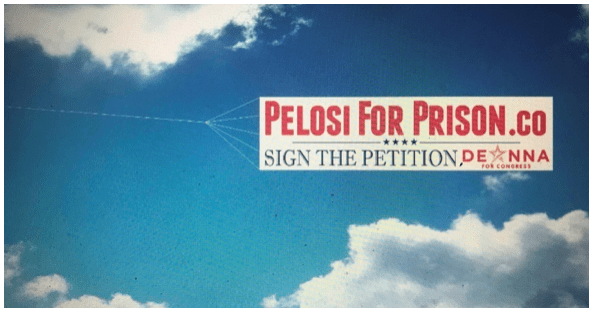