Here’s how Cultural Marxism is destroying American institutions: First they create the sex scandals, Then they bankrupt the organization

US Boy Scouts file for bankruptcy after sex abuse scandal 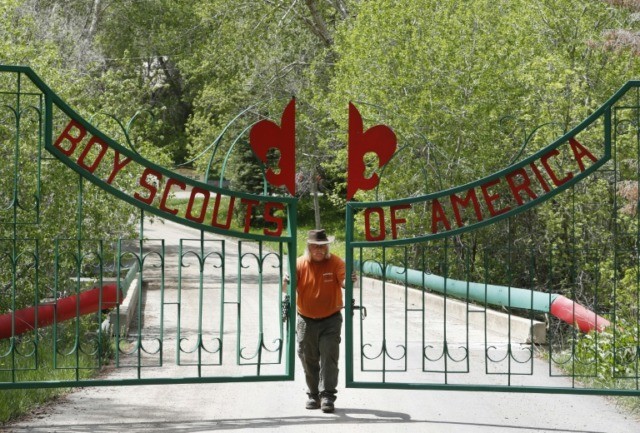 Washington (AFP) – The Boy Scouts of America filed for bankruptcy Tuesday in what it said was an effort to safeguard compensation payouts for sexual abuse victims.

The organization has been accused of covering up generations of abuse inflicted on thousands of its young members and failing to do enough to root out pedophiles using the youth movement to prey on minors over its 110-year history.

Bankruptcy proceedings will help the Boy Scouts to “equitably compensate” victims through the establishment of a victims’ compensation trust and allow the organization to continue at a local level, a statement from the group said.

“The BSA cares deeply about all victims of abuse and sincerely apologizes to anyone who was harmed during their time in Scouting,” chief executive Roger Mosby said in the statement.

The organization estimates liabilities of up to $1 billion, according to court filings lodged Tuesday.

The national Boy Scouts council and its affiliated local councils together hold nearly $5 billion in assets, according to a Wall Street Journal report last month.

More than 12,000 members of the Boy Scouts had been sexually abused in the organization since 1944, victims’ lawyer Jeff Anderson said last year.

The existence of that documentation  — known as the “perversion files” and listing scoutmasters or troop leaders accused of sexual abuse — was first revealed in a 2012 court case.

At the time the organization admitted its response to the scandal had been “plainly insufficient, inappropriate or wrong” said it had overhauled its procedures to protect members.

Founded in 1910, the Boy Scouts of America has around 2.2 million members between the ages of five and 21, the organization said.

Lawsuits against the group have multiplied in recent years, thanks in part to state legislative changes that have increased the statute of limitations for cases of sexual abuse against minors.