To stay updated, I read several articles a day, not only the standard sources but some of the lesser known and harder to find sources. I also have some contacts that I do business with in mainland China as well as around the world.

Some of the things that I am hearing are extremely concerning although they are what I had already suspected and have posted before.

Among the things that are happening behind the scenes are:

Reinfection: People have recovered from the virus only to become reinfected within a short time.

Higher risk of mortality for those who have recurrence. Having already suffered lung damage as well as damage to other organs, there is much less resistance to fight a second infection. This may also mean that the virus hides or remains latent in the body after the initial illness.

No immunity developed from the Coronavirus means that an effective vaccine is highly unlikely. We have already known that coronavirus infections rarely create any immunity as you can catch a cold several times a year. Many but not all colds are caused by corona virus.

The medications that they currently offer appear to be causing additional damage to the organs and reducing your chance of survival.

No such thing as an antiviral! 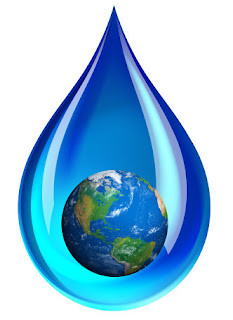 The greatest concern is quickly becoming a collapse of the world economy which is highly dependent on China. As the Pandemic continues to spread, there may be other countries that end up with travel restrictions and economic downturns. Some commodities may become very scarce.

As I previously posted, on 31 Dec. 2019, there was 27 cases of pneumonia from an unknown cause that were reported from China. When the virus was identified a week later, the case count had risen to 41. Within 2 days after, the first reported death had occurred. This was over a month after the first cases had been identified.

Since that time, the number of cases has been on an exponential curve, doubling every 48 to 96 hours. There has also been a significant increase in mortality with about a 10 to 15 day lag so that you can expect close to the number of mortalities in 15 days as there are cases today. This may decrease a the number of new cases is falling off at the moment. This could also change at any time. The exponential rate of contagion is not limited to Wuhan but also to areas where multiple cases have been observed. Most of these locations are lagging about 2 weeks behind Wuhan. There is currently reported over to 71,000 cases worldwide and over 1700 mortalities. It is also reported that over 11,000 are in serious condition and about 11,100 have recovered. There was about 2000 cases reported on 24 Jan 2020 so that the over 1700 reported deaths as of today represents about a 22 day lag between reported infections and an equivalent mortality. If this holds true, then there could be over 60,000 deaths in the next 3 weeks or so. The one hopeful thing is that the lag time has increased from 9 days to 22 days at this time. Perhaps the hospitals are getting more effective? Or perhaps the reported statistics are misleading?

A major concern is that in the last 3 weeks, the seeds of this outbreak have spread worldwide, discounting any possibility that it could be contained to China or even to its Asian neighbors. On 26 Jan 2020, there was 56 cases outside of China while today, there has been a 10 fold increase of over 605 cases. As there are still no medications and no vaccines, it is really left up to the individuals to insure their own survival. Those who want to avoid this illness as long as possible with the hope of surviving will need to take action on their own.

If the statistics from early in the outbreak are examined, there was an initial group that was followed by a slowly ramping up of additional cases, one or 2 a day. This also appears to be the pattern in the rest of the world. A case here and there, then a small hot spot with 3 or 4 cases.

Most coronavirus outbreaks tend to occur in winter months an if this one follows the pattern it may be helpful. As the health authorities around the world attempt to stop additional spread, they are at least slowing it down. If it can be held off until later March or April, then much of it may go away until next winter. Regardless, it is highly likely to return with a vengeance next fall and winter.

And for more information, see the previously posted articles in this series: