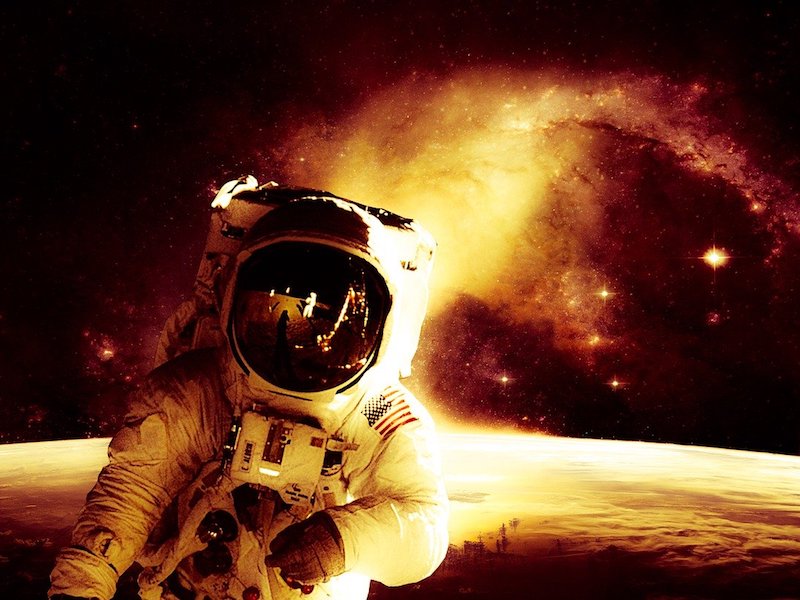 THE SPACE FORCE AND 5G

If you’ve been concerned about the roll-out of 5G, then you’ll be interested in this little story from Popular Mechanics shared by F.L.M., because you’ll find it confirms some of our worst suspicions about both the Space Force, and 5G:

The opening of this article says it all:

5G communications technology is crucial to the U.S. Space Force and will be part of the new organization’s mission. The tech, which will deliver the internet at previously unseen speeds worldwide, will in many cases be delivered via a constellation of relay satellites in low-Earth orbit, many of which will be the property of U.S. companies. Like previous generations, so-called “fifth generation/5G” technology will likely reach into the lives of billions of people on Earth, making it imperative that the Space Force secures the data stream from foreign espionage.

According to CNBC, the Space Force believes that 5G is part of their domain.

The concern, of course, is as internet-based commerce grows, so will the need to protect secure communications in space, from either cyber-warfare, or direct physical intervention:

If satellite Internet does take off, the services it provides could become as crucial to the U.S.—and world—economy as GPS. Just as the U.S. Navy patrols the sea lanes on Earth that connect countries and facilitate trade, the Space Force may need to patrol space to defend the invisible lanes that connect countries via space. While that may not mean building space battlecruisers, it may mean observing the space activities of potential adversaries and preparing to counter any moves against satellite networks.

Increasing reliance on space to move data will keep the new Space Force busy. Pundits have joked that a big part of the Space Force’s mission will be IT security, and that’s actually not far from the truth. The security of American data on the ground and satellites in space will be a key mission for the new service.

Make no mistake, as China and other countries deploy “stalker” satellites capable of maneuvering to targets, and of actual attack on space-based resources, the “space battlecruiser” won’t be far behind. As I and others have argued for some time, with commerce increasingly based in space, the militarization and weaponization of space is inevitable.

But I want to “flip” the approach here, and concentrate less on the “space force” side of this story and more on the 5g aspect of it, for I’ve long suspect – as have many of you – that there’s a hidden military aspect to the 5G technology, and that the latter is itself a military asset. Why? Well, consider those “dead bird” stories once again, and my rather speculative explanation for them: with the right kind of interferometry, one might be able to create a combined signal, based on several signals, that creates a sort of “template” over a region, at a particular height from ground level to space itself perhaps, which combined signal can literally and instantly “turn off” the bio-electrical systems of organisms, such as birds. If it can do that, there there are other potential uses as well: mind manipulation, health stimulation (or the reverse), and so on.

Interferometry in its turn requires the use of more than one broadcast antenna, but rather, several. And this, of course, is what one sees with 5G: a multitude of antennae.

So the “flip” side of this story appears to be the implication that 5G is itself a military resource, and not merely a corporate or “civilian one.” The key to this point of view – in my high octane speculations – is the concern the article expresses for securing the whole space/5G “platform” from cyber warfare, i.e., from hacking. If such capabilities can be imagined for the network, then similarly, those capabilities could literally be hacked or “turned on” (or “off”) by someone else, and a nation’s population, or a segment of it, could literally be “hacked” or weaponized to act counter to that nation’s policy.

And with that, we have another implication that, notably, neither this article nor for that matter all the chatter about the space force has mentioned. Indeed, the vast majority of that chatter has been about the Space Force’s defensive role in protecting those assets and securing there communications precisely from threats such as I’ve outlined above. But rest assured, there’s an “offensive” mission as well, and that consists precisely in what I’ve outlined: how to neutralize, or indeed, take over, a hostile nation’s space assets and 5G networks.

See y0u on the flip side…