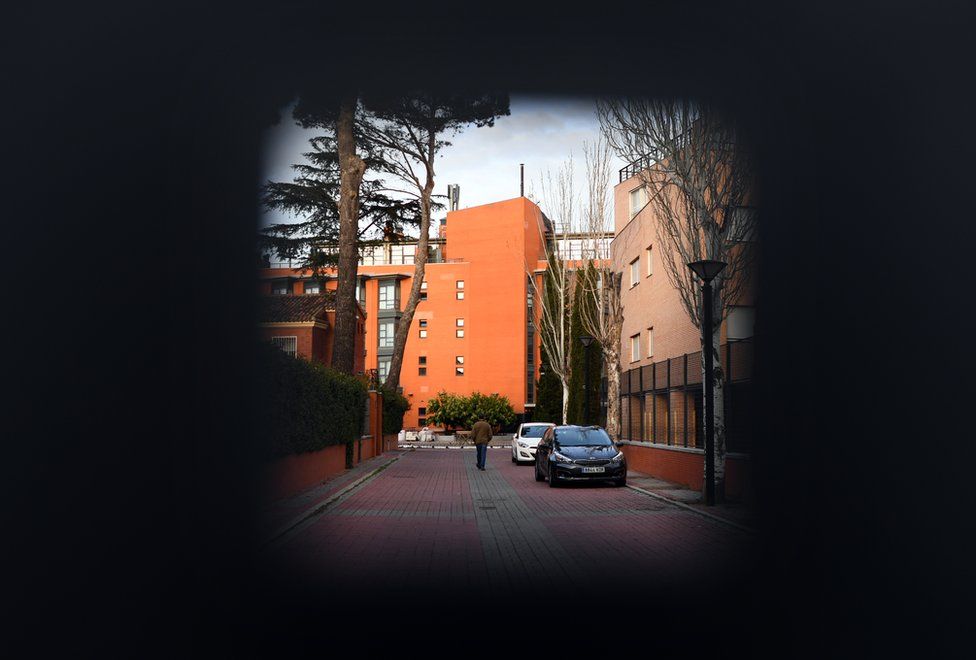 Care homes across Western Europe have been ravaged by coronavirus and in Spain alone there have been more than 16,000 deaths, many around the capital Madrid. The true number may never be known, but families are asking why so many of their elderly relatives were lost.

Around lunchtime on 8 March, Rosana Castillo met up with some close friends not far from her house in Lucero, a working-class neighbourhood in west Madrid, and, as they did every year, joined a protest to mark International Women’s Day. They gave each other a warm hug, held hands and marched to chants of “Down with the patriarchy” and “Feminism will win”.

Spaniards, then, could still venture freely outside and coronavirus, which had already killed several hundred in Italy, felt more like someone else’s pain. Castillo, a 60-year-old retired primary school co-ordinator, had seen a few people on the underground wearing surgical masks as a protection, but thought most of them were probably tourists. “We weren’t really talking about it here,” she said.

But it was preying on her mind. She had visited Carmela, her 86-year-old mother, hours before at Monte Hermoso, the care home near the square where the women had gathered. Arriving at the main gate, Castillo was told she could not come in. A worker said two residents had contracted Covid-19, the disease caused by the virus, and visits had been suspended.

Castillo had seen Carmela, who had advanced Alzheimer’s, three days earlier, when her mother was discharged from hospital after a week’s treatment for breathing difficulties. The doctor told her Carmela was going to be fine, that her case was not related to the virus even though she had not been tested.

The worker said nothing else and went back inside Monte Hermoso. As Castillo exchanged phone numbers with some relatives, she saw another worker rushing away, covering her mouth with a piece of cloth. They had known each other for a long time but, the woman did not stop to talk, Castillo became suspicious. “At that moment,” she told me, “I felt something wasn’t right.

It was already widely known, first from China, then Italy, that elderly people with existing health issues were especially vulnerable to the virus. Yet in Spain, where a fifth of the population is above 65, or some 8.9 million people, the government of Prime Minister Pedro Sánchez had done little in response.

As Castillo followed news of the outbreak, she wondered if enough was being done to protect her mother or, indeed, anyone else. Unable to visit Carmela, her only source of information came from infrequent, and usually very brief, phone calls from Monte Hermoso. No matter how much Castillo asked, few things were said.

Consuelo Domínguez, a long-time friend, coincidentally, also had her mother living in Monte Hermoso, a red-brick, private centre with large windows and rooms for up to 130 residents. She, too, struggled to get details. Both daughters knew some staff had gone into isolation with coughs and a fever, the most common symptoms of Covid-19, and were pretty sure there was more going on.

Coronavirus was spreading in Spain at an alarming speed and, on 14 March, the prime minister imposed a state of emergency with a nationwide stay-at-home order. No-one was truly safe.

On that afternoon, Domínguez received an unexpected call from Monte Hermoso. The worker was “very tense,” she said, “you could feel it.” Surreptitiously, Domínguez was told that 70 people had been infected with the virus and at least 10 patients had already died. “I was frightened,” she said. Domínguez called her friend. “I couldn’t believe it,” Castillo recalled. “We weren’t being told the truth.”

Castillo and Domínguez alerted journalists and, on 17 March, Monte Hermoso became national news. Only then did the Madrid government reportedly become aware of the devastating outbreak. Nineteen people were already dead.

It had been a stressful day. In the evening, Castillo received a call from Monte Hermoso. Her mother, who shared her room with another woman in similarly poor health, had a fever. “It shocked me,” she said. Castillo knew Carmela was unlikely to survive.

The relatives created a WhatsApp group, and disturbing messages flowed in. “Staff were very nervous… Some [residents] were even a little bit delirious,” said one of a visit two days before they had been halted. Aurora Santos, whose mother was also at Monte Hermoso, recalled seeing residents unwell in the cafeteria around the same time. “We didn’t know anything the management had done,” she told me, “the protocols they had followed, nothing”.

She joined Castillo and Domínguez in gathering information. They believed patients with symptoms had not been separated from those without, before the virus spread rapidly through the home. Staff who had been in isolation after falling ill were reportedly not being replaced, while those who continued to work were having to do longer, exhausting shifts. Lacking adequate protection, workers had to make face masks at home. “We were trying to help, our loved ones were there,” Domínguez said. “Why weren’t they being honest with us?”

Monte Hermoso, it turned out, was not alone. In fact, nobody seemed to know the true scale of what was going on. For years, Carmen Flores, head of the Patients’ Defenders ombudsman group, had warned about precarious conditions in some of Spain’s 5,417 care homes. “The amount of messages we were getting those days was insane,” Flores told me. “I was thinking: You can’t let these people rot.”

Three in every four homes in Spain are privately run and many patients, like Carmela, have some of their costs publicly funded. José Manuel Ramírez, president of the federation representing social care managers, said fees received by the residences had not changed in the past decade, a result of years of austerity in Spain.

Many companies had to carry out savings somewhere to make a profit, claimed Flores, who also alleged that some lacked equipment even in normal times, while many operated with minimum staff. Workers’ unions also say staffing was insufficient, which Ramírez rejected. A worker at one care home where more than 90 patients died told me: “For a long time we had been saying something serious would happen. The conditions were unsustainable. This isn’t a surprise at all.”

Crowded hospitals were having to turn away patients from care homes and send them back, often to die. Many residences did not have oxygen bottles, crucial in treating a disease known to cause severe respiratory problems, or even a doctor. Monte Hermoso, Castillo said, had one doctor, who most days worked only in the mornings.

The Spanish government had centralised the purchase and distribution of medical material, so the homes asked officials to send tests and protective kits. However, Ramírez alleged they were not given priority, and pictures emerged of carers wearing gowns made of plastic bags. “There was nothing that could be done without support,” he said. “It was a catastrophe.”

The army was deployed to disinfect 1,300 care homes and Monte Hermoso was one of the first. Margarita Robles, the defence minister, said patients, in some places, were found abandoned without care, sometimes dead in their beds, the bodies left for funeral services to retrieve. “Un horror,” Flores told me.

Almost 6,000 people have now died in nursing homes in Madrid, after showing Covid-19 symptoms. “I think there was a lot of wrongdoing,” said Castillo. “These people couldn’t shout or say they were unwell. They died in silence and alone.”

Public prosecutors are investigating possible crimes including manslaughter for neglect, mistreatment and abandonment. Monte Hermoso has not replied to interview requests by email; when contacted by phone, an employee told me they would not talk to journalists.