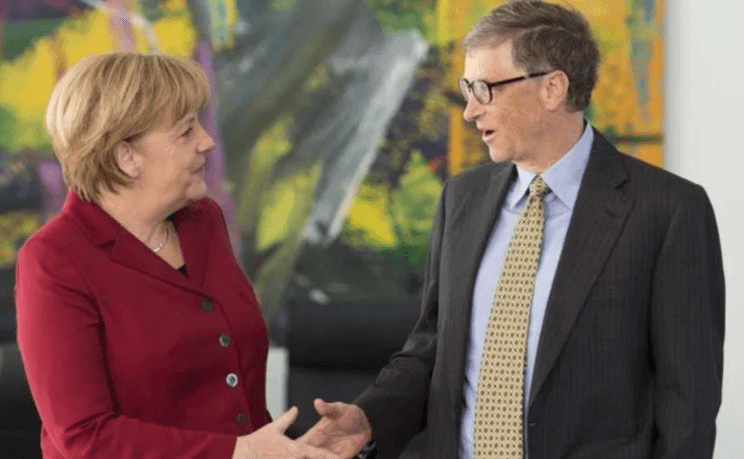 It is about time…

From Europe By Karma Singh…

With the possible exception of Germany’s Merkel and her “best friend” Bill Gates not (of course) mentioning the Anthony Fauci, it is freely admitted, even by those bastions of evil, the Robert Koch Institute in Berlin and Imperial College, London, that at least 80% of those “infected” with Covid-19 never display any symptoms.

Nonetheless, it has been an “article of faith” that these asymptomatic (no symptoms) people could infect others.

This has been the rationale behind the terror campaign by which great parts of the World (but by no means all!) have been subjected to economic ruin, isolation which has more than quadrupled the suicide rate, abolition of the rule of law and further massive indebtedness to the bankers who do nothing other than to “lend” us our own future income, i.e. they never, ever, risk any of the wealth which they’ve stolen from us over the past 350 years.

In a press conference given by the WHO in Geneva on Monday, 8th June 2020…

…the news was imparted that some countries have actually followed the “symptom free infected” and discovered that these have never passed any infection on to anyone else. The WHO official stated that the “risk” of the symptom free passing on an infection is “very low”.

From the Press conference summary:

Preliminary evidence from the earliest outbreaks indicated the virus could spread even if people didn’t have symptoms.

But the WHO says that while asymptomatic spread can occur, it is “very rare.”

Now, correct me if I’m wrong but if detailed research shows that something never happens then the risk of it “happening again” isn’t low; it’s ZERO!

Here is the actual video from that Press Conference:

We should, perhaps, note further that the spokesperson for the WHO, Dr. Maria van Kerkhove, has long-standing connections to Imperial College, London where she, apparently, worked in the department headed by the now disgraced Professor Neil Ferguson who is largely responsible for the mass-hysteria surrounding Covid-19.

It is he who manufactured projected death figures in the millions based upon mathematical models of his design.

Written in a very outdated programming language (Fortran, which I well remember from my early days with computers back in 1970/71) and so structurally defective that, even using the exact same data, differing results were obtained when run on different computers.

Perhaps she is distancing herself from this unfortunate past by passing on a little truth?

Let us, then, add in a few more facts: The testing protocol (PCR) is notoriously unreliable registering an average of 50% false positives and false negatives. In some tests it has even shown a rate of inaccuracy at 80%! Even the man who invented it has stated that it is not a diagnostic tool and should never be used as such.

Now, when the annual ‘flu season (October to April in the Northern Hemisphere) runs (never forget that Covid-19 [short for Corona Virus Disease 2019] is a Corona form of influenza, a class noted for being exceptionally mild) the number of cases in which medical intervention has been sought are counted. Those who may carry the Corona particle, unknown to them because they are not ill, never appear in any statistics because the numbers are unknown.

The “game changer” in this season is the random testing of completely healthy people. This has thrown up huge numbers of so-called “infected” who are not and never become ill. This is much more important to you than you may, at first, realise. This shows something to you of the utmost importance:-

The so-called “virus” is NOT the cause of the illness!!!

Further, this protein particle (whatever it may be) is, contrary to the propaganda with which we have been bombarded since January, not deadly but COMPLETELY HARMLESS!

If the overwhelming majority of those testing “positive” never have any illness, then, clearly, a relationship between this protein particle and the illness has been shown to not exist!!!

To find out what does cause influenza, you should read the e-book “The ‘Flu Fairy Tale” by Karma Singh. To find our why “viruses” are harmless and vaccination ineffective and dangerous, read “Tyrannosaurus Pharmaceuticus R.I.P.” also from Karma Singh.

As soon as you’ve realised what the reality is, it becomes a rational act to put your face masks into the appropriate recycling bin and to go hug your neighbours.

Readers with functional memories may well recall that ExtremNews was invited to a European WHO press conference on the 16th April in which we posed pertinent questions.

The questions were not answered live but we were asked to submit them in writing and were promised a detailed reply. On Monday 20th April, the WHO acknowledged receipt of the questions. Despite reminders, the promised replies have never been received!

Probably too much truth needed.