Exactly how is Israel using China on the global geopolitical chessboard? 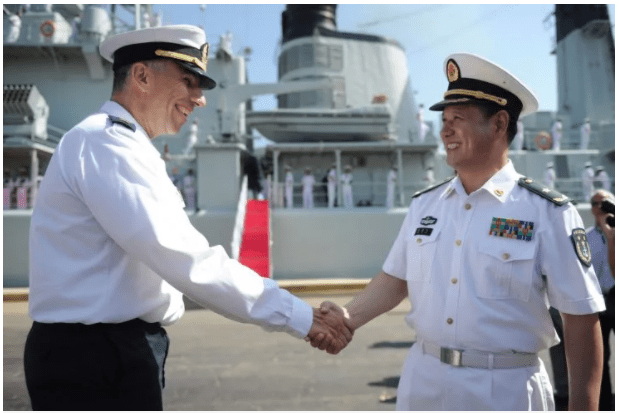 The secret, circuitous journey began late one night in February 1979 when an unmarked Boeing 707 took off from Ben Gurion Airport in Tel Aviv, Israel. Roughly 15 hours later, after a stop in the southern Israeli resort town of Eilat and a refueling break in Kolkata, India, the plane landed in Guangzhou, China, where a group of German-speaking Chinese navigators boarded the aircraft for its fourth and final journey—to a sealed-off military base on the outskirts of Beijing. There, they went to a nearby compound.

The “foreigners”—as the Chinese referred to the group aboard—barely spoke to one another, assuming Chinese officials had bugged the cabins. If there was something important to discuss, they went out into the cold, polluted night. The Chinese thought the group consisted of foreign businessmen who had connections with several leading international defense companies, including some from Israel. But that was just a cover. In reality, the delegation included Gabriel Gidor, the CEO of Israel Aerospace Industries, the leading government-owned defense company, along with senior representatives from the Israeli foreign and defense ministries.

The Israelis were just as confused about whom they were dealing with. “Were they engineers? Intelligence operatives? Military officers?” recalled one member of the Israeli delegation, who spoke on the condition of anonymity because he wasn’t authorized to reveal details of the trip. “They all wore these ‘Mao Suits’ tunics. We had no way of knowing who we were even talking to.”

Until that winter day, Israeli defense officials had never been to China. The two countries did not have diplomatic ties, and nobody on the Israeli side—except for the members of the delegation, the prime minister, the defense minister and a handful of others—knew about the trip. If word got out, Israel knew that the Americans would be furious.

The delegation was so worried that for the week they spent in Beijing, they weren’t allowed to contact anyone back home. A mother of one of the participants died while he was in China, but there was no way to let him know until he headed back.

The Chinese were also apprehensive. They did not want to aggravate their traditional allies—the Soviet Union and the Arab bloc—by doing business with Israel.

But each side had an interest in working with the other. In the aftermath of the Cultural Revolution, China began embracing capitalism and opening up trade to the West (the U.S. was on the verge of restoring ties to Beijing). And with the Iranian revolution underway, Israel had lost one of its primary arms customers. China, Israeli leaders hoped, could fill that vacuum.

The man leading the effort was Saul Eisenberg, a Jewish billionaire who, like 20,000 other Holocaust refugees, had fled to Shanghai after World War II. Eisenberg later built a financial empire in the Far East, becoming one of the first Westerners to do business in China, Japan and Korea. He used these ties to interest China in Israeli weaponry and even donated his private plane to transport the Israeli delegation on that maiden flight to Beijing in 1979.

Eisenberg was familiar with Israeli defense products from other deals he had helped broker throughout Asia. After a series of preliminary meetings with the Chinese, he returned to Israel with a shopping list—an unorganized mix of missiles, radar, artillery shells and armor—and urged that the government send a delegation. Prime Minister Menachem Begin approved the trip but deferred questions regarding the shopping list to Defense Minister Ezer Weizman, whom he ordered to personally approve what Israeli companies could and could not sell.

During their stay, the “foreigners” presented the Chinese with brochures featuring different weapons they claimed they could get from Israel. The Chinese were impressed but did not make any commitments.

Over the next year, the Israelis made additional trips, some involving Israeli Air Force planes, which had their blue Star of David insignias removed to keep their missions secret. By then, the Chinese knew they were working directly with the Israeli government. Once Beijing finalizing the shopping, the Israeli delegation brought it to Begin and Weizman for approval.

The negotiations were a clash of cultures. The Israelis wanted to sign one contract that could be used for all future sales. They were hoping for a shopping bonanza. The problem was that the Chinese were not used to complicated contracts. At one point during the negotiations, for example, the Israelis insisted on including a force majeure clause in the contract. “What is that?” the Chinese asked. After the Israelis explained that it freed the sides of a breach of contract in the event of an unforeseen act of God, the Chinese answered plainly, “Well, there is no need for that since we don’t believe in God.”

It took a year, but the two sides finally reached an agreement. The first shipment—tank shells— arrived in 1981. But the relationship remained a secret, even as the two sides increasingly began to trust each other. The Chinese refused to come to Israel but agreed to sign hundreds of millions of dollars’ worth of contracts for tank shells, missiles and radar systems, among other things, after seeing a couple of photos and an occasional video. They never visited a factory. In the arms sales world, it was unprecedented but showed an amazing level of trust between the sides.

In 1985, after dozens of trips, the veil of secrecy lifted just slightly. For the first time, the Chinese agreed to issue visas to nine executives from Israel’s agriculture industry, including a government official from the Agriculture Ministry. That same year, Israel reopened its consulate in Hong Kong, which it had closed a decade before. Israel pressed Beijing to establish official ties, but the Chinese needed more time.

In 1992, after the Madrid Peace Conference between Israelis and Arabs, the Chinese finally agreed to establish diplomatic ties with Jerusalem. Civilian trade skyrocketed, growing from under $100 million in 1992 to over $8 billion 20 years later, turning China into Israel’s No. 1 trade partner in Asia.

This was “arms diplomacy” at its best, with Israel using superior technology and military expertise to get a country to become its ally. It is a model the country would continue to refine and use successfully—well after the secret arms trip in 1979.