OPERATION TORCH CALIFORNIA: Why was a pyrotechnic device used at a gender-reveal party during the worst California heat wave in memory? Not only did it start a wildfire forcing 20,000 people to evacuate, 10K acres have been scorched!

A smoke generating pyrotechnic device used at a gender-reveal party ignited one of the 23 major fires burning in California, fire officials announced on Sunday evening.

The El Dorado Fire, currently burning near Oak Glen in San Bernardino County, has forced the evacuations of 3,000 residents, according to CBS LA. It has already scorched more than 7,000 acres and is only five percent contained.

“CAL FIRE reminds the public that with the dry conditions and critical fire weather, it doesn’t take much to start a wildfire,” a Cal Fire San Bernardino Unit statement said. “Those responsible for starting fires due to negligence or illegal activity can be held financially and criminally responsible.”

The fire started at 10:23 a.m. on Sept. 5, in the El Dorado Ranch Park in Yucaipa, located about 75 miles east of Los Angeles, the statement added. It continues to burn on the north slope towards the communities of Mountain Home Village and Forest Falls, reports said. 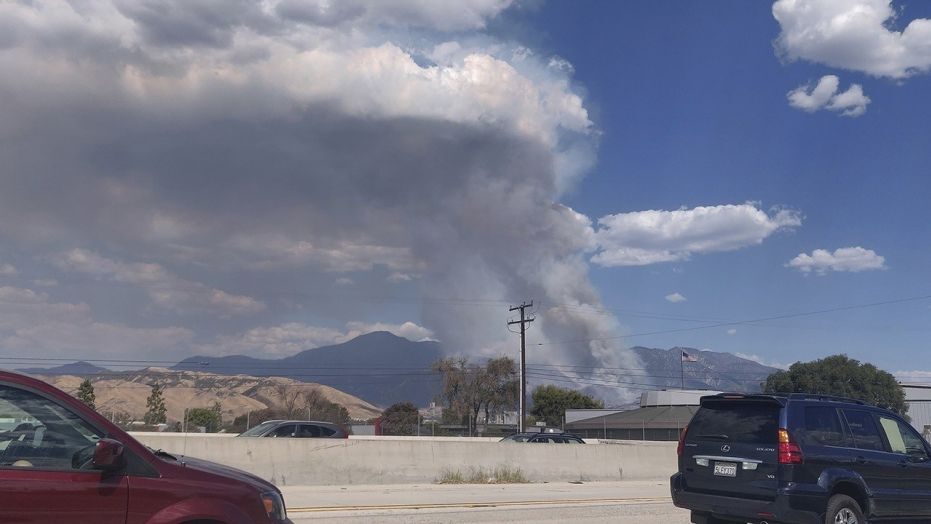 “It burned in four different directions since we’ve been here. It was pushing to the east, then to the north, and then big westwardly wind shift, and (Sunday) it moved to the south. The wind has been pretty dramatically inconsistent,” said Ben Holmes, a U.S. Forest Service senior firefighter on the Arroyo Grande Hotshots team, according to the station.

Users on social media shared their outrage after learning what caused the blaze, which has required more than 500 personnel to help contain it.

“God, this makes me so angry,” one user wrote on Instagram.

“You HAVE to be kidding. How do people think this is a good time for something like that?” another wrote on Twitter.

The weather is expected to remain dry and hot throughout the night with an elevated temperature and relative humidity at 20 percent, tweeted the San Bernardino National Forest in an evening update. The winds will remain downslope at 3 to 5 mph with gusts to 10 mph.

“This will result in continued active fire behavior throughout the night,” the San Bernardino National Forest added.

More than 14.800 firefighters are currently battling dozens of wildfires across California, according to Cal Fire. The state has seen record-breaking temperatures that have strained its electrical grid and shortly threatened power outages for millions.

Downtown Los Angeles reached 111 degrees and a record-shattering high of 121 degrees was recorded in the nearby Woodland Hills neighborhood of the San Fernando Valley.

California has seen 900 wildfires since Aug. 15, with many of them started by an intense series of thousands of lightning strikes. At least eight deaths have been attributed to the fires and 3,300 structures have been destroyed.

The blazes have burned more than 2,343 square miles.

The Associated Press contributed to this report