Dutch celebs say they’ve had enough of Covid-19 restrictions… Is this the start of mass resistance? 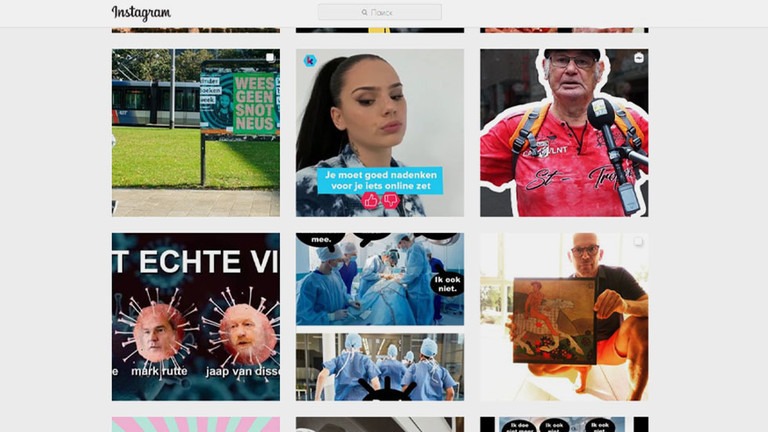 When Dutch Instagrammer Famke Louise launched the hashtag #ikdoenietmeermee (I’m out) in protest over Covid-19 restrictions, she quickly drew lots of support. It seems many people are finally sick of being told what to do.

If you had told me that the central figure to lead a resistance against draconian measures in place to fight the spread of Covid-19 was going to be perma-pouting Dutch rapper/model Famke Louise, I would have laughed in your face – while wearing appropriate PPE of course!

Because the 21-year-old influencer, with a bewildering one million followers on Instagram, has taken a stand against the government of the Netherlands to insist she has had enough of being told what to do under the guise of coronavirus pandemic public health initiatives.

Famke launched her now viral hashtag #ikdoenietmeermee (“I’m out” or “I no longer participate”) following an epically ill-considered intervention from Dutch Prime Minister Mark Rutte, who told cheering and chanting football fans “Just shut up when you’re sitting there,” after they were finally allowed into a stadium to watch their teams play this week. Any chance of being seen as a man of the people vanished in a minute as the tin-eared PM added, “Watch the game and don’t shout. It’s possible.”

Anyway, in light of that sort of leadership, you can understand why Famke, with all the chutzpah of her social media-wired generation, has hit back. “Only together can we regain control of the government,” she said. “I no longer participate. Free the people.”

She’s won support from a host of fellow popular Dutch entertainers who tell Rutte they won’t shut up until he can convince them that the impositions of wearing face masks and social distancing are actually effective measures in the fight against Covid-19.

Famke’s intervention in the Netherlands follows on the heels of that by legendary Belfast-born singer-songwriter Van Morrison, who announced last week the release of three coronavirus protest songs, one entitled ‘No More Lockdown’, only to be upbraided by the Northern Irish health minister, Robin Swann, for daring to question the government’s wisdom.

While ‘Van the Man’ has clearly hit a jarring chord among some, he is far better qualified to comment on issues of social rebellion than many, with a music career that stretches way back to the early 1960s, an era of real upheaval and protest.

To dismiss his comments is foolish and ignorant of the guy’s reach. Long after Swann’s political career has finished, millions of people in generations to come will still be tapping their feet along to ‘Gloria’ and ‘Brown Eyed Girl’. But Van is not singing solo.

Other stars with huge international followings have pitched in. Stone Roses front man Ian Brown has added to the chorus with a new song, ‘Little Seed Big Tree’, referencing a “Masonic lockdown in your home town,” and Noel Gallagher has voiced his displeasure with authority – granted, a default position – about wearing face masks, saying: “There’s too many f**king liberties being taken away from us now… I choose not to wear one… they’re pointless.”

I guess that means Noel won’t be downloading the NHS Covid-19 app on his phone. And he might be right. Because in years to come, today could be remembered as that point in British history where we all just rolled over and surrendered liberty without question. There was no military coup, no overthrow of the government by a vicious radical clique, and no socialist revolution which saw us abandon individuality for a common cause wedded to 20-year targets, agrarian reform, and a slavish adherence to an authoritarian regime.

What made us all fall into line was something far more prosaic. A smartphone app. Because the NHS Covid-19 app, just 165 days behind its scheduled launch, can quite easily be viewed as yet another assault on our freedoms, albeit in the guise of technology coming to help in our hour of need.

As a standalone measure, we are yet to be convinced that this is the one thing which will enable us to finally come to grips with the unpredictable spread of the coronavirus. But if it could have been proven to be effective before being rolled out, we might have accepted it at face value and downloaded it unquestioningly.

Dear sports celebs: No, we don’t want your self-serving nude snaps in self-isolation, we want self-awareness

But thanks to a skeptical public, expectations of uptake are pessimistic, with some suggesting downloads might hit just 10 percent. Maybe that’s because while the experts tell us that the app is a tool to track and trace a virus, really, it’s to track and trace us.

There are real signs of deeply held public anger, from Famke Louise to Van Morrison, slowly emerging across Europe. Germany has had plenty of protests on the streets with tens of thousands of people turning out to decry coronavirus restrictions in Berlin. Madrid, too, has seen huge numbers march protesting the same cause.

A groundswell of support is building and will only increase as people across our part of the world feel emboldened enough to express their dissatisfaction with their leaders and the way they have handled the pandemic.

Face masks, social distancing, quarantines, lockdowns, and apps may have each played a part in keeping Covid-19 under some sort of control, but it’s not been enough. Until a vaccine is found and we can all shed our PPE for the fresh air of freedom and put this interminable nightmare to rest, public discontent and skepticism will continue to build.

And there’s no smartphone app for that.