Why do I support Donald Trump? Look at his record 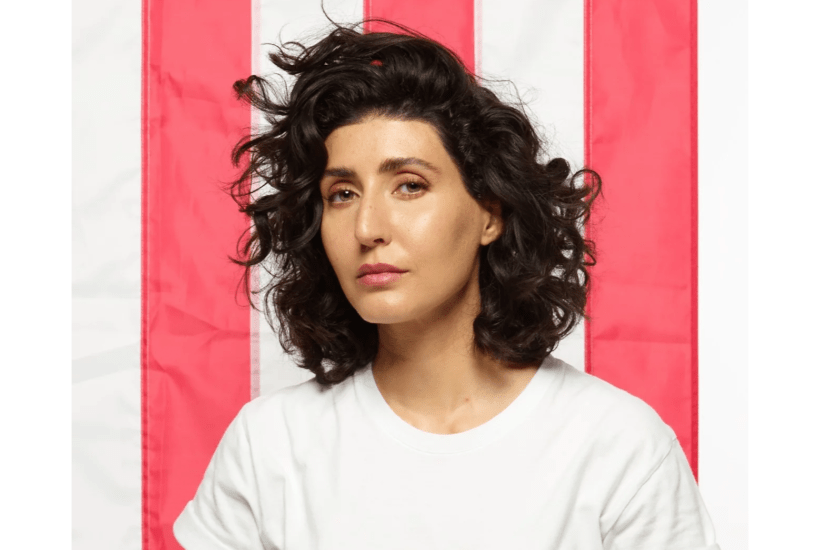 Noor bin Ladin in a picture from her website

Americans are, in my experience, the warmest, most kind-hearted and open-minded people in the world. I have found this to be true for my whole life, despite being the niece of Osama bin Laden and sharing the same last name (albeit spelled slightly differently — bin Ladin is the original translation). Americans base their judgment on the content of someone’s character and actions, not on the color of their skin — or their last name. This was reaffirmed last month, after I voiced my love for America and support for President Trump. The response to ‘My Letter to America’ has been overwhelmingly wonderful, and I am most thankful to all those who took the time to read it and send kind messages, including Spectator readers. But in my private life, I have lost a few so-called friends for backing Donald Trump over the past five years. Coming out publicly was a step too far for some, and the vitriol I received for stating my political beliefs revealed unflattering sides to certain characters. From a sociological standpoint, it is quite interesting that in some elitist circles being pro-Trump has caused me more grief than carrying the name bin Ladin.

Even more striking were the contrasting reactions to President Trump’s COVID diagnosis. Gleeful comments devoid of compassion flooded social media, some even going as far as to wish for his death. Kim Jong-un showed more sympathy than many of the President’s detractors. Yet for all the hate, there was an outpouring of love and well-wishes from his supporters. One take from a favorite Twitter account of mine (@HonorAndDaring) expressed it best: ‘Trump is the first and only President that I’ve actually cared about. That’s because he’s the first President in recent memory that seems to care more about Americans than an abstract ideology or just enriching his donors.’ This sentiment is clearly felt by many Americans, who come out in droves for the President wherever he goes, including Walter Reed Medical Center during his stay: if he can’t hit the road, the rally comes to him.

And why do I support Donald Trump? Look at his record. He has stood up to China, kept America out of new wars, solidified ties with Israel, overturned the disastrous Iran deal and obliterated Isis. Domestically, he removed handicapping regulations to American economic growth, rebuilt a depleted military, brought back manufacturing and revamped dying industries by renegotiating trade deals and cutting taxes; he has achieved energy independence, curbed immigration — all of which contributed to setting record unemployment rates. He has tackled neglected issues such as human trafficking and unjust incarceration — and given America a chance at restoring her principles, pride, independence and true place in the world as beacon of liberty and hope for all.

I had intended to write this from London, but COVID quarantine restrictions prevented me from flying into the UK from Switzerland. I did try to skirt the rules, I admit, via neighboring countries, but to no avail. In proper Orwellian fashion, all traveling nowadays is monitored with mandatory governmental forms throughout Europe, even if your country isn’t on the quarantine list. I missed my goddaughter’s baptism as a result. Besides the sadness I felt from missing out on this, I thought of all those who couldn’t be with their loved ones before passing away during lockdown, and was filled with dread at the prospect of what the future might hold: is the next step ‘no vaccine, no travel’?

At least I wasn’t subjected to a two-hour Black Lives Matter-themed play, The New Tomorrow at the Young Vic, unlike my friend who wasn’t so lucky last weekend. She was invited by a leftist friend of hers and, unknown to her before accepting the invitation, the entire play was a BLM manifesto. Not surprisingly, she described the experience as a form of torture; her friend was enthralled. While I’m glad to miss out on London’s latest cultural trends, I was disappointed at having to cancel my reunion with friends — not least with Douglas Murray whose book launch for The Madness of Crowds at the Spectator offices remains a firm highlight of last year.

Thankfully, these frustrations and let-downs are outweighed by hope, love and trust. Seeing the uplifting images of Americans rallying around the President also warms my heart and lifts my spirits. I wish I could be there with them. You can be sure I’ll be on one of the first flights to America once restrictions are lifted — via London, to meet my goddaughter, of course.