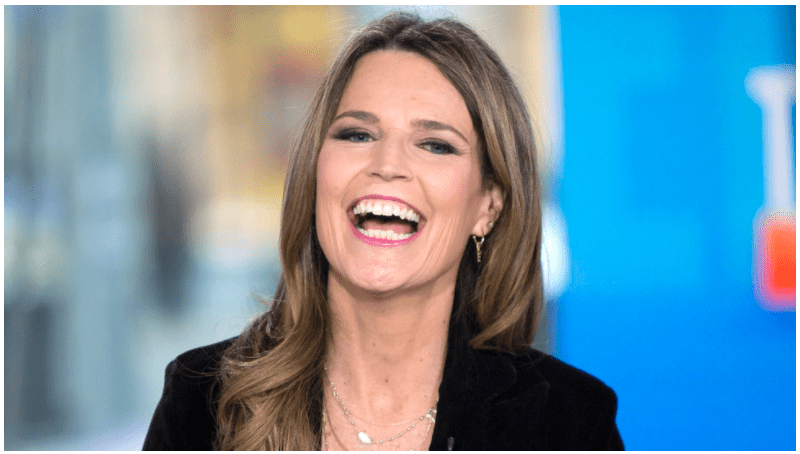 Leftist Savannah Guthrie was slammed online on Thursday night for her hostile and biased behavior toward President Donald Trump during an NBC News town hall event that was held in place of the second presidential debate, which was canceled last week.

Media reporter Joe Concha highlighted one such instance of Guthrie’s aggressiveness toward the president, writing: “Trump denounces White Supremacy multiple times. Savannah Guthrie follows by accusing Trump of dodging. This is already an absolute joke. And does the audience get to ask questions? Trump pushes back by asking why Lester Holt didn’t ask about Antifa. Trump denounces white supremacy a good four times. Guthrie: ‘It sounds like you’re dodging.’”

Political commentator Lisa Boothe commented: “Why is Savannah Guthrie debating President Trump? I thought this was a town hall. The media is garbage these days.”

Fox News host Greg Gutfeld tweeted: “NBC is embarrassing itself. worse than expected. Guthrie is like a poorly disguised ambush. even she follows up with planned questions after the ‘townhall’ question. what a horrible show trial.”

Political commentator Megyn Kelly noted: “So far, this is not a town hall for voters, it is designed to appease the angry NBC employees/Dems who are pissed off Trump’s on NBC at all.”

Reuters reporter James Oliphant wrote: “Savannah Guthrie tougher on Trump than most, but he also fought back and was better in this arena than he was in the first debate.”

Former White House Press Secretary Ari Fleischer wrote: “I just switched to NBC since ABC is in a commercial. Savanah[sic] Guthrie has interrupted Trump in these 60 seconds more than Stephanopulos has done to Biden in 40 mins. NBC is an interrogation. ABC is a picnic.”

Political commentator Dana Loesch wrote: “Guthrie’s performance here shows there is difference between being aggressive and being undisciplined.”

Federalist co-founder Sean Davis tweeted: “It’s turning into a nightmare for NBC News and Guthrie, who is now reading a question from a Biden voter (not her, someone else) about stimulus legislation, which Pelosi is blocking. Guthrie claims the Biden voter (again, not her) is ‘stuck in traffic.’”

Political commentator Dan Bongino tweeted: “Savannah Guthrie is, without a doubt, the worst moderator I have ever seen.”

Columnist Byron York tweeted: “It’s fine if NBC wants to have a Trump vs. Guthrie debate. Just don’t call it a town hall.”

The Daily Wire is one of America’s fastest-growing conservative media companies and counter-cultural outlets for news, opinion, and entertainment. Get inside access to The Daily Wire by becoming a member.