IMF warns about another ‘Great Depression’, Russia in prep overdrive

IMF warns of new ‘Great Depression’, Russia ahead of the curve due to increased cash & gold reserves 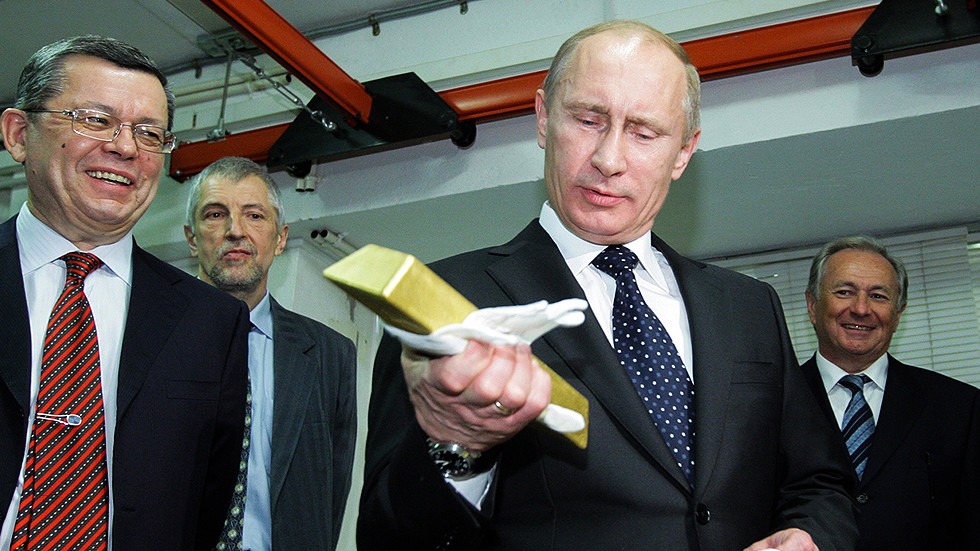 Bryan MacDonald is an Irish journalist based in Russia.
RT.com

Last week, the IMF issued a stark warning about the global economy. While most large Western states are vulnerable to a new crisis, Russia has prepared its defenses.

Kristalina Georgieva isn’t any sort of conspiracy theorist; she’s the head of the International Monetary Fund. And when she warns that the global economy risks another “Great Depression,” you would think everyone would listen.

But the Western reaction to her statement last week has been muted, with plenty of media outlets leaving it ‘buried in the mainstream’. Or simply ignoring the story.

For instance, rudimentary Google searches suggest neither the Financial Times nor the Economist have covered her comments at all. If so, it’s ethically questionable but also understandable, in a cynical sense, given their complete attachment to the doctrine of Neo-liberal economics.

One place Georgieva’s words haven’t fallen on deaf ears is Moscow, because her warning merely confirms what experts in the Russian capital have been saying for years: a major Western financial crash is both inevitable and reasonably imminent. And it’s going to make the 2008 meltdown look mild by comparison.

The reasons are simple, according to insiders in Russia: western governments have accumulated too much debt over the past decade, and there are a number of concerning bubbles in the system. These include US stocks, German and British property, and the oversized valuations of tech companies, especially startups unlikely to ever return their costs. Throw in aging workforces, wage stagnation, higher living costs, and disruption to traditional industries from IT innovation, and you have all the ingredients needed for a ‘big bang’.

As Russian pundit Kirill Shamiev points out, “in academia people have been quite vocal about [a major recession] since 2016-2017-ish,” and Russia “is in a more favorable position now than it was in 2007/8 [with] less reliance on western markets.”

Another reason Moscow can feel relatively secure, compared to other major European economies, is its massive cash and asset reserves. Since January 2015, the Kremlin has boosted its ‘rainy day’ fund from $376 billion to $557 billion, despite a deep recession and subsequent anemic economic growth. Indeed, the stockpile is now larger than before the 2014 Ukraine crisis, and not far off where it stood entering 2008 – a time when oil prices were through the roof.

Reliance on crude exports proved dangerous for Russia’s economy, with the ruble falling sharply in 2014 when prices collapsed. Keen to avoid a recurrence, the government introduced a ‘fiscal rule’ where revenues from oil sales over $40 a barrel are banked, rather than used for day-to-day spending.

What’s also interesting is how reserves have diversified. A decade ago, it was all about US dollars, but now gold makes up around a fifth of the total, meaning over $100 billion is currently tied up in the metal. Some suggest the focus on gold – which usually rises in value during a crisis – could be part of preparations for an eventual new monetary system.

Russia is not alone in diversifying from a reliance on the US currency. “Nations have expanded gold holdings by about 14% since 2009,” Bloomberg reported last year, naming China and Poland as other big buyers.

Russian business journalist Ivan Tkachev, of leading daily newspaper RBC, dismisses the idea Moscow is banking on a Western financial meltdown. ”Putin himself (and professional economists around him) do not believe, and wouldn’t bet on, eventual debt crash in the US or elsewhere,” he says. “He sincerely believes it’s the military power of the US, as well as the geopolitical advantage of the dollar as the most dominant currency in global trade, official reserves and international borrowings, that allow the US to disregard its large debt.”

However, he believes the policy is about protecting Russia from external shocks. “The general policy of cash hoarding and the general concept of “stability” (fiscal, monetary, financial) are, in my opinion, the manifestation of Putin’s deep mistrust for the West,” Tkachev adds. “[He desires] to ensure to the maximum extent against what he sees the ever-present risk of unfriendly external actions (such as more sanctions, trade restrictions or commodity price fluctuations that, in Russia’s eyes, may be not entirely random).”

Last week, Georgieva said current global economic trends are similar to those of the 1920s, which ended with the great market crash of 1929. She said rising inequality was a major concern. “In the UK, for example, the top 10% now control nearly as much wealth as the bottom 50%. This situation is mirrored across much of the OECD (Organisation for Economic Co-operation and Development), where income and wealth inequality have reached, or are near, record highs,” Georgieva said. “In some ways, this troubling trend is reminiscent of the early part of the 20th century – when the twin forces of technology and integration led to the first gilded age, the roaring 20s, and, ultimately, financial disaster.”

If she’s correct, Russia is better prepared for the shocks than any other large world economy. It also stands alone among major European states in being effectively free of external debts – no mean feat when you consider Italy’s government liabilities alone amount to over 130% of nominal GDP, at close to $2.5 trillion.