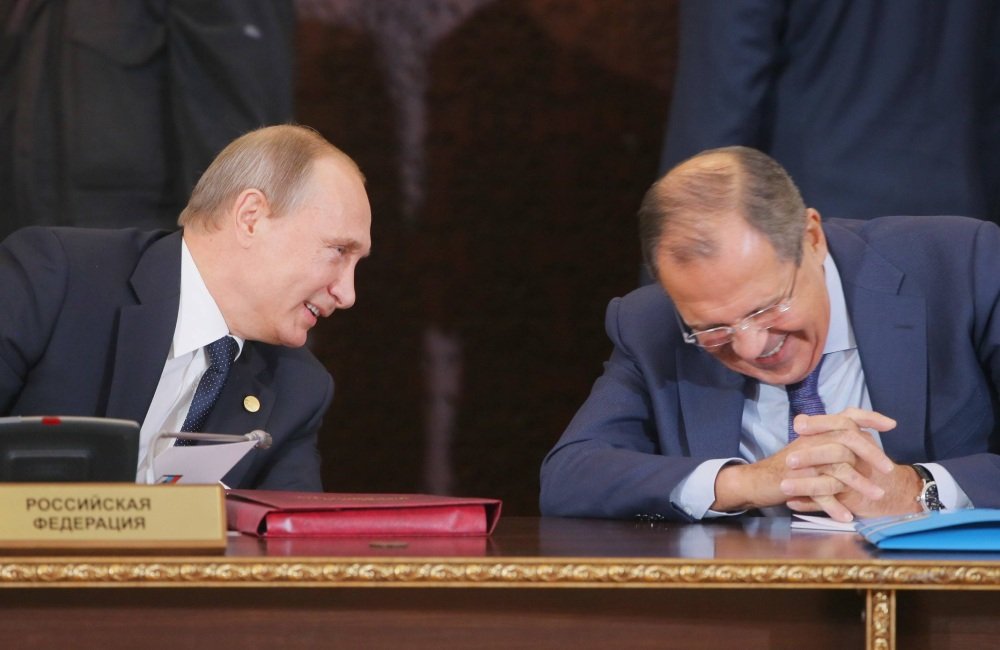 You have to believe that President Vladimir Putin and his fellow Kremlin pranskters planned it this way.

April Fools’ Day 2022 marks the first day that all nations unfriendly to the Russian Federation will be required to pay for their natural gas and oil in rubles, and only rubles… unless of course they want to pay with gold. See: Russia Just Broke the Back of the West

Not only is this a “first” in international energy transaction history, this Russian demand is totally non-negotiable as in: “No rubles, no gas.”

However, this rather abruptly decreed arrangement is not even the worst of it for those nations that greatly rely on Russian LNG.  For it is the world’s primary reserve currency — the US petrodollar — that is about to get clobbered.

As for the far-reaching ramifications of this brilliant move by Putin & Company, volumes will soon be written about the profound and permanent repercussions impacting every nation, corporation, NGO and person on the planet.

Certainly the WEF-Davos crowd is crapping is their collective pants right now—literally!  They cannot even believe that Putin upped the ante in this poker game where EVERYTHING is potentially on the table, particularly where it concerns the future of Europe.

As if that’s not big enough news affecting the world community of nations, here comes Larry Fink, Chairman and CEO of the $9.5 trillion BlackRock multinational investment management corporation declaring that globalization, as we know it, is over.

With one “special military operation”,
Putin puts an end to globalization.

Given this rapidly emerging new paradigm, the planet has already morphed from a unipolar locus of power dominated by Zio-Anglo-American Axis to a multipolar world where the BRICS-aligned countries will exert much more influence worldwide starting tomorrow.

Although not located in the Global South, Russia has led this profound transformation of the global geopolitical chessboard in favor of the voiceless masses of the Third World, and especially for the economic powerhouses of China and India. The WEF-Davos crowd “will come to the realization they can’t win a war against a united Global South” led by Russia, China & India.

It’s entirely true, with one masterstroke Putin kicked over the Checkers board played on by the New York City suits and Washington politicos, folded up the Monopoly board monitored by the London banksters and GCHQ spooks, and burned the Stratego board used by the Tel Aviv puppeteers and Jerusalem powerbrokers.  Of course, the papal Ouija board in the Vatican was ripped in half, as was the Scrabble board used by the word merchants in Rome.  For example: VATICAN BANK SENDS 10 MILLION EUROS TO RUSSIA – TO BUY RUBLES – TO BUY GAS

Let’s face it: the extremely devastating brand of predatory capitalism sold and carried out across the planet by the US-UK-EU-NATO terrorist group has been in the Kremlin’s crosshairs for quite some time.  All it took was the right time to pull the trigger.

Quite impressively, the Russian people have waited since the 1917 Bolshevik Revolution to shitcan those parties responsible for the subsequent 75-year reign of terror unleashed across the Soviet Union.  They know that the same nexus of globalists and banksters, neocons and neoliberals, Zionists and Bolsheviks are responsible for provoking the ongoing Ukraine War, as well as every other deprivation and indignity suffered by the Russian people since 1990.

You have to admit, the Russian temperament is exceedingly patient … and brimming with forbearance.  Putin, Lavrov (FM), Shoigu (DM), Mishustin (PM), Medvedev (SCRF), Bortnikov (FSB), etc. have come to represent that steely temperament and unwavering will of the very tough Russian citizenry.  Which is exactly why this toughest job in the world fell to Moscow to undertake … and prevail.

PUTIN’S RUSSIA: Perfect Foil To The Anglo-American Axis
And Their New World Order

Which also makes this April Fools’ Day a defining moment in human history—a unique point of no return when the yoke of globalism was untethered from humanity, once and for all.  That is, of course, if the globalist cabal doesn’t start a nuclear war.

The Powers That Be are desperate to sabotage the liberation of Russia from the NWO plantation—what is to be the first of many national emancipations to take place this year and beyond.  Hence, TPTB are well aware their whole game is coming to an end with the final collapse of the Global Gambling Casino also known as the stock market (they’re executing a controlled demolition 2008-style as we write).

In view of Putin’s April Fools’ Day timing, one thing for sure is that the April/May time frame is going to be very interesting—VERY INTERESTING INDEED!!!  In any event, you have to admit that Vlad Putin has a great sense of humor.  Who else could have set this sketch up where the curtain falls down — for the last time —  on the once Almighty Dollar?

The Armchair Geopolitical Analyst
State of the Nation
March 31, 2020

SOTN Editor’s Note: Although the point has already been made but rather obliquely, it cannot be a coincidence that April Fools’ Day 2022 was selected as the day to dethrone the Almighty Dollar by Vladimir Putin et al.  What’s quite noteworthy about this multi-century saga known as the Great Game is that Russia has done very little to remove the US petrodollar as the world’s primary reserve currency.  The Kremlin is merely taking the most prudent measures to protect the Russian economy and finances.  Which means that the true culpability for the coming collapse of Western civilization rests squarely on the shoulders of the tribe of Neocon Zionists who are directly responsible for the Ukraine mega-clusterf*ck.  Talk about fools—SUPER FOOLS of the highest order they are.  Talk about the greatest example — EVER — of cutting off one’s nose to spite one’s face!!!  This incorrigible clique of psychopathic and criminally insane Neocon Zionists is so hellbent on setting up their One World Government in Jerusalem, from which they plan to rule the whole world, that they already believe they’re there.  These fools somehow forgot about a little country called Russia—the only real devoutly Christian nation left on the planet today.  They also forget about the entire Global South, as well as all the other disenfranchised nations who have vociferously voted against the apartheid state of Israel in virtually every UN vote taken since 1945.  They also forgot that the Russian Federation possesses the largest landmass on Earth with a HUGE abundance of natural resources and raw materials desperately needed by the entire planetary civilization.  Really, is there a more foolish group of FOOLS anywhere in the Milky Way?!  Or, in this universe?!?!  April Fools’ Day 2022 will surely go down in history as the beginning of the end of the most harebrained scheme and stupidest plan ever cooked up… … …by the BIGGEST FOOLS in human history.