What we are about to witness is the greatest “WAG THE DOG” moment in U.S. history.

KEY POINT: Has anyone ever seen so many totally propagandized corporate and government initiatives to con the American people into blindly supporting Ukraine?!  Without skipping a beat, it went from Covid’s “We’re all in this together.” to “Stand with Ukraine” electronic billboards on every street corner. 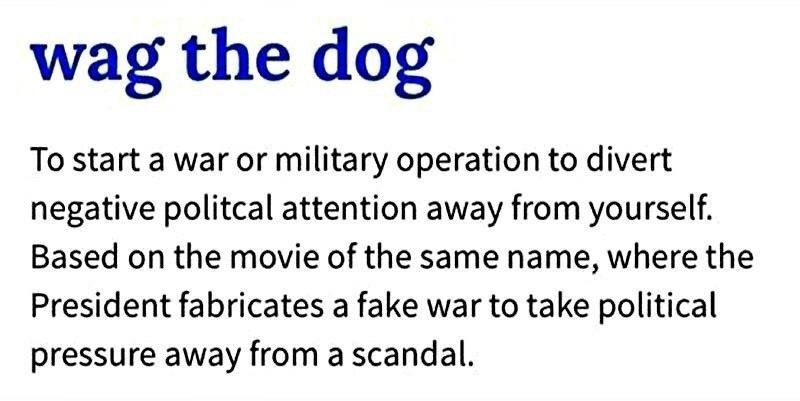 The bottom line here is that June’s October Surprise may very well be a full-blown WAG THE DOG black operation and psyop perpetrated specifically to distract the US citizenry from so much Biden administration malfeasance, mismanagement and misappropriation of taxpayer funds.  However, the primary purpose of any Biden war-making enterprise will be to divert the electorate’s attention from the stolen midterm elections without which the Democrats will resoundingly lose both the House and the Senate.

If the warmongering Neocon Zionists who are running the Biden administration do not morph the present proxy war in the Ukraine into a full-scale armed conflict with Russia in June, they will still have July, August, September and October to do so.